This recap of Reflection Of You season 1, episode 2 contains spoilers.

Reflection of You Episode 2 opens up with Heejoo reflecting in her studio from Lisa to Gaewon and her son, Hosu. She realizes that perhaps her interactions with Gaewon weren’t coincidental. Likewise, Hyungseong, Heejoo’s husband, finds out more information about the unconscious man in the hospital. It turns out that his name is Seo Woojae and has been linked to ‘Hannah’, Gaewon’s German alias. 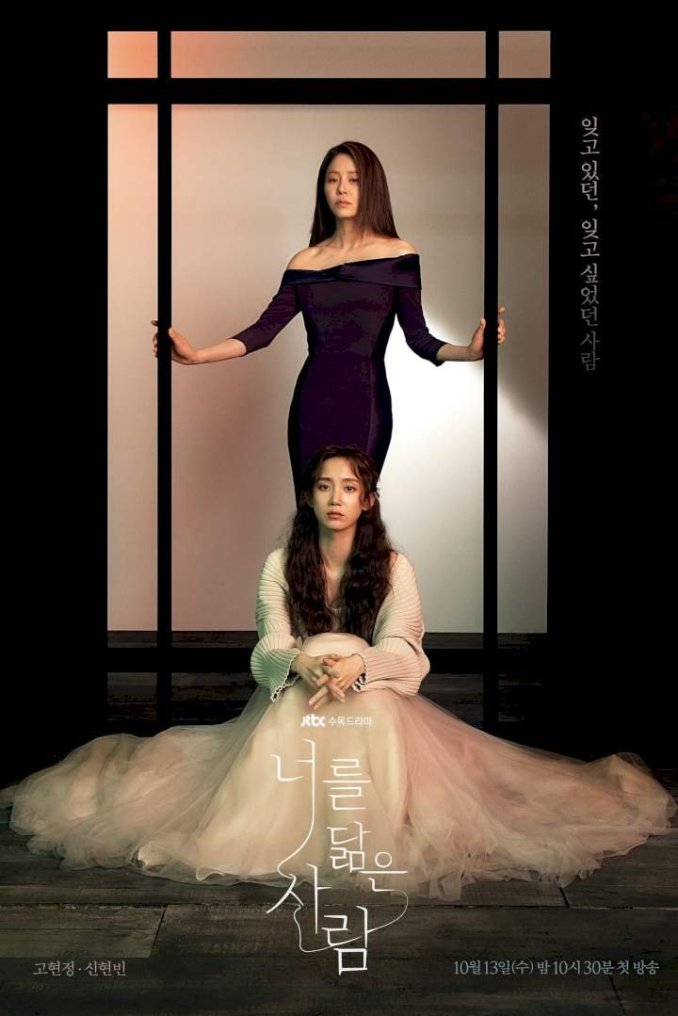 [Series] Reflection of You (Korean Drama)

Reflection Of You season 1, episode 2 recap

In the middle of the night, Lisa starts screaming and shouting about her hearing. Her brother, Hosu, is convinced that she’s gone insane but for Lisa, she seems to be in agony and pain. Upon hearing her daughter scream, Heejoo instantly comes down to try to resolve the situation. Distraught at the fact that Lisa screams she can’t hear anything, she decides to take her to the hospital. At the hospital, Hyungseong meets them there and the doctors reassure the parents that Lisa’s hearing is perfectly fine but it’s just a psychological issue on her end and recommends that Lisa goes into counseling. It’s upsetting to see how being physically assaulted by Gaewon has affected her — both physically and psychologically. When she was hit by Gaewon, she left the hospital with a hearing aid which suggests that Gaewon could have caused significant damage to the eardrums.

At the same time, Hosu runs around the hospital and accidentally spills his ice cream on Gaewon, who he refers to as “dinosaur lady”. She buys him a new one and as she walks away, he waves her goodbye just before his mother shows up. After realizing that her son is waving at strangers, unaccompanied, she panics frantically. Prior to this, she’s checking CCTV footage outside her house to see Gaewon speaking to Juyeong, Lisa’s friend, and Lisa at the other side of the gate.

As Lisa recovers, she’s become more cold and harsh towards her mother — refusing to open up about the altercation and from here, Heejoo realizes that her daughter’s life might have been upended following the assault. Meanwhile, Gaewon visits a local church, and whilst there, she watches people go in and out of the confession booth and meets Seongwoo, Heejoo’s brother.

In another scene, Gaewon and Heejoo have met up and Heejoo mentions the CCTV footage when she met Juyeong, Lisa’s hearing and blames Gaewon for the absurd change in her daughter’s attitude. She also questioned why she was still outside her house and asked what she whispered in Lisa’s ear after hitting her. Nonchalantly, she says ‘I told her to stop because I know everything.’ On her way back home, Lisa tells her mother that Juyeong “changed because of the crazy b*tch”, prompting her mother to stop meeting up with Gaewon.

Unable to get through to Seongwoo, she shows up at the hospital and tells him to stay away from Gaewon. She emphasizes that it isn’t purely coincidental that they both met each other. Furthermore, she goes on to tell him that she was the one that hit Lisa and sent her into psychological distress. Meanwhile, we find out that Seo Woojae was issued an emergency passport and left Ireland.

Heejoo’s going through it — her daughter’s been assaulted, feeling a sense of emptiness, and now feels like her son, Hosu, hates her as he constantly wants to spend time with her grandmother, not her. On the topic of mothers, we come to meet Gaewon’s mother, Jungyeon, at a bar where they both catch up and Gaewon reassures her that she isn’t suicidal.

Finally, the ending consists of flashbacks to the past as Heejoo films her promotional video for her artwork. We learn that Heejoo has been feeling empty since she sent her daughter abroad for school, she didn’t have a son, her husband was always busy and she never really got along with her mother-in-law. Instead, she turned to art where she met an enthusiastic Gaewon, teaching her everything she knew about painting. Gaewon was like an interim daughter to her. We also learn that Gaewon was engaged to Woojae through the flashback. At the engagement shoot, Heejoo surprises her with a green coat as a gift for her year in Germany.

As we meet Woojae in the flashback, it’s clear that there’s some obvious history between him and Heejoo. Gaewon is shooting her solo pictures and as Heejoo prepares Woojae in his suit jacket, they avoid all forms of eye contact with one another. Then, she’s encouraged by Gaewon to join the photoshoot. She’s stood on the side, isolated from the both of them until Woojae firmly pulls her in, gripping on her hand. The way the camera zones in on their hands practically gives it away — there was something between them but we just don’t know what yet.

Walking In Wisdom for Financial Dominion! By David Oyedepo