This recap of The Walking Dead season 11, episode 8, “For Blood”, contains spoilers.

It feels a bit like this entire season of The Walking Dead has ambled towards some drama with all the pace of a walker, or at least someone dressed like one. There have been plenty of good — and even some great — episodes along the way, of course, but between the Reapers, the Commonwealth, Alexandria’s failing infrastructure, and Maggie and Negan’s testy relationship, the various plot and character strands have felt pretty separate. This is less true as of “For Blood” — even if only slightly. It takes one of the Reapers’ unfortunate redshirts, Wells, smugly venturing away from Meridian on Pope’s orders to try and redirect Maggie and Negan’s homemade horde. While he’s out there, he’s pincered by the undead, shanked by Maggie and Negan, and left to be noisily eaten next to his radio. The point is clear. Some drama has arrived. 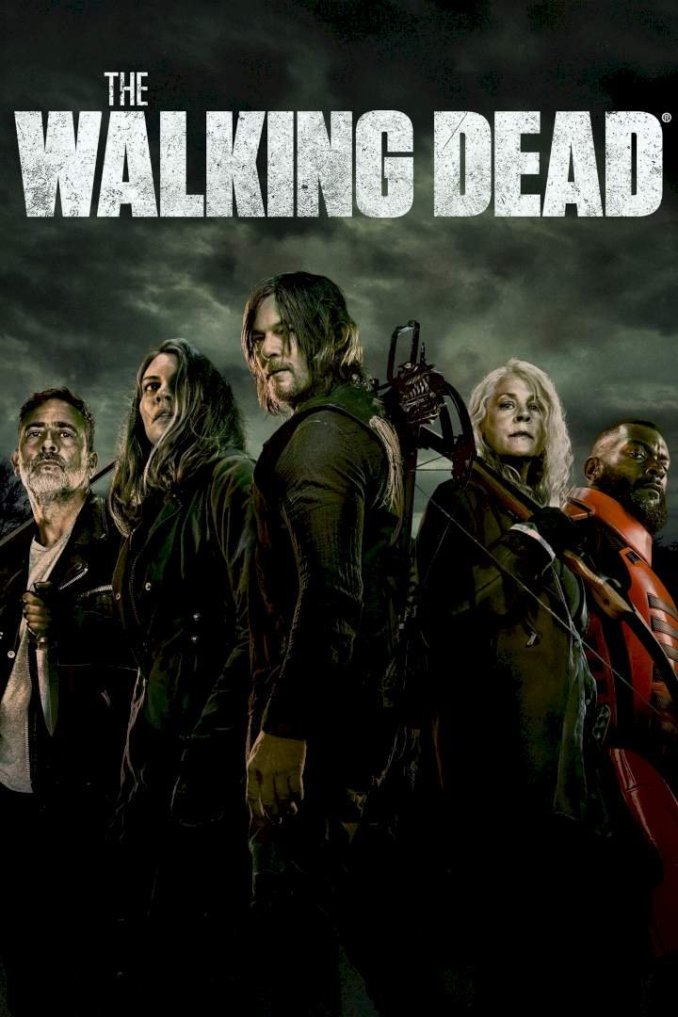 This is what happens, I suppose, when you have a bumper-sized season to work with, and “For Blood” is the first of two midseason finales rather than a logical halfway point. The real endgame content feels like everything involving the Commonwealth, but that has been consistently shelved to focus on these bland, cultish militiamen. All roads inevitably lead to the Commonwealth, so the remains of Alexandria being swept up in a biblical storm is hardly surprising, even if that feels like a slightly cheap way to undo all the time that has been spent trying to repair the place. It does also feel, admittedly, appropriate for a big, climactic episode, at least in its structure. Part of the wall blows down, and a fire starts in the windmill, so the remaining Alexandrians have to split into three groups — one to repair the wall, one to put out the fire, and a third to protect the children. That’s a lot of characters imperiled at once.

You can say the same about Meridian. There’s a caveat, obviously, since Pope seems to have had a peek at the script, but his realization that Maggie is responsible for the assault means that Daryl has to break character and start aiding their infiltration while the horde stumbles dramatically into the perimeter mines. The episode moves between these two big setups rapidly; Daryl shanking a goon one minute, Rosita running out into the rain for a big — if rather cheesy — heroic moment the next. The back-and-forth structure helps to ratchet up the tension, even if some of the developments, such as the Reapers wheeling out a homemade fifteenth-century Korean rocket launcher called a hwacha, conspire to undermine the good work.

Within all this, more distinct threads begin to emerge. Judith’s arc of growing into the leadership role of her parents is developed by Virgil’s presence — he was with Michonne, you’ll recall, more recently than anyone else was — and by the responsibility heaped upon her by the storm; she’s to make sure the other children remain calm and safe, but as she stares wistfully through the rain-dappled windows at Rosita clearing the front porch, you can tell she wants to be out there herself. Daryl confesses to Leah who he really is, and what’s really going on, seconds before Pope arrives on the rooftop ready to rain hellfire on the horde. The script cheats here a little, though. Leah’s is in an interesting predicament, torn between her adopted family and her love for Daryl. She has to make a decision about whether to rat him out or help him take down Pope. But once Maggie sends a Jeep careering through the perimeter fence, granting the horde access, Pope goes bonkers and starts ordering the hwacha fired on his own men, claiming that God will save them, that God speaks through him, and that to question him is to question the Lord. Leah’s decision is essentially made for her. She unceremoniously shanks Pope in the throat. What else could she do?

ALSO READ >>  How To Produce A Movie In Nigeria

The more interesting development occurs after, though. Leah radios Carver and the others and says that Daryl killed Pope. Even though Pope lost sight of what mattered, she hasn’t — it remains people, her people, and she’s willing to do whatever it takes to protect them, much like how Daryl is willing to do the same for his own family. This apparently extends to letting Daryl hop off the rooftop, though. She says to Carver afterward that, once he has closed the gate, they’re going to kill everybody inside the walls. In that case, why let Daryl go? If Leah has assumed leadership of the Reapers and thus some Big Bad responsibilities, she should have killed him — or at least kept him there — on the spot. None of this makes much sense.

Perhaps it’s for dramatic effect. “For Blood” ends with two major moments. In the first, Judith discovers Gracie looking for a weapon in the house’s rapidly flooding basement, which leads to the two of them being trapped down there as the water rises. And in the other, Leah orders the Reapers to retreat, and then smugly opens fire on the courtyard with the hwacha, just as Pope would have wanted.