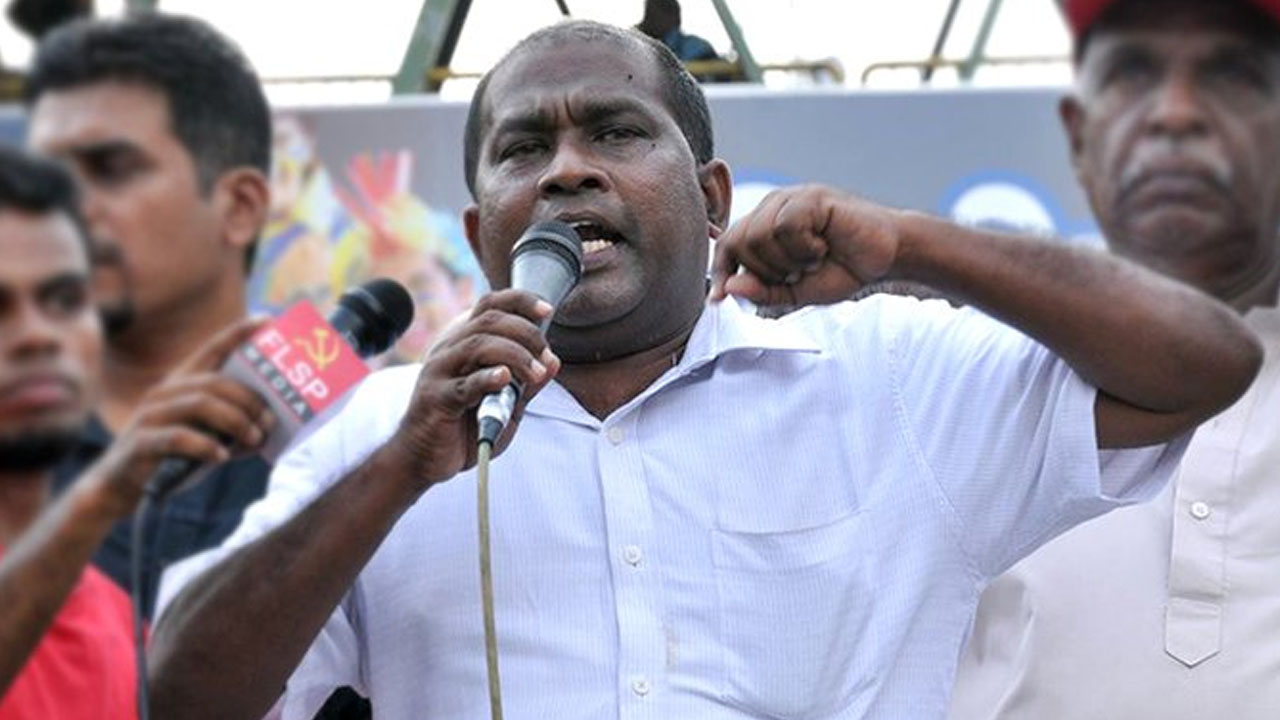 Police have arrested scores of people on charges of damage to public property during months of protests, which peaked with the flight and resignation of president Gotabaya Rajapaksa in July.

Stalin, 57, was arrested on Thursday for contempt after he participated in an anti-government demonstration that was banned by a court in May.

Stalin, named after the late Soviet leader by his staunch communist father, thanked UN Human Rights Council officials who had called for his release and fellow activists who demonstrated across Sri Lanka demanding his freedom.

“The government cannot intimidate us through arrests, there are at least another 50 protesters who are held across the country,” Stalin told AFP, vowing to continue agitating against the new president, Ranil Wickremesinghe.

Tens of thousands of people, incensed by the island nation’s unprecedented economic crisis, stormed Rajapaksa’s palace and his seafront office on July 9, blaming him for mismanaging Sri Lanka’s finances.

He fled the country and later resigned.

His successor has drawn a distinction between “protesters” and “rioters” and vowed tough action against “any troublemaker”.

Stalin, the secretary of the Sri Lanka Teachers’ Union, became the senior-most activist to be arrested in the new government’s crackdown.

Police have also arrested another protester who had raided the liquor cabinet of the deposed leader, downed a beer and took off with a presidential mug.

Another was arrested for removing two official flags from the palace and using them as a bedsheet and a sarong.

Soon after protesters overran the Presidential Palace, there were social media posts of them frolicking in the pool and bouncing on four-poster beds inside the sprawling compound.

But protesters also turned over to authorities around 17.5 million rupees ($46,000) in crisp banknotes that had been found in one of the rooms.

The military last month demolished a protest camp outside the president’s office — a move that drew international condemnation over the alleged use of excessive force on unarmed demonstrators.