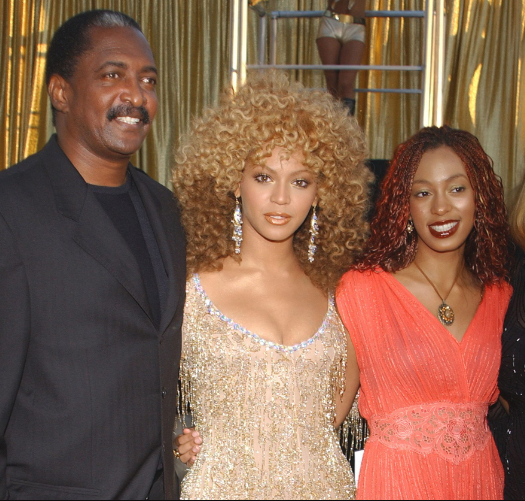 Singer Beyonce’s father, Mathew Knowles has shared some of the lessons he taught his daughters that he will like others to learn.

He revealed that he taught the superstar singers, Beyoncé and Solange from a young age to “practice failure”.

He said he prepared them ahead to plan on what to do if something goes wrong while they are performing, so that they are never caught off guard.

He tweeted: “One thing I taught Beyoncé and Solange was to practice failure. We would practice how they’d respond if their microphone got cut off, if their shoes broke on stage, if the wrong song got queued in their performance set. Anything can happen and they were always prepared to have a response!

“I would like for you to consider the same lesson. Whether you’re a performer or artist, or an entrepreneur or professional, practice how you’ll respond in the event you fail. It’s a skill that can and should be developed!”

“My Genius and personal comedian” – Lateef Adedimeji’s Wife, Mo Bimpe Celebrates him on his birthday

“Celebrity life is too sweet” – BBNaija’s Cross, expresses excitement after a fan paid his bill

Hours after Bobrisky got busted with alert stunt, James Brown claims his potential lover sent N2m for his birthday

“I haven’t dated anyone in 10 years, but I’ve been having intercourse” – Comedian Mr Macaroni reveals (Video)