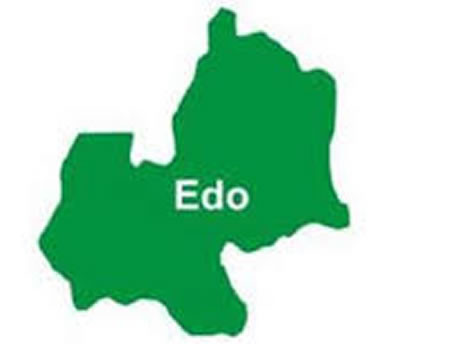 Gunmen suspected to be herdsmen have kidnapped Godwin Aigbogun, the chairman of the ruling All Progressives Congress (APC) in Ugu Ward, Orhionmwon Local Government Area of Edo State.

It was gathered that Aigbogun, 54, was kidnapped on Monday, July 18, at Ologbo-nugu Community on his way from the farm.

The assailants were said to have stormed out of the bush and forced the victim’s vehicle to a halt at gunpoint and whisked him away to unknown destination.

Spokesperson of the command, Jennifer Iwegbu, who confirmed the development said that the police has received a report of the kidnap of the APC chieftain from the former Edo State Publicity Secretary of the party, Comrade Godwin Erhahon of Ologbo-unu village in Orhionmwon LGA.

Iwegbu said that on receipt of the information, a team of operatives from the command’s cack team, Anti-Kidnapping and Cyber Crime Unit swung into action, mobilised to the scene and embarked on aggressive bush combing with the aim of rescuing the victim unhurt and possible arrest or killing of the suspected kidnappers.

She added that while the detectives are establishing the location of the kidnappers, the Commissioner of Police, Edo State Command, Mr Abutu Yaro enjoined the people to remain calm so that police efforts to rescue the victim and possible arrest of the kidnappers would not be jeopardized.

Meanwhile, a family member who craved anonymity told Daily Trust that the kidnappers have demanded N5 million ransom before his release.

“They have contacted the family and are demanding N5 million ransom for his release,” the source said.