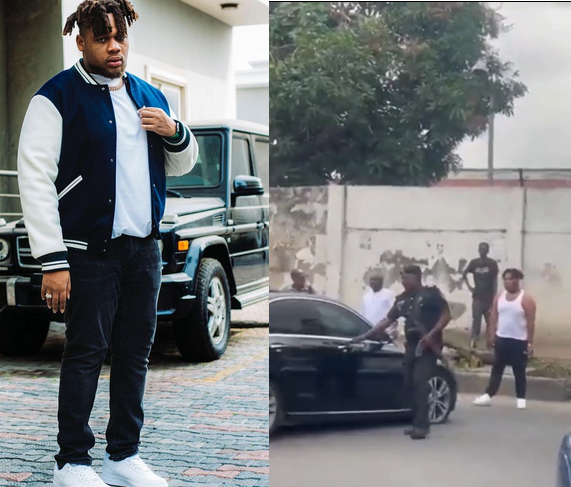 In a viral video shared online, the singer was seen having a disagreement with the authorities after he was reportedly stopped this afternoon by the officers in Ikeja, Lagos.

Watch the video below….

“You wey no dey set up alter normally, how many billions you don make?” Comedian Acapella replies Daddy Freeze after he pointed out that Chinese are not religious yet are wealthy