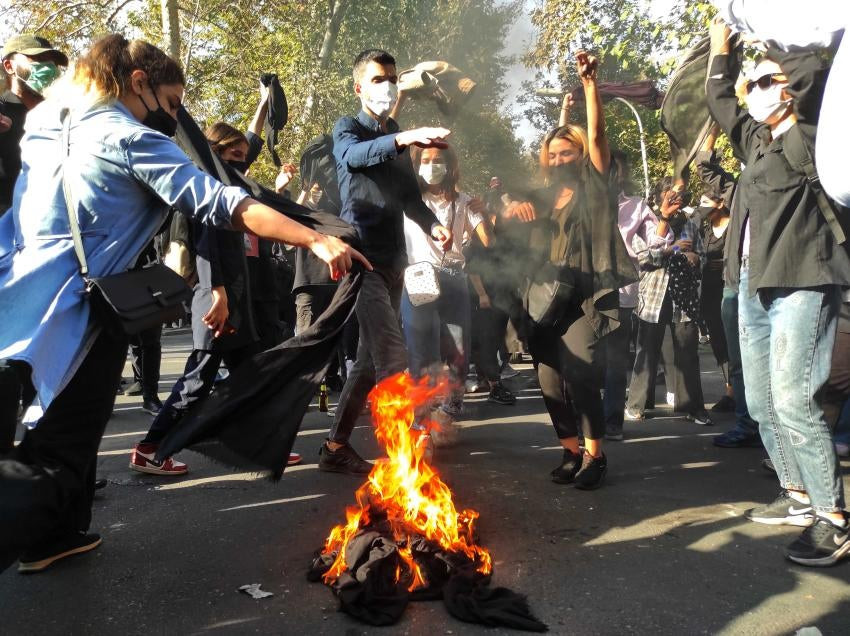 The United States has issued sanctions on seven senior Iranian officials over the Iranian government’s violent crackdown on mass protests and restrictions on internet access in the country.

The massive protests taking over the hardcore Islamic republic of Iran were sparked by the death of Mahsa Amini, a 22-year-old Kurdish Iranian woman detained by the country’s morality police on September 13 after being accused of violating the country’s conservative dress code.

The White House on Thursday, October 6, said the US was going to take further action against Iran over their response to the protests earlier this week.

Secretary of State Antony Blinken said the new US sanctions announced Thursday were due to Iran continuing to crack down on “the right to freedom of expression and right of peaceful assembly, including by shutting down access to the Internet” following the death of Amini.

The new sanctions target Iran’s Minister of the Interior, Ahmad Vahidi, who oversees all the country’s Law Enforcement Forces (LEF) that have been used to attempt to suppress the protests.

The sanctions also target Eisa Zarepour, the Minister of Communications, who is “responsible for the shameful attempt to block the internet access of millions of Iranians in the hopes of slowing down the protests,” the release from the Treasury Department states.