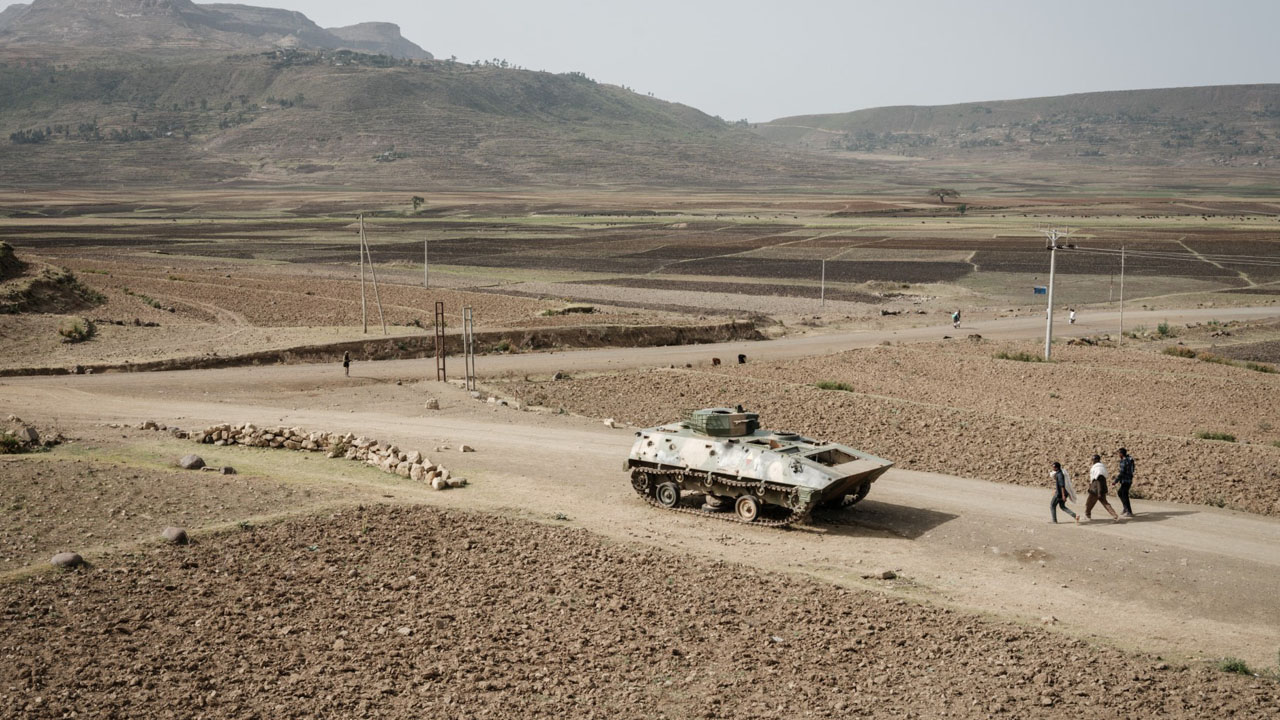 Ten people were killed in the second day of air strikes on Ethiopia’s Tigray region Wednesday, hospital officials said, in attacks that came after authorities there expressed readiness for a ceasefire.

Twin drone attacks hit a neighbourhood in Tigray’s capital Mekele at around 7:30 am (0430 GMT), killing 10 and injuring more than a dozen others, two officials from the biggest hospital in the war-torn region said.

The air raids follow an announcement by Tigrayan authorities on Sunday that they were ready for talks led by the African Union (AU) to end almost two years of brutal warfare in northern Ethiopia.

On Wednesday, the Ethiopian government said it was “committed” to the AU-led peace process following calls by the international community for the warring sides to seize the opportunity for peace.

“Death toll raised to 10,” Kibrom Gebreselassie, a senior official at Ayder Referral Hospital in Mekele, told AFP via text message. In a later statement, he said 14 people were injured.

Fasika Amdeslasie, a surgeon at the same hospital, confirmed the death toll, adding that the first bombing injured two women followed by a second strike “on the people gathered to help and see the victims”.

“Among the victims, a father was dead and his son is taken to surgery,” he said on Twitter.

AFP was not able to independently verify the claims. Access to northern Ethiopia is severely restricted and Tigray has been under a communications blackout for more than a year.

Dimtsi Weyane, a TV network run by Tigrayan authorities, said its station was also hit on Tuesday, forcing it off the air and “causing heavy human and material damage”.

“The regime in #Addis continues to defy any possibility for a peaceful solution through a show of force & air raids,” Kindeya Gebrehiwot, a spokesman for the Tigray People’s Liberation Front (TPLF), said on Twitter following Wednesday’s attacks.

Prime Minister Abiy Ahmed’s government has not commented on this week’s reported bombings, and AFP requests to officials were not answered.

Tigray has been bombed several times since fighting resumed in late August between government forces and their allies, and rebels led by the TPLF, which ruled Ethiopia for decades before Abiy took office in 2018.

The return to combat shattered a March truce and dashed hopes of peacefully resolving the war, which has killed untold numbers of civilians and triggered a humanitarian crisis in northern Ethiopia.

Both sides have accused the other of firing first, and fighting has spread from around southern Tigray to other fronts farther north and west, while also drawing in Eritrean troops who backed Ethiopian forces during the early phase of the war.

TPLF military boss Tadesse Worede on Tuesday said “Eritrean forces are in Sheraro”, a town in northwestern Tigray, where the rebels said they were resisting a major offensive by Ethiopian and Eritrean troops launched earlier this month.

– Diplomatic push –
Frantic diplomatic efforts are underway to end the war, with the new US envoy to the Horn of Africa, Mike Hammer, extending his visit to Ethiopia this month.

The offer by Tigrayan authorities to participate in AU-led talks removed an obstacle to negotiations with Abiy’s government, which had insisted the pan-Africa bloc based in Addis Ababa mediate any potential talks.

“The Ethiopian government is committed to the AU-led peace process and expressed hope that the EU would support efforts to end the conflict peacefully,” the foreign ministry quoted Deputy Prime Minister and Foreign Minister Demeke Mekonnen as saying Wednesday at a meeting with a visiting EU envoy.

It was the first official comment by the government after the Tigrayan authorities said they were ready to negotiate.

Abiy’s government has declared the TPLF a terrorist group and considers its claim to authority in Tigray illegitimate.

The UN human rights office has documented hundreds of civilian deaths from air strikes and drone attacks including on refugee camps, a hotel and a market.

It has warned that disproportionate attacks against non-military targets could amount to war crimes.

The government has accused the TPLF of staging civilian deaths from air strikes to manufacture outrage and insists it only targets military sites.

Abiy, a Nobel Peace Prize laureate, sent troops into Tigray in November 2020 to topple the TPLF in response to what he said were attacks on federal army camps.

But the TPLF recaptured most of Tigray in a surprise comeback in June 2021.

It then expanded into the neighbouring regions of Afar and Amhara before the fighting reached a stalemate.