Spain have been knocked out the 2022 FIFA World Cup by north African side Morocco at the round of 16 stage. 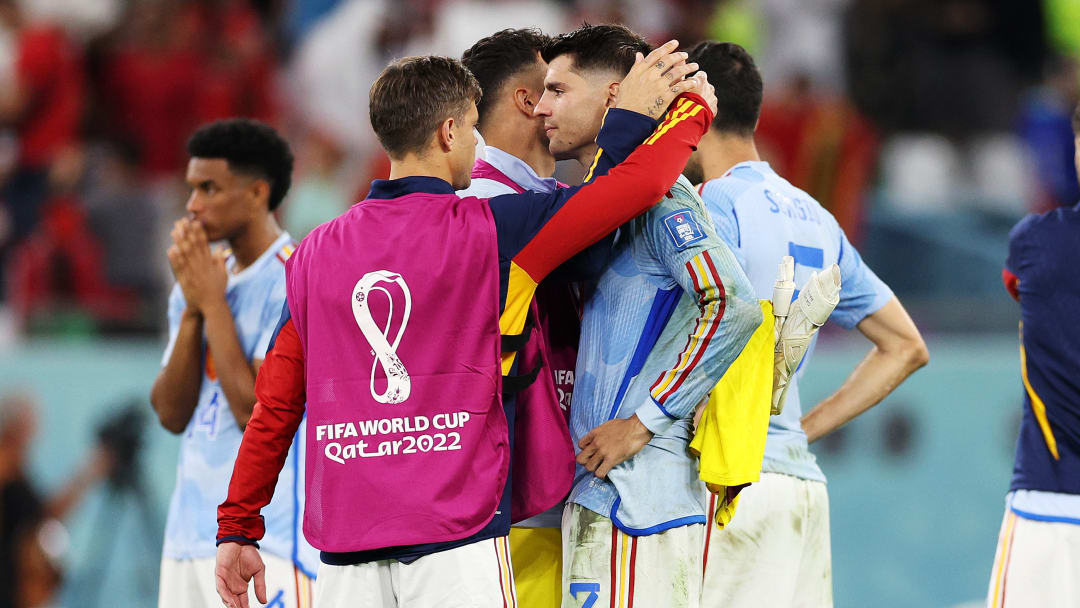 Luis Enrique’s side were held at arm’s length by Morocco for 120 minutes, before bowing out following a 3-0 penalty shootout defeat.

Pablo Sarabia hit the post with Spain’s first penalty – and also hit the post from point blank range in the 119th minute of extra time too – before Sergio Busquets and Carlos Soler saw rather tame penalties saved by Yassine Bounou in the Morocco goal.

The win for Morocco was sealed in cheeky fashion by their star player Achraf Hakimi, who delightfully panenka’d the ball past a stranded Unai Simon.

The result marks the first time that Morocco have ever made it through to a World Cup quarter-finals, while Spain have now gone out of three consecutive major tournaments on penalties.