Robert Lewandowski scored his first Barcelona goal in a 6-0 rout of Mexican side Pumas in the Joan Gamper Trophy pre-season clash on Sunday.

On his Camp Nou bow, the Polish international, who switched from Bayern Munich in the summer, scored after three minutes from a particularly tight angle.

Pedri added the second and fourth goals in the fifth and 19th minutes, sandwiching a strike from Ousmane Dembele. 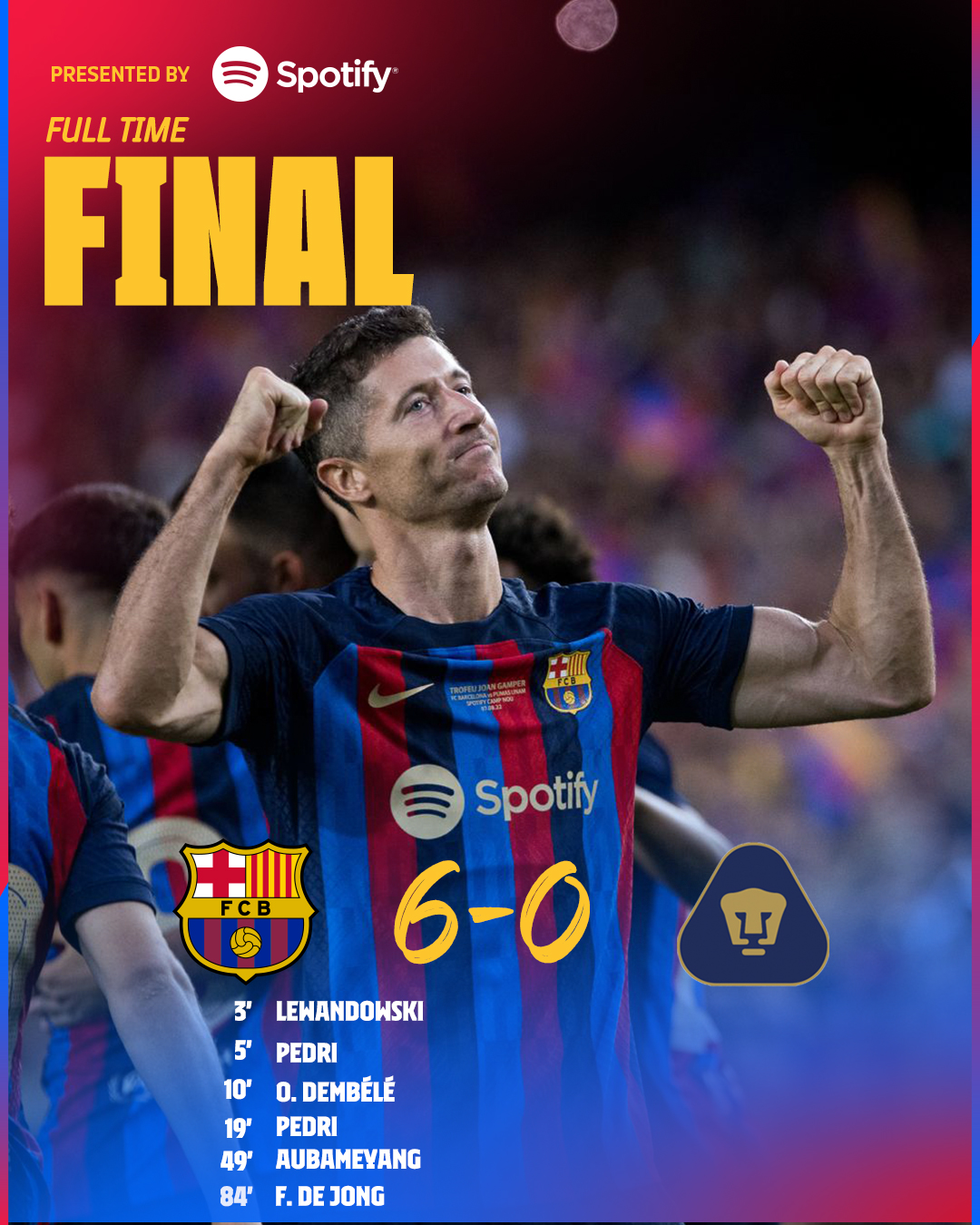 Pierre-Emerick Aubameyang and Frenkie de Jong completed the rout in the second half.

Lewandowski also played a key part in Pedri’s second goal with an inspired pass to set up the midfielder.

Barcelona begin their LaLiga season at home to Rayo Vallecano on Saturday.