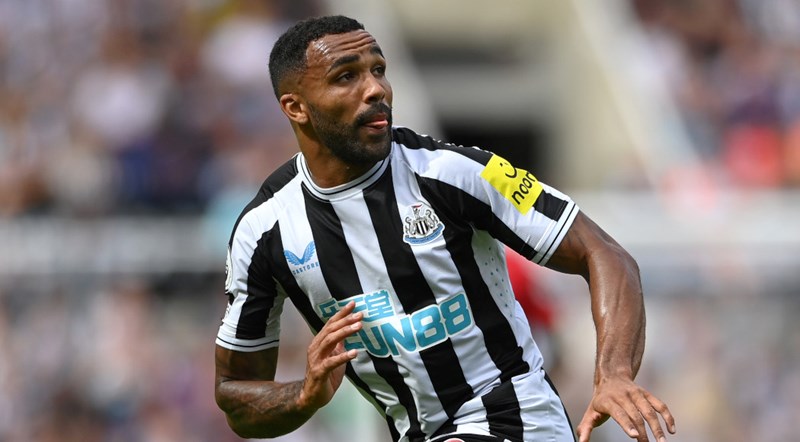 Newcastle United striker Callum Wilson and West Ham United forward Michail Antonio backed the Premier League’s decision for teams to limit their pre-match anti-racism gesture of “taking the knee” to only some significant games this season.

Players took the knee during last weekend’s opening round of matches and the gesture will also be seen during the “No Room for Racism” match rounds in October and March, Boxing Day fixtures after the World Cup, league matches on the final day of the season and FA Cup and EFL Cup finals.

“Doing it week-to-week, just because it’s something we’ve been told to do… it’s probably faded and lost its impact,” Wilson told Footballer’s Football Podcast.

“I think it comes down to the government doing more, too. “Everyone loves football. Football brings people together, but it can’t just be us trying to make that change.”

Following the death of George Floyd, a Black man who died in police custody in Minneapolis in May 2020, Premier League players showed their support to the Black Lives Matter cause by taking the knee before the start of every match, a gesture that was first performed by NFL player Colin Kaepernick in 2016.

But whether players should continue taking a knee has divided opinion across sport. Antonio said it was good that the gesture had not been abandoned completely.

“I wouldn’t say we should completely stop it. It still has impact. As kids are going to games, they always say, ‘why do they do that?’ – I know for a fact that kids are asking the question. They’re getting educated.”

Crystal Palace manager Patrick Vieira said last week that teams should not stop making the gesture as a statement still had to be made.