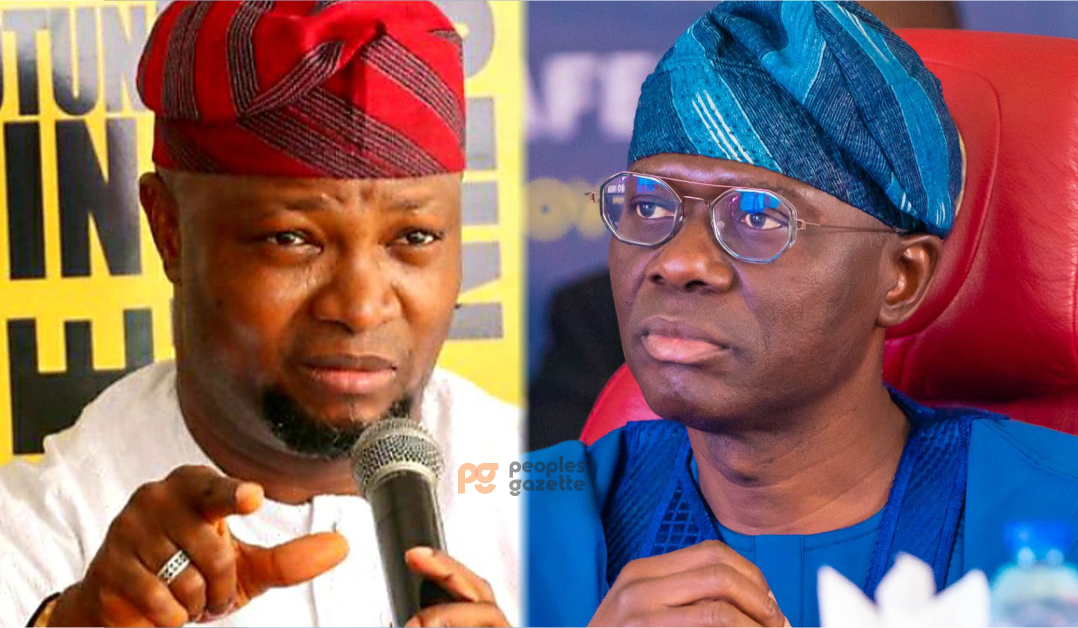 PDP governorship candidate, Olajide “Jandor” Adediran has labelled the Lagos State governor Babajide Sanwo-Olu a failure riding on the wings of powerful politicians to rule, noting he has incurred a N273 billion debt without executing notable projects “to show for it.”

“Like other professional lackeys, his entire career has been made possible, thanks to the intervention of powerful patrons so he cannot possibly understand why anyone would consider being an independent entrepreneur,” Mr Adediran wrote in a statement on Monday.

The statement was a response to the governor’s Sunday interview on Channels TV where he described his PDP opponent as too inexperienced to govern a commercial state like Lagos.

“You need to ask the candidate of the other party what his experience is. Does he have real knowledge of governance?” queried Mr Sanwo Olu on Sunday.

Responding, Mr Adediran boasting of launching a business at 37 years, said Mr Sanwo Olu could never fathom the rigours of building a successful business from scratch, since he has always been handed government appointments by his powerful godfathers.

He insinuated that Mr Sanwo Olu’s lack of entrepreneurial knowledge to earn revenue, may have triggered his reckless borrowing to the tune of N273 billion “with nothing to show for it.”

“Considering he has no regard for entrepreneurs or appreciation for our achievements, is it any wonder that he grew Lagos’s domestic debt stock from N507.38 billion recorded as of March 2021 to N780.48 billion in March 2022,” questioned the PDP governorship hopeful.

Mr Adediran said “someone who borrowed N273.1 billion naira on behalf of the state in one year with nothing to show for it,” may not “appreciate what it means to create revenue, employment opportunities and positive growth without assistance”.

He further took a jab at Mr Sanwo Olu for admixing his governorship duties to act as “chaperone” to Bola Tinubu, the APC presidential candidate who has been visiting different states across the nation in preparation for the 2023 general elections.

“Our good governor abdicated his responsibilities in the middle of serious floods in Lagos to chaperone his ailing principal during the APC campaign tours,” Mr Adediran pointed out.

“Sanwo-Eko had its chance to make good on the promises he made to Lagosians, he has failed and we have suffered for it. it’s time for a new perspective, it is time for a breath of fresh air in Lagos, No more Sanwo-Eko…it’s now Jafun-Eko,” the PDP governorship candidate said.