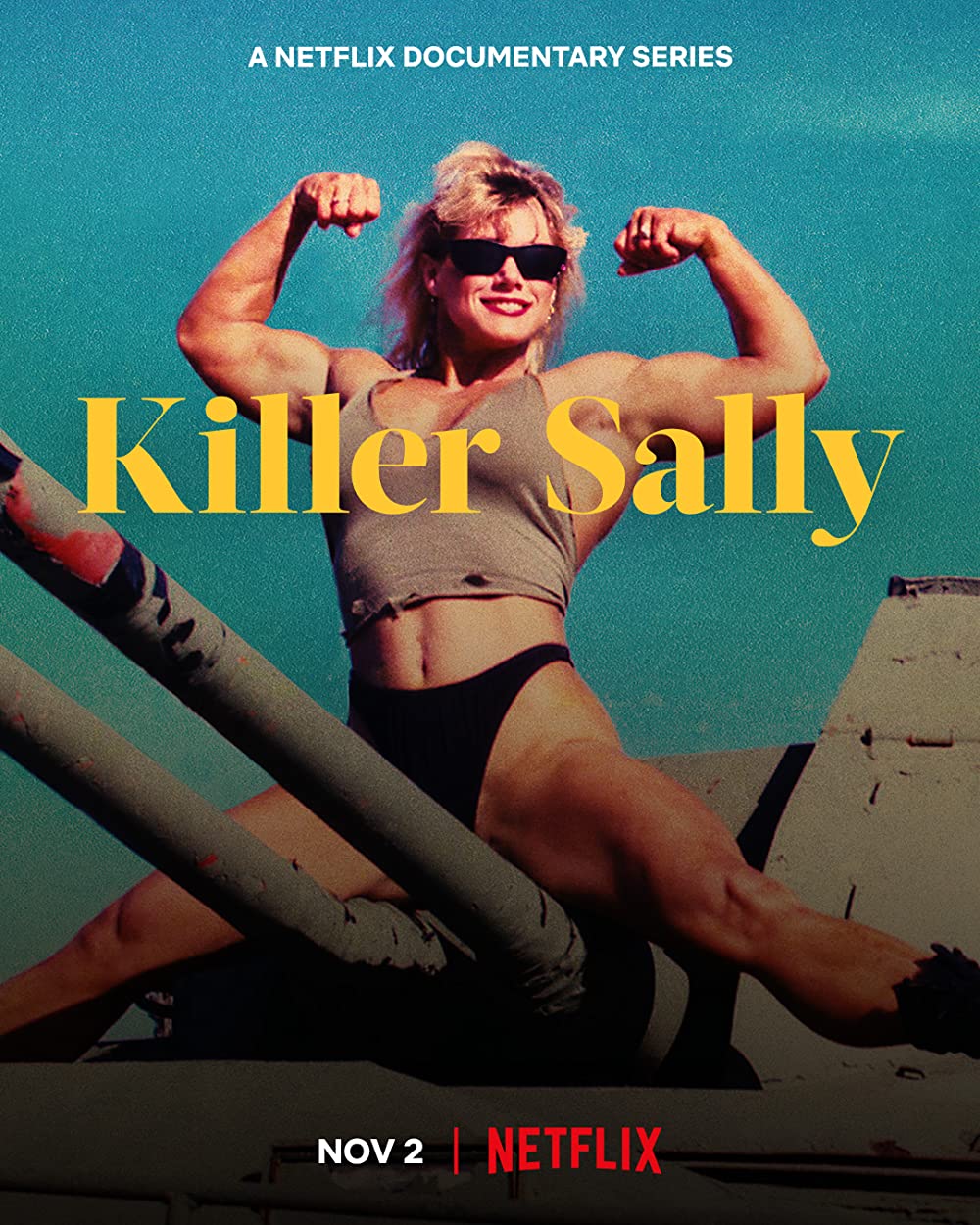 Killer Sally is an interesting three-part documentary series, offering a look inside the troubled marriage of Ray and Sally McNeil, which ended in heartbreak and murder. As you might expect from the title, Sally McNeil was tried for murdering her husband, shooting him twice.

The three episodes are structured quite well, with the first looking at things from Sally’s perspective. There’s a good 10 minute chunk here that dives into the history of bodybuilding too, including Arnold Schwarzenegger’s impact on the sport, and the use of steroids as a whole. With the couple eking out a living and struggling to make ends meet, Ray turned pro while Sally stayed as an amateur.

The cracks begin to show when we learn Ray used to beat Sally and after spending $23k on him in 1993, Ray placed 15th at the Mr Olympia competition and beat Sally senseless as a result. With two children, Santina and John, also subjected to abuse as well, on Valentine’s Day 1995 Sally snapped and shot her husband dead.

Despite claiming self-defence, the second episode switches things up and offers a very different perspective. Here, we see things from Ray’s friends and family’s side, along with investigative reporters and the prosecution lawyer for the court case, who bring up important aspects of the case Sally conveniently misses out in episode 1.

I won’t dive into that here but suffice to say it’s a nice way of re-contextualizing everything we’ve learned until that point, before the third and final episode tackles the court case and the inevitable outcome of the murder.

Although the series does tend to meander a little, the biggest problem here comes from the repeated footage used. The audio pulled from Sally phoning the police is re-used on three different occasions. There are stock videos of competitions re-used throughout, while we’re told information in episode 3 that we learned in episode 1. Whilst some of this can be attributed to the fact that some of this is given a slightly different slant, it still feels quite repetitive at times.

Killer Sally does manage to keep things interesting though, and hearing from Sally definitely helps to give some authenticity to the entire series. Although it’s certainly not without its stylistic faults, there’s enough here to enjoy all the same.