Vociferous Morocco crowd gingered us to pop up the volume 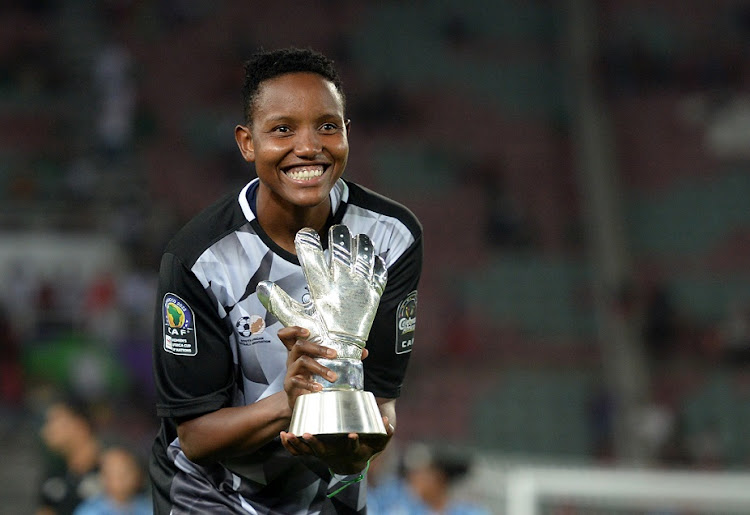 Banyana Banyana goalkeeper Andile Dlamini said the louder the noise became in the packed Stade Prince Moulay Abdellah in the Women’s Africa Cup of Nations (Wafcon) final in Rabat, the more SA were inspired to play.

Vice captain Dlamini said playing in front of big crowds is part of SA football culture and Banyana turned a disadvantage of meeting the hosts into an advantage.

“It felt like they were South Africans,” the Goalkeeper of the Tournament told the SA Football Journalists’ Association afterwards, grinning broadly.

“When they were screaming, I was like, ‘Why are you doing that? because you are only giving us strength, you are only pushing us’.

“And we love playing in front of a huge crowd — that’s our style in SA. And now you [the crowd] are making us play tiki-taka football. You will make us circulate the ball by making a whole lot of noise.”

Dlamini was asked about the pressure of carrying the hopes of a nation as Banyana went in search of their first Wafcon trophy, having been runners-up five times.

“I’ve even lost weight,” she said. “I’m extremely grateful to be a part of this beautiful team, a team that motivates South Africans, because I know for a fact South Africans are going crazy.

“I’m happy to be a part of this amazing tournament that has grown hugely, and to the sponsors here: keep on coming — support women.

“And I’m grateful for the sponsors and leagues in SA — Sasol and Hollywoodbets. But I’m still urging corporate SA to come on board and support women. What more should we do for you guys to support us?”