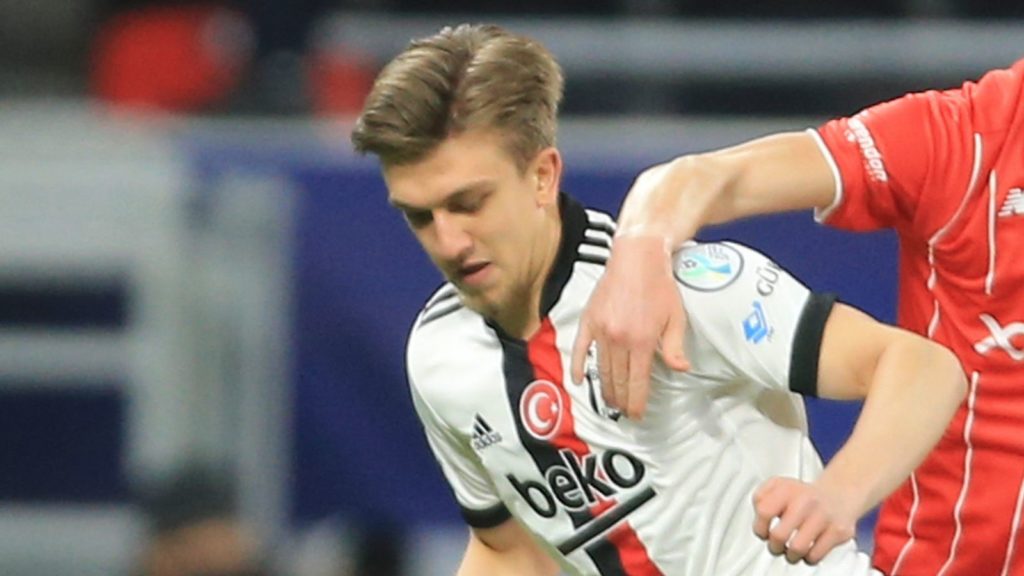 Rangers have signed Ridvan Yilmaz for an initial fee of around £3.4m; the Turkey international full-back is seen as a replacement for Calvin Bassey after his move to Ajax; the 21-year-old is Giovanni van Bronckhorst’s seventh summer signing

Rangers had been in talks over a deal with the Turkey international joining for a fee of £3.4m, rising to £5m with add-ons.

Several clubs from across Europe were interested in the 21-year-old but the player made it clear he wanted to move to join Giovanni van Bronckhorst’s team.

Yilmaz told the club’s official website: “I am delighted to be joining a club the size of Rangers and am really looking forward to meeting my new team-mates.

“This is a club who have shown they can compete against some of the best teams in Europe, and I am really excited by the challenges we have ahead of us.

“I have heard so much too about the Rangers supporters and I cannot wait to play in front of them for the first time.

“This is a club who have shown they can compete against some of the best teams in Europe, and I am really excited by the challenges we have ahead of us.

Rangers manager Giovanni van Bronckhorst is hopeful striker Alfredo Morelos will sign a new deal to remain at Ibrox beyond next summer.

Rangers’ sporting director Ross Wilson had been working on replacement targets ahead of Calvin Bassey’s £23m move to Ajax  a club-record player sale.

He added: “Gio and I were clear in our desire to invest in a high potential and high-quality left-back.

“We have now secured that in the signing of Ridvan Yilmaz.

“He’s a talented young player who has been coveted throughout Europe following outstanding performances for Besiktas.

“We also know how highly regarded he is in the Turkish National Team. This is another exciting young player to join our squad, and we are delighted to bring Ridvan to Rangers.”