Millions hungry but drought overlooked as Kenya prepares to vote 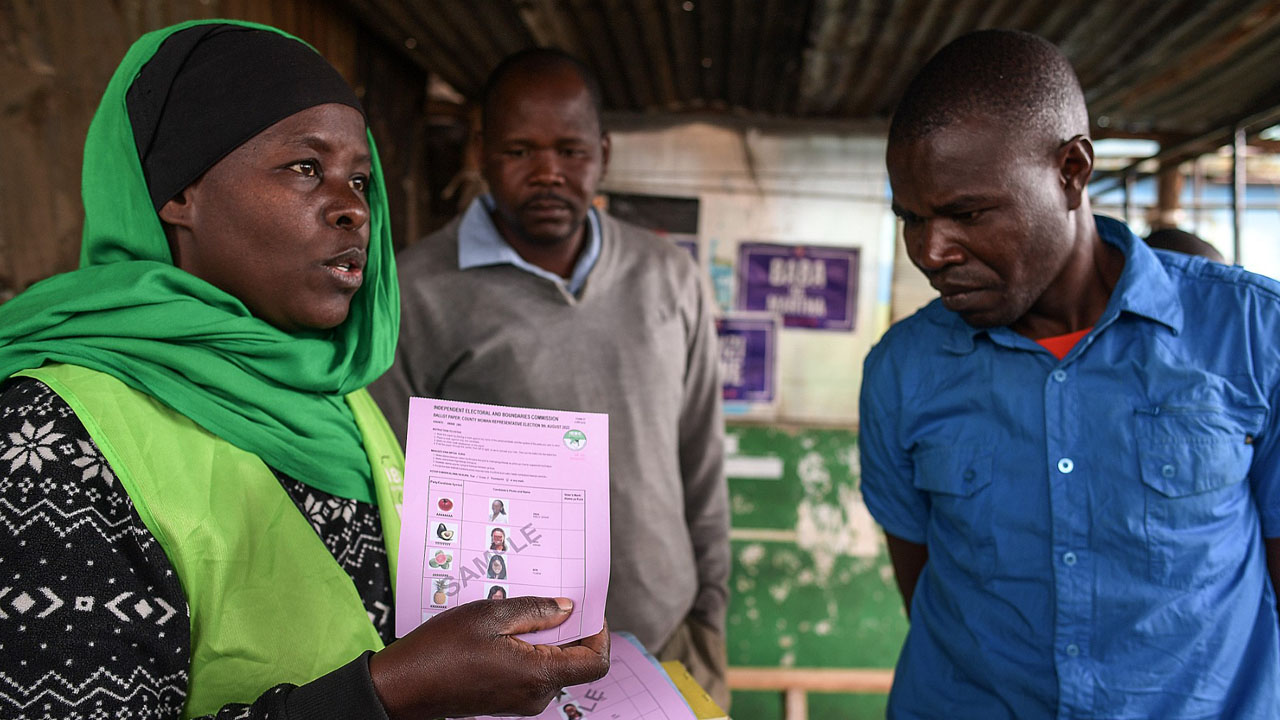 In the dust bowl of Kenya’s drought-stricken north, the people of Purapul are edging closer to starvation, surviving on nothing but wild berries as their children waste away from hunger.

Loka Metir knows the bitter fruits make her children sick, further weakening their frail condition. But it hasn’t rained properly in three years, and there’s simply nothing else to eat.

“This is the only way to survive,” the mother of five told AFP in Purapul, a scattering of thatch huts a two-day walk from the nearest town in the bone-dry Marsabit county.

At least 18 million people across the Horn of Africa are facing severe hunger as the worst drought in 40 years devastates the region.

Over four million are in Kenya’s often-forgotten north, a number that has climbed steadily this year, as the crisis struggles to attract national attention in the midst of a hard-fought — and expensive — election campaign.

Nearly 950,000 children under five years and 134,000 pregnant and breastfeeding women in Kenya’s remote arid regions are acutely malnourished and need aid, according to government figures from June.

Hunger in the three hardest-hit counties, including Marsabit, borders on famine.

‘Under the carpet’
The World Bank forecast in June that the drought, coupled with economic disruption from Russia’s invasion of Ukraine, would drag on Kenya’s recovery from the coronavirus pandemic.

Yet it has barely featured on the election agenda as Kenya’s political giants have criss-crossed the country drumming up votes.

In the hustings, the soaring cost of living in East Africa’s biggest economy has overshadowed other concerns.

Protesters in major cities have threatened to boycott the much-anticipated August 9 poll if prices aren’t lowered, chanting “no food, no election”.

The plight of northern Kenya has largely gone “under the carpet”, said economist Timothy Njagi from the Tegemeo Institute of Agricultural Policy and Development in Nairobi.

Four consecutive failed rainy seasons, made worse by a changing climate, have created the driest conditions since the early 1980s.

Rivers and wells have run dry, and grazing land has turned to dust, spurring the death of more than 1.5 million livestock in Kenya alone.

Animal carcasses litter the rocky plains around Purapul, where pastoral families have struggled without milk or meat in their diets, or any means of trading for food.

Out of sight
Iripiyo Apothya watched her goats shrink and die. The skins she couldn’t boil and eat line the floor of her hut.

“Now I eat what the monkeys eat,” said the 73-year-old, clutching a handful of the berries she boils into a bitter paste.

“But even these are running out — what can we do?”

The village is isolated and like many across Kenya’s chronically underfunded north, has no school, road, shop or dispensary.

The nearest town Loiyangalani is 60 kilometres (37 miles) away. Despite hosting Africa’s biggest wind farm, this dusty settlement on Lake Turkana is itself without electricity.

Outside town, children dig for water along the desolate shoreline of Turkana, an enormous salt lake.

But this is not vote-rich country to canvas and droughts generally don’t win elections, said Karuti Kanyinga from the Institute for Development Studies at the University of Nairobi.

“It is a lose-lose for anyone who raises it,” said Kanyinga.

Claire Nasike, from Greenpeace Africa, told AFP that pledges by both candidates to invest in water and agriculture in drought-prone areas lacked important detail.

“The nitty-gritties of how they are going to address the climate crises have not been captured.”

‘We are dying’
The drought, which could stretch into 2023 if the next rains fail as predicted, has also struggled for global attention in a crowded field.

An appeal for Ukraine has raised $1.92 billion — nearly 86 percent of its goal, according to UN data.

Kenya’s much smaller drought appeal has reached just 17 percent of its target.

At the same time, the cost of delivering aid has jumped as the war in Ukraine drives up food and fuel prices.

Under an acacia tree, a single doctor checks dozens of mothers and infants for malnutrition during a twice-monthly visit to Purapul.

“The kind of aid we give is just a drop in the ocean,” said James Jarso from World Vision, one of the few charities providing drought relief on the ground.

The government says it has spent over 10 billion Kenyan shillings ($84.3 million) since the drought was declared a national disaster in September.

“We are going through tough economic times. We are doing everything possible within the means of the government to support the communities,” Steven Mavina, the Deputy County Commissioner of Loiyangalani, told AFP.

In Purapul, villagers draw water from a contaminated well and wait for help to arrive.

“We don’t have anyone to help us,” Apothya said. “I want people to know that we are dying.”