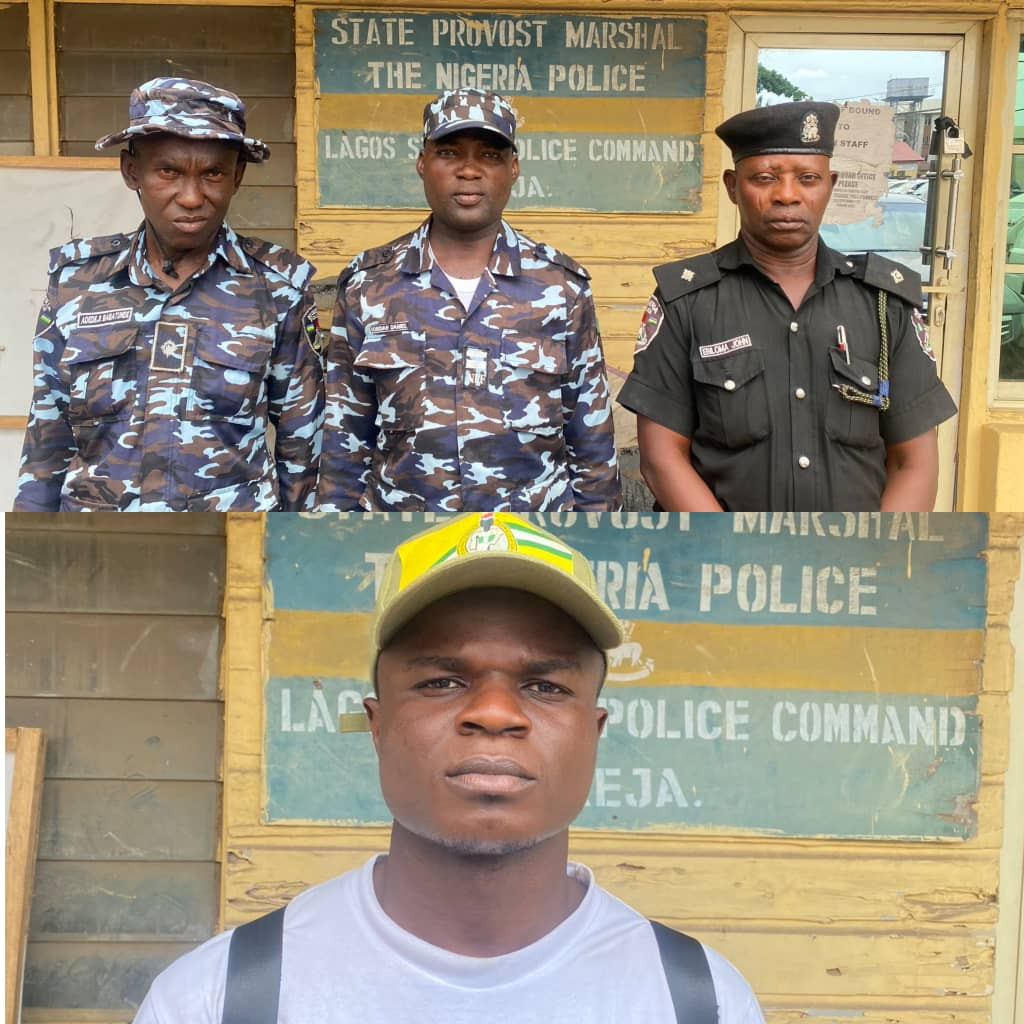 The Lagos state police spokesperson, SP Benjamin Hundeyin, says a corps member will be prosecuted for ”inciting” the public against some police officers.

A few days ago, a Twitter user @realgoziee had shared the story of a corps member, Temidayo David, who was allegedly harassed by police officers Ikorodu garage.

Accompanying the story with video evidence, the Twitter user wrote;

”Another police brutality and assault witnessed yesterday as at 11am been 19-07-2022, by Temidayo David a Corp member serving in Lagos State.

In David’s word “I was heading to Ojota, me and my younger brother yesterday at Ikorodu garage, then the Nigerian police stopped us, and started harassing us, they asked for our ID card which we showed them as Corp members even in our uniform, that was not enough proof for them.

I asked them to check my bag if they will find any illicit substance or weapon in it but they choose to not, telling us to go inside there bus, then I insisted saying if they can’t do it publicly we are not going in, suddenly a police man on mofti gave me blow then they removed my cap, while my other brother was been carried like an animal.

I quickly created awareness then people joined in, so the police just snatched my younger brother phone and they zoomed off saying we should come to there station.” 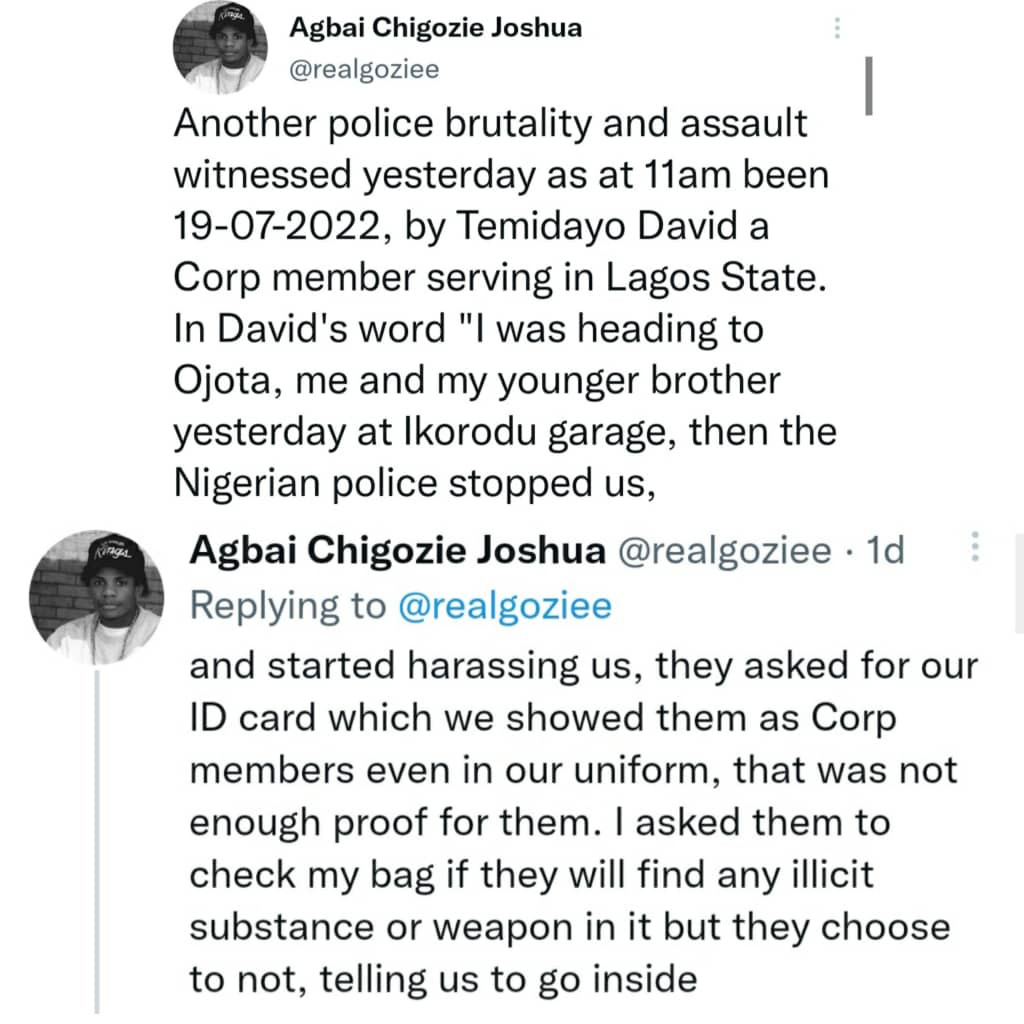 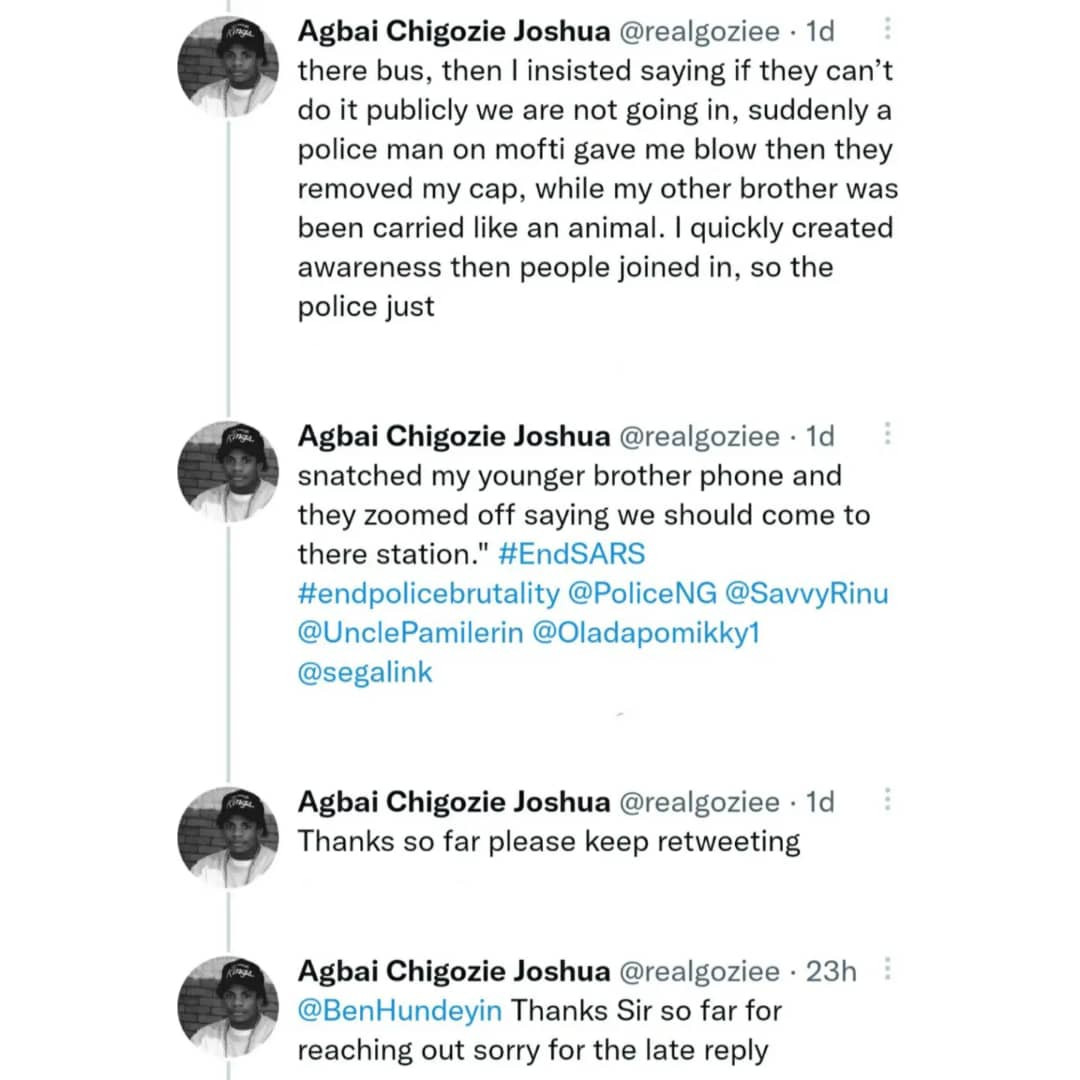 The tweets caught the attention of SP Hundeyin who stated that the officers have been identified and will be reporting to the state headquarters.

In an update given this evening, Hundeyin said the officers and the corps members were all at the state police headquarters today. He said after careful investigation, it was concluded that the officers acted unprofessionally. He mentioned that the state Commissioner of police, CP Biodun Alabi, has ordered that the ASPs involved in the case be queried and the Inspector defaulted in line with extant procedural rules of the Force.

He stated that the corps member, on his part, will be prosecuted for inciting members of the public against the Police. 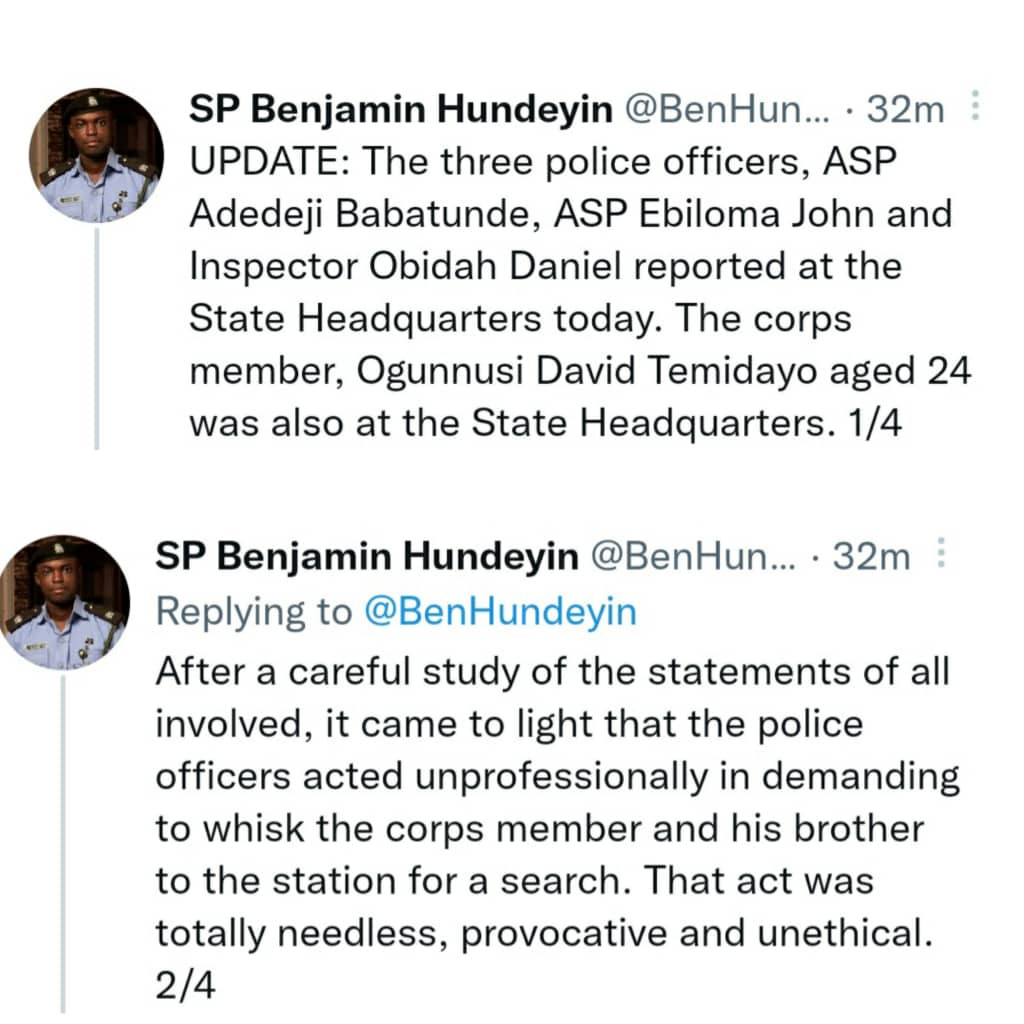 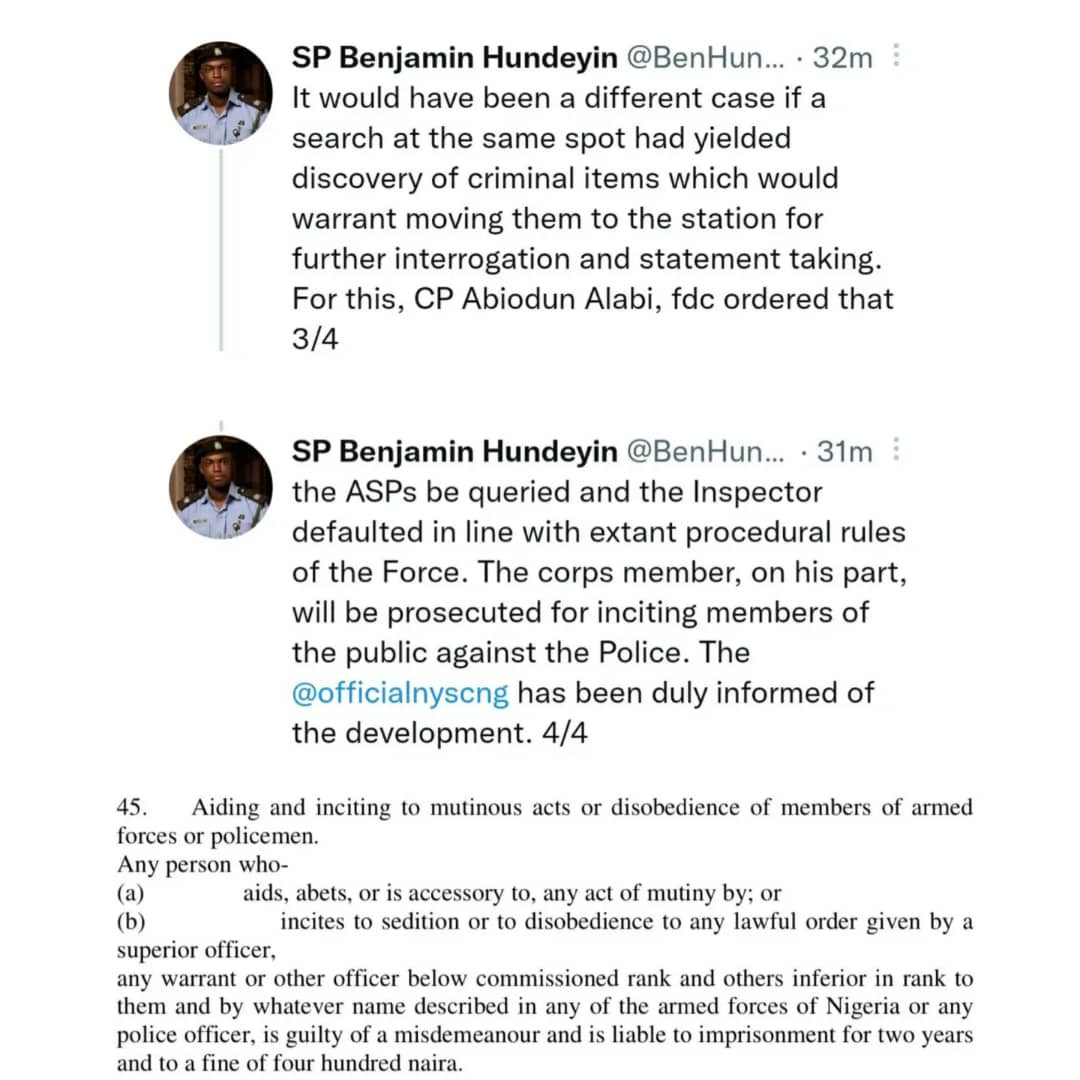