By Godwin Emmanuel - May 20, 2022 | Categories: Education,News,Security 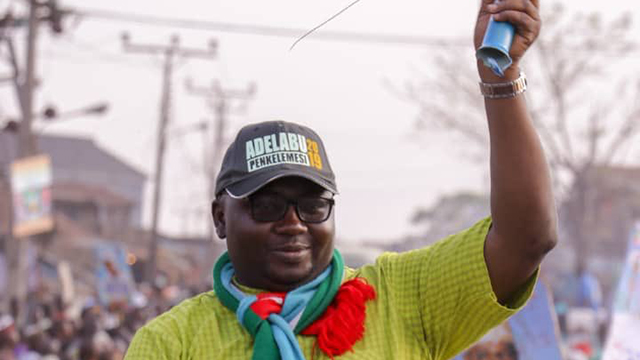 Adelabu made the clarification on Thursday at the declaration rally held in Oke-Ado area of Ibadan, in respect of governorship ambition.

The News Agency of Nigeria (NAN) reports Adelabu is also the Agbaakin Parakoyi of Ibadanland and former Deputy Governor of the Central Bank of Nigeria (CBN).

NAN reports that Adelabu was reacting to a report in circulation that he condemned some projects executed in Oke-Ogun by the incumbent government in the state.

According to him, the report is untrue and an attempt by some mischievous people to hoodwink Oke-Ogun residents against me.

“I never condemned the Iseyin-Moniya Road project, but only complained about the width and amount spent.

“I never said it does not have economic or social value. The people of Oke-Ogun deserve quality projects.

“I criticised and asked for the economic value of Ajia Road to the state.

“On the Iseyin-Ogbomoso Road, I would have expected the state government to consider the welfare of the people as its priority.

“I raised questions on why government thinks Oke-Ogun people do not deserve standard schools and healthcare centres as utmost priority,” Adelabu said.

He said that some of the projects executed by the administration of Makinde, were “below standard, while some were misplaced priority”.

The governorship aspirant said he was related to Igbeti in the Oke-Ogun zone, adding that every zone deserved quality and people-oriented projects.

“Oke-Ogun is an agrarian zone that could boost food sufficiency, but this potential is not properly harnessed,” he said.

Adelabu decried the performance of the Makinde-led administration in the areas of security, environment, education, health, job creation, and food sufficiency.

He said that his administration if elected, would execute quality and people-oriented projects across the state.

Adelabu called on the delegates to vote for him during the governorship primaries of the party, urging the people to also replicate such in the 2023 general elections.

Also, Chief Moses Adeyemo, a former Deputy Governor in the state, urged people to vote for Adelabu in the forthcoming general election.

Adeyemo said that the former CBN deputy governor possessed the required experiences to govern the state as a people and money manager.

Commenting, Ademola Ojo, a former State Chairman of the Association of Local Governments of Nigeria (ALGON) in Oyo State, called on the people to support Adelabu in the election.

Ojo, who spoke on behalf of Ibarapa people, said the entire Ibarapa would vote massively for Adelabu.