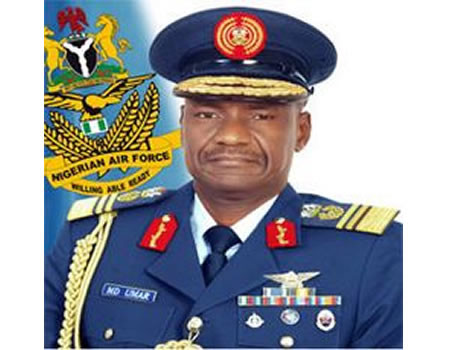 Acquittal of former Chief of Air Staff, Air Marshal Mohammed Umar, of a money laundering charge to the tune of N66 million by a federal high court in Abuja, has been set aside by a Court of Appeal, Abuja Division.

Umar who was prosecuted by the Economic and Financial Crimes Commission (EFCC) on one count bordering on money laundering allegedly stolen from the account of the Nigerian Air Force (NAF) during his tenure between 2010 and 2012, to the tune of sixty- six million Naira, was ordered by the appeal court to continue with his defence on counts 1,2,3,5 and 6.

Dimg alt=’Appeal court sets aside acquittal of former Air Chief Mohammed Umar’ class=’img-responsive text-center’ style=’margin: auto;’ba ruled that the prosecution failed to provide any evidence that Umar gave the instruction for the transfer of the said funds for the renovation of his private property in Abuja.

He stated that it would be dangerous to speculate that Umar must be aware of every financial transaction from the accounts of the Nigerian Air Force.