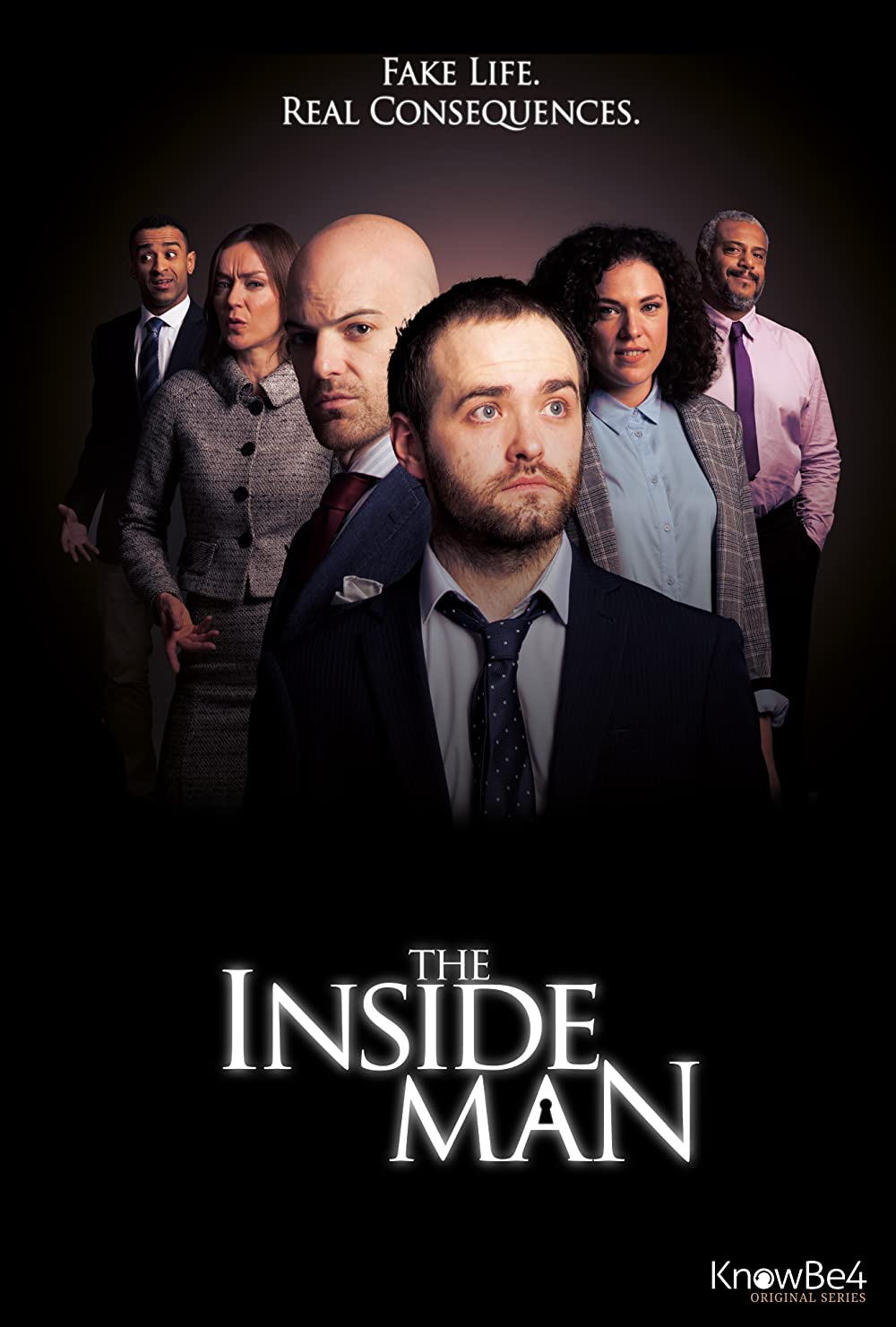 Episode 1 of Inside Man starts in the London Underground. A lascivious-looking young lad stares at a young girl, Beth Davenport, sitting opposite him. He is emboldened by her silence and moves further into her private space.

Another woman takes a picture of him, which he sees. He confronts the lady, takes her phone, deletes the photo, and throws it in disdain. But he is not going to get away with it, for Janice is in attendance. She feigns making a live stream of the incident on Facebook and other women swiftly join in. The man is apprehended at the next station and Beth goes up to Janice to express her gratitude.

She turns down an invitation by Beth to do an interview with her about subjects like these. They do exchange numbers and plan a coffee together sometime. We jump to a different place in a different country, the USA. In federal prison, two inmates, Dylan and Jefferson meet with a Senator for an “appointment”. It is not the inmates who have requested the meeting but the Senator himself. Jefferson is a professor of criminology convicted for murdering his wife. In fact, both men are on death row and have no intention of avoiding it. Dylan is a serial killer and has murdered 14 women, the fifteenth dying of an infection she contracted while in the hospital getting treated for injuries, he caused. The Senator looks tense and begins narrating his problem.

Before he can, Jefferson interrupts him and says that he raped two women as part of his campaign thirty years ago. The Senator denies that and continues with his problem. It is a peculiar one, amusing both the inmates. Every time he makes love to his wife, $253.55 are deposited in his account. Jefferson refuses to help him and Dylan is curious as to how he solved the case so quickly. We jump back to England, where Harry, whom we saw picking up Janice earlier, greets his congregation.

He is a popular Vicar in the local church. One of the men under his tutelage, 36-year-old Ed, rushes in to give him a flash drive. He says it contains porn and that his overbearing mother Hilde will beat him if she finds it on him. The Vicar reluctantly takes it, greets Hilde, and assures her Ed is on the path to recovery. After his departure though, Hilde’s tone changes and she takes on a threatening one, where she beats Ed and demands to know the location of the drive. The Warden informs Jefferson that Beth, from the tube, has requested to meet him to write about him. Jefferson initially refuses but eventually agrees to meet her.

It turns out that Janice is a tutor for Harry’s son, Ben. Harry picks her up from the station for the appointments. Harry’s wife Mary is friends with Janice as well. While keeping the keys to the car in its place, Harry inadvertently keeps the drive with it. When the house’s internet doesn’t work, Janice requests something from Ben to transfer the slides she has prepared for the session. He gives her the drive. Harry is too late to stop her from opening the contents and she is shocked.

Her utter repulsiveness draws on her face like a heavy hush. The discomfort grows and Harry dismisses Ben from the room. Although she seems to think it is Ben’s, Harry takes the blame for it and does not reveal that the drive belongs to Ed. The drive has actual photos of children being abused and photographed for pleasure, something Janice rightly says should be taken to the police. They debate the same, but it looks like that Janice will take it to the police, ignoring Harry’s pleadings.

The Vicar panics and stops Janice from leaving, even holding her hand aggressively. She makes a run for it from the other side and trips on the carpet. She breaks her phone and hits her head on the table, cracking open a bleeding cut. Janice fears Harry and keeps backing off. She mistakenly opens the door to the cellar and trips on the stairs. Harry is shocked but locks her inside.

Faisal, Ben’s friend comes to pick him up. Although Harry had refused permission earlier, seeing the changed circumstances, he allows him to go. Beth meets with Dylan and Jefferson to potentially write an article about his case.  Her attitude is contemptuous toward Jefferson, something he notices and points out while explaining his single criteria while taking on clients: moral worth.

He wants to do good with the little time he has left. He is not apologetic for killing his wife, saying “Everyone’s a murderer: you just have to meet the right person”. Beth leaves disappointed but intrigued.  Dylan nudges Jefferson about liking Beth but the professor is coy. He finally explains how he cracked the Senator’s case. He says that Celina Cadiz, one of the two women the Senator was guilty of raping (although it was never proved; it seldom is *sigh*), works at his office. She was able to meet the Senator’s wife and she inadvertently got to know about Senator’s dirty deeds. As a form of penance, she visits the therapist every time they make love. Celina is made to pay the amount by the wife, and she sends it twice mistakenly, once from the company’s accounts as well. The amount that reflects in the Senator’s accounts is a mistake.

Mary and Harry discuss the next step of what to do with Janice. She is livid with him, saying that Janice will go straight to the police if they free her, and the fact that they have no option but to.  They have until Ben to decide. Harry takes takeout menus to Janice, who is sitting deep within the cellar, confident she is the one in control of the situation. She has hidden all the tools Harry has down there and even left her blood all over the cellar. She also has scheduled a video call with her sister the next day and her calendar is marked with Harry’s house as the last tutoring appointment. Harry is stuck indeed.

It is revealed that Beth had actually received a cryptic photo from Janice just before her phone got busted. Beth keeps trying her cell but to no avail. She requests the warden to arrange another meeting with Jefferson and present her case. The Professor agrees to do so and quips Dylan about what it could possibly be.

Okay. So, I know how stretched sometimes the plots in television shows can be. The plausibility is most often ignored or softened by the actual emotions in the story. But come on! I did not buy the Janice thing at all. The way she was “taken hostage” inside Harry’s cellar felt just a bit too convenient for my liking.

On the other hand, Inside Man presents a compelling anti-hero in the form of Professor Jefferson. Stanley Tucci was undoubtedly the highlight of episode 1. His delivery, stature, and experience showed in the way he characterized Jeff. The plot will eventually link Jeff with Janice and Harry through Beth. But before it does, the groundwork must be laid properly

We just have four parts in this mini-series and time is certainly of the essence. Episode 1 was taut in utilizing the time it got. The writers might not be able to fully explore the depths of the cinematic universe in that time frame.

Episode 1 was focused on setting up the stage, regardless of the approximation of the story, and made no attempts to wander off the path. It is a solid start but we need to see more to be able to forgive that horrible Janice mistake.