Oye Kyme, the Ivorian lady who Bobrisky took in after she tattooed his name on her body has accused him of assaulting her.

Oye alleged that Bobrisky assaulted her on Sunday, May 2, all because she failed to call the hairstylist to loosen his hair. She also accused him of sending her out of his house even though she knows nowhere in the country. 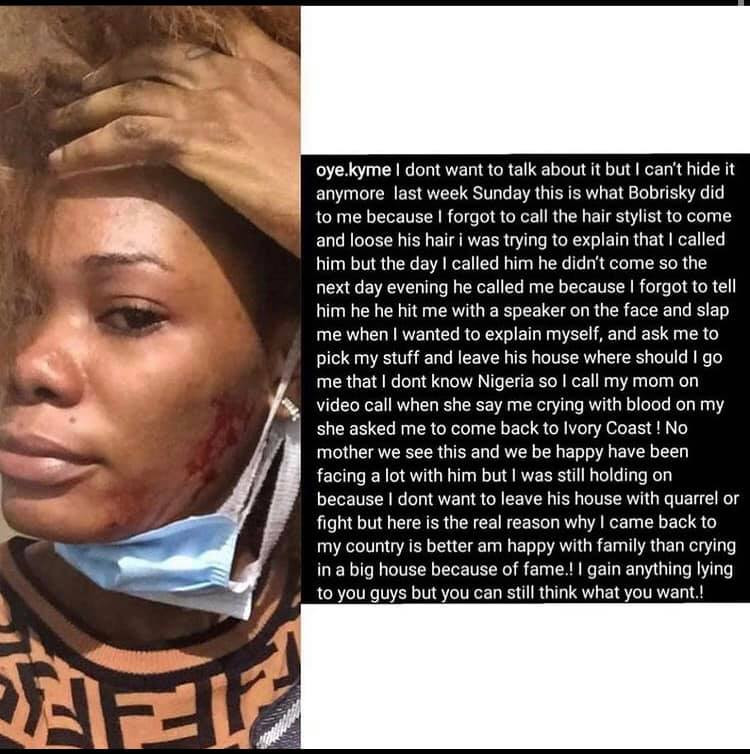 In another post, she alleged that Bobrisky is a manipulator and a liar who has been pretending. Oye who is now back to Ivory Coast, also claimed that the cross-dresser never keeps his promises and so wants to be a girl so badly even though he’s got a di*k under. 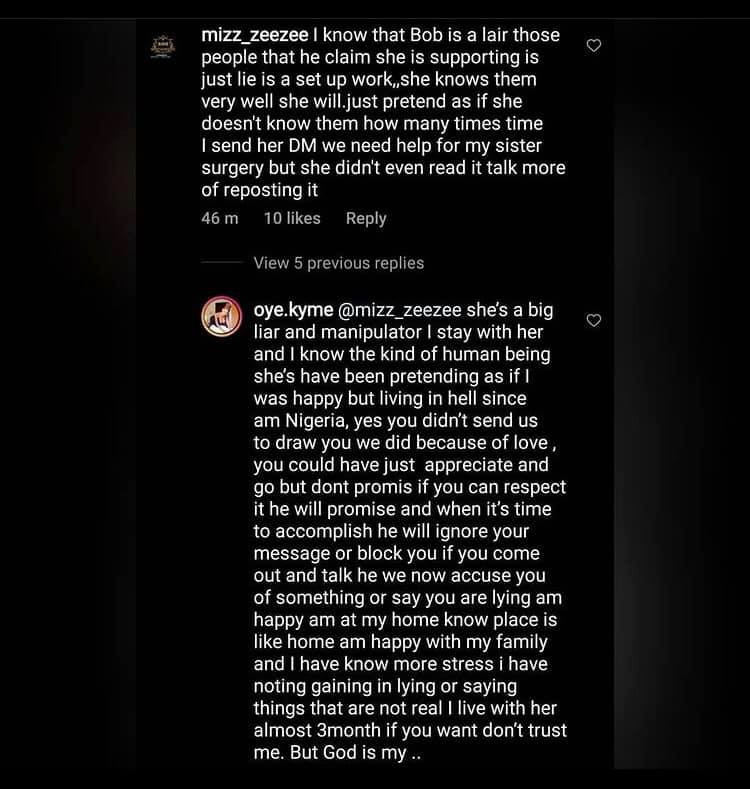 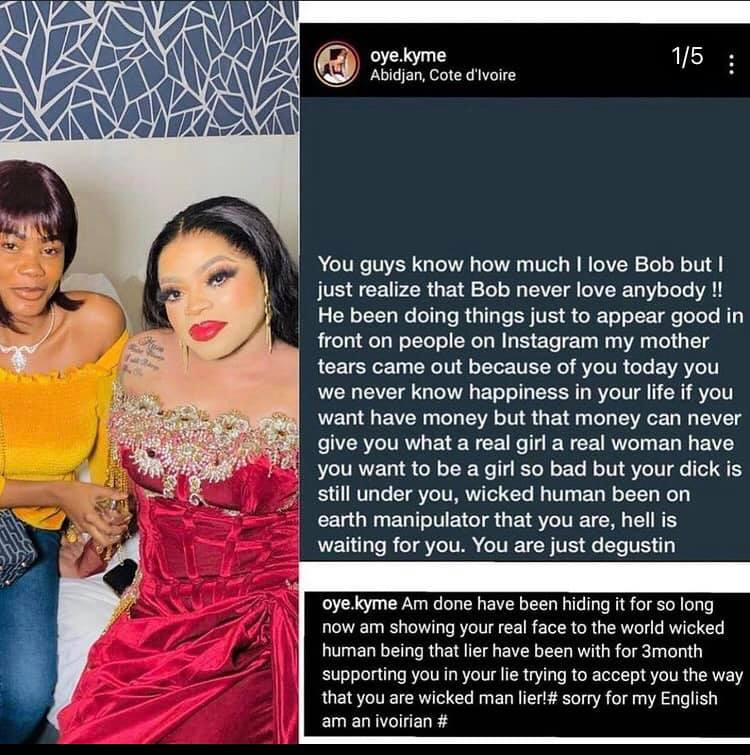 Watch videos from scenes of the alleged assault below…….