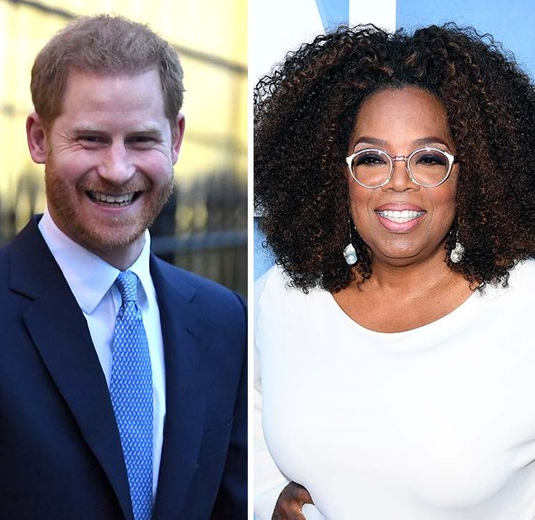 Oprah Winfrey has revealed her new series with Prince Harry on mental health will be released this month after being delayed.

Appearing on the talk show alongside US psychiatrist Dr Bruce D. Perry, Oprah explained: “I wanna just say that Dr Perry and I have been also, for the past two years, along with Prince Harry and Apple, we’ve been working on this mental health series that’s coming out in May on Apple.”

The talk show host explained that she wanted to highlight the importance of using her life “in order to help” others with theirs.

Oprah and Prince Harry have worked with each other over a number of years on this project.

In 2019, the communications team for the Duke and Duchess of Sussex announced that Harry was teaming up with Oprah to create a documentary series on mental health.

Oprah also mentioned publicly that she had worked with Prince Harry.

During her interview with Harry and Meghan, which aired on ITV in March, Oprah briefly mentioned the series, after Meghan confessed to experiencing suicidal thoughts while pregnant with her first son Archie.

Meghan Markle spoke about her ordeal and Oprah responded “nobody should have to go through that”.

The American host then explained: “And, you know, Harry and I are working on this mental health series for Apple, and yeah we hear a lot of these stories.”

The mental health documentary was originally scheduled for a 2020 release but has been likely delayed due to the pandemic.

The statement from the royal communication team at the time also read: “The dynamic multi-part documentary series will focus on both mental illness and mental wellness, inspiring viewers to have an honest conversation about the challenges each of us faces, and how to equip ourselves with the tools to not simply survive, but to thrive.

“This commitment builds on The Duke of Sussex’s long-standing work on issues and initiatives regarding mental health, where he has candidly shared personal experience and advocated for those who silently suffer, empowering them to get the help and support they deserve.

“His Royal Highness has spent many years working with communities throughout the UK and young people across the Commonwealth to break the stigma surrounding mental illness and broaden the conversation of mental wellness to accelerate change for a more compassionate, connected and positive society.”

Prince Harry also expressed his willingness to take part in the show and said: “I truly believe that good mental health – mental fitness – is the key to powerful leadership, productive communities, and a purpose-driven self.

“It is a huge responsibility to get this right as we bring you the facts, the science, and the awareness of a subject that is so relevant during these times.

He continued: “Our hope is that this series will be positive, enlightening, and inclusive – sharing global stories of unparalleled human spirit fighting back from the darkest places, and the opportunity for us to understand ourselves and those around us better.

“I am incredibly proud to be working alongside Oprah on this vital series.”

Nigeria is Bleeding – Rise up to Your Constitutional Duties, CSOs Tell Buhari, Govt