Manchester United football club of England have stepped up security at the club’s stadium, Old Trafford, amid fears of more protests against club owners, the Glazers. According to The Mirror, organizers of the protest that happened on Sunday ahead of the club’s clash with Liverpool, insist Sunday’s events were the start of a concerted campaign to remove the Glazers from United – with more protests planned in the coming days and weeks. 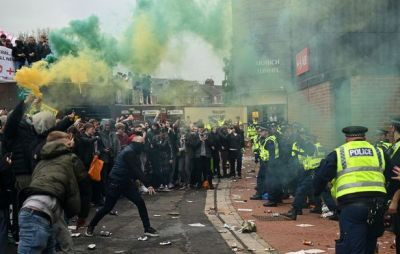 Supporters of the club reportedly said they have never felt more “sidelined and ignored” after United were part of the Big Six clubs looking to create a new European Super League.

In light of the security breach that happened at the club on Sunday, where about 200 protestors stormed Old Trafford and forced Sunday’s game against Liverpool to be called off, the club’s management have undertaken a review of security measures at the stadium. 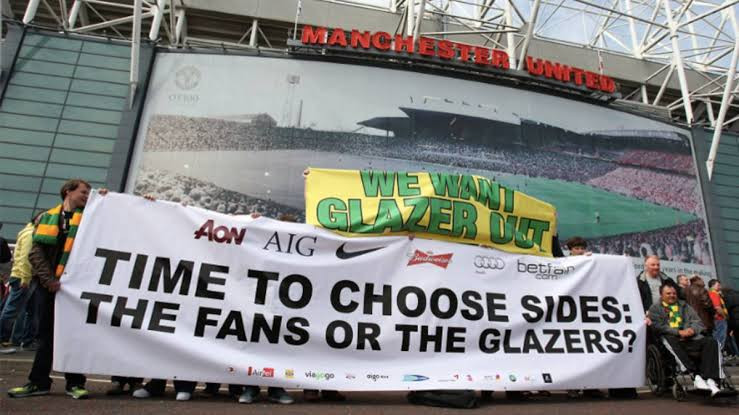 The move to bolster security came amid fears of further anti-Glazer protests at Man United’s next home game, against Leicester a week tomorrow, as well as the rearranged fixture against arch rivals Liverpool according to the Mirror UK.

The scenes of the protests were captured by TV cameras and the footage is being studied by United, in conjunction with Greater Manchester Police, with the club vowing to ban those found guilty of criminal damage.

A statement from Man United reads: “After breaking through barriers and security on the forecourt, some protestors climbed the gates at the end of the Munich tunnel, then forced access to a side door in the stand, before opening an external door that let others through to the concourse area and the pitch.

“A second breach occurred when a protestor smashed the door of a disability access lift, enabling a group to enter the stand.

“The majority of our fans have and will condemn criminal damage, along with any violence towards club staff, police or other fans, and these now become a police matter.”

A Manchester United Supporters Trust open letter reacting to the report said: “No one wants what happened at Old Trafford yesterday to be a regular event. We don’t want to spend our days off work protesting outside our football ground.

“But what happened was the culmination of 16 years in which your family’s ownership of the club has driven us into debt and decline and we have felt ever more sidelined and ignored.”