People were reportedly trapped in a burning house in Ashford, Kent, following reports of a gas explosion.

Neighbors in Willesborough reported hearing a “loud bang” early on Tuesday morning, May 4, and rushed outdoors to see the fire.

A “number of people” were trapped inside the house but thankfully have since been freed by emergency services.

A Kent Police spokesman said: “Officers from Kent Police are currently working alongside colleagues from Kent Fire and Rescue Service and South East Coast Ambulance Service after being called to a report of an explosion in Mill View, Willesborough, Ashford at 7.57 am on Tuesday. 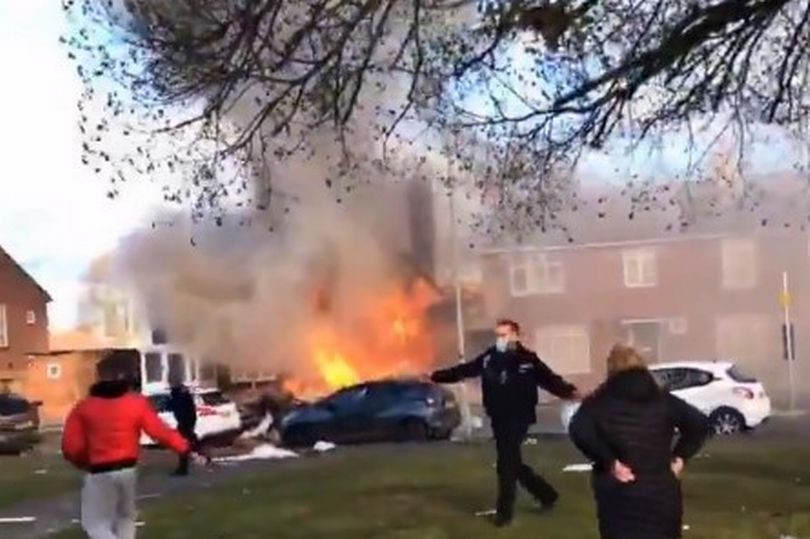 “A number of people were reported to have been trapped and they were freed by emergency services.

“Officers are working to establish if anyone else is unaccounted for.

“Officers are advising people to avoid the area and asking local people to keep their windows closed.”

Harrowing footage posted to social media shows a masked police officer directing residents away from the scene, with billowing orange flames and smoke visible behind him. 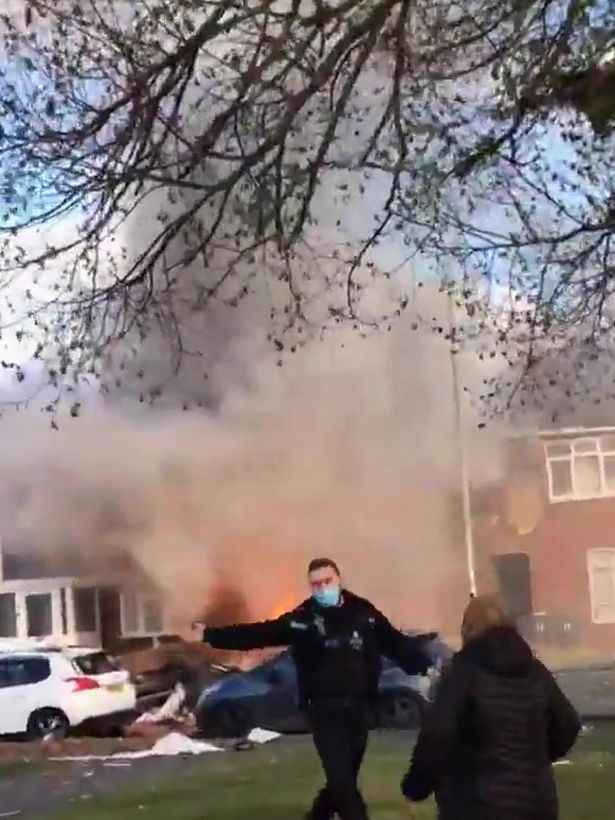 Emergency workers from Kent Fire and Rescue Service were scrambled to the scene after the incident was reported just before 8 am on Tuesday morning, May 4.

A fire spokesperson said: “Kent Fire and Rescue Service is at the scene of a house fire following a reported explosion in Mill View, in Willesborough, Ashford.

“Four fire engines are in attendance.”

It’s not yet known if anyone was injured