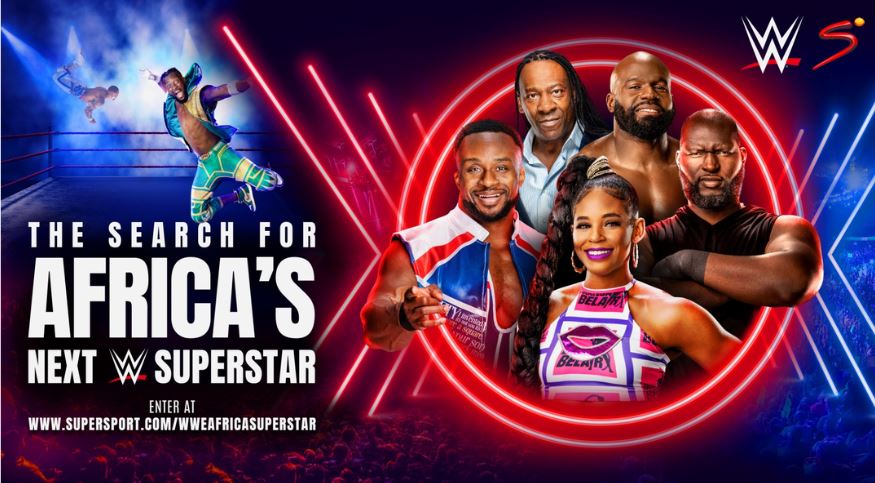 The World Wrestling Entertainment, WWE, has revealed it is seeking to make new superstars in Africa.
The WWE in conjunction with its Sub-Saharan Africa broadcast partner, SuperSport, announced a continent-wide talent search to find Africa’s next WWE Superstar.
The campaign was announced in an interactive media briefing in Lagos, to herald Lagos as the host city for a multi-day tryout in February 2023.
WWE Head of Talent Operations and Strategy, James Kimball, led the delegations from the US to meet with the SuperSports team led by the Chief Executive of SuperSports, Marc Jury.
According to Kimball, the search for Africa’s Next WWE Superstar “is now open to Nigerians and citizens of other African countries and their submissions will be accepted until December 18.”
“Interested candidates are to submit a video highlighting their potential to become a WWE Superstar. Successful applicants will be invited to participate in the Lagos tryout in February 2023.
A select number of tryout participants will be awarded an all-expense-paid experience to continue their tryout journey alongside current and prospective WWE superstars, ahead of WrestleMania 39 in Los Angeles in April 2023.”
Kimball said that at the end a full-time WWE developmental contract might be offered to the top-performing participants who would then begin their new career at the WWE Centre in Orlando, Florida.
Kimball added that Africa is a focal point of their renewed global talent recruitment strategy and this initiative in Lagos would launch what they envision to become a year-round multi-country effort to cultivate relationships.
“We at WWE identify talent that will resonate with our passionate and loyal African fanbase ever increasing in Africa especially in Nigeria.

“The region has incredible potential to serve as a meaningful talent development hub for WWE and we look forward to working with our tremendous partners in Nigeria at SuperSport.

“Our target is to uncover the next generation of superstars through this program,” Kimball said.
Similarly, Marx Jury, for the SuperSports team said that the continent abounds with athletes and this would be a perfect opportunity to showcase fresh talents.
“There is a massive appetite among African audiences for WWE action and entertainment, we expect this initiative to be very popular with aspirants.

“SuperSport looks forward to telling this exciting story in the weeks and months to come.” Jury said.
Jury added that  WWE and MultiChoice recently announced a major broadcast partnership that would see Showmax, the leading streaming service available in the region, become the new home of WWE Network in Africa.