Woman, 23, who survived 2016 ISIS bomb attack on Brussels airport but could not live with the trauma is ‘euthanised’ in Belgium 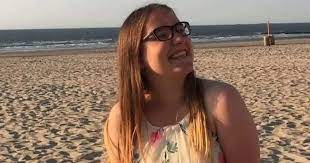 A woman who survived the Brussels airport terror attack has died after choosing to be euthanized due to severe depression and PTSD she suffered following the incident.

23-year-old Shanti De Corte was walking through the departures lounge of the Belgian airport in Zaventem on March 22, 2016, with her school classmates ahead of a trip to Italy when Islamic State terrorists detonated a bomb.

The then 17-year-old escaped the explosion, which claimed 32 lives and injured more than 300, without suffering any physical wounds.

However, the psychological effects of the ordeal left her in constant panic attacks and depression.

Despite attending a psychiatric hospital in her hometown of Antwerp for rehabilitation and taking a range of anti-depressant medications, Shanti was unable to shake the spectre of depression and attempted suicide on two different occasions in 2018 and 2020, according to Mail Online.

Earlier this year, the troubled young woman opted to be euthanized – a procedure that is legal in Belgium, and died on May 7, 2022, after two psychiatrists approved her request.

Shanti’s tragic story was brought to light earlier this week when her mother Marielle told Belgian outlet VRT of her daughter’s pain.

‘That day really cracked her, she never felt safe after that,’ Marielle said.

‘She didn’t want to go anywhere where other people were, out of fear. She also had frequent panic attacks and she never got rid of it.’

Shanti frequently recalled her experiences following the bombing on social media and spoke of her struggles dealing with her declining mental health.

In one post she wrote: ‘I get a few medications for breakfast. And up to 11 antidepressants a day. I couldn’t live without it.

‘With all the medications I take, I feel like a ghost that can’t feel anything anymore. Maybe there were other solutions than medications.’

The 23-year-old had been suffering from severe depression before she opted to end her life, according to her school psychologist.

She told RTBF: ‘There are some students who react worse than others to traumatic events. And having interviewed her twice, I can tell you that Shanti De Corte was one of those fragile students.’

The psychologist referred Shanti to a psychiatric hospital in Antwerp, which the young woman regularly attended.

But in 2018, she tried to commit suicide after a sudden decline in her mental state following an altercation with another patient who sexually assaulted her.

In 2020 she made another unsuccessful suicide attempt, after which she reached out to an organisation that defends the right to ‘death in dignity’.

According to RTBF she asked them to perform euthanasia for ‘unbearable psychiatric suffering’.

Shanti’s formal request to be euthanised was approved earlier this year by two psychiatrists, according to RTBF.

‘The woman was euthanised on May 7, 2022, surrounded by her family,’ the report said.

In one final touching post on social media the day she was euthanised, Shanti wrote: ‘I was laughing and crying. Until the last day. I loved and was allowed to feel what true love is.

‘Now I will go away in peace. Know that I miss you already.’