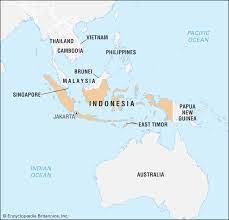 Indonesia’s football association has banned two officials from Arema Football Club for life over a disaster at its stadium on the weekend that left at least 131 people dead.

Chairman of Arema FC’s organiZing committee Abdul Haris, and a security officer, “must not carry out any activities in the football environment for life,” Erwin Tobing, chairman of the Indonesian FA’s disciplinary committee told a press conference on Tuesday, October 4.

He added the association had fined the club 250 million rupiah ($16,000) over the tragedy.

Despite the sanction on club officials, Police are being balmed for their response at the stadium when they tried to quell a pitch invasion.

The terraces of the Kanjuruhan stadium were packed on Saturday evening with 42,000 “Aremania,” or Arema FC fans, for a match against fierce rivals Persebaya Surabaya. But after a 3-2 defeat, the first at home for more than two decades, fans streamed down to the pitch to confront players and management.

Police described the incident as a riot and said two officers were killed, but survivors accused them of overreacting.

Officers responded to the pitch invasion with force, kicking and hitting fans with batons, according to witnesses and video footage, prompting more fans to enter the pitch.

After tear gas was fired by police, many died from being trampled or suffocated as panicked supporters rushed for small exit gates, some that were closed.