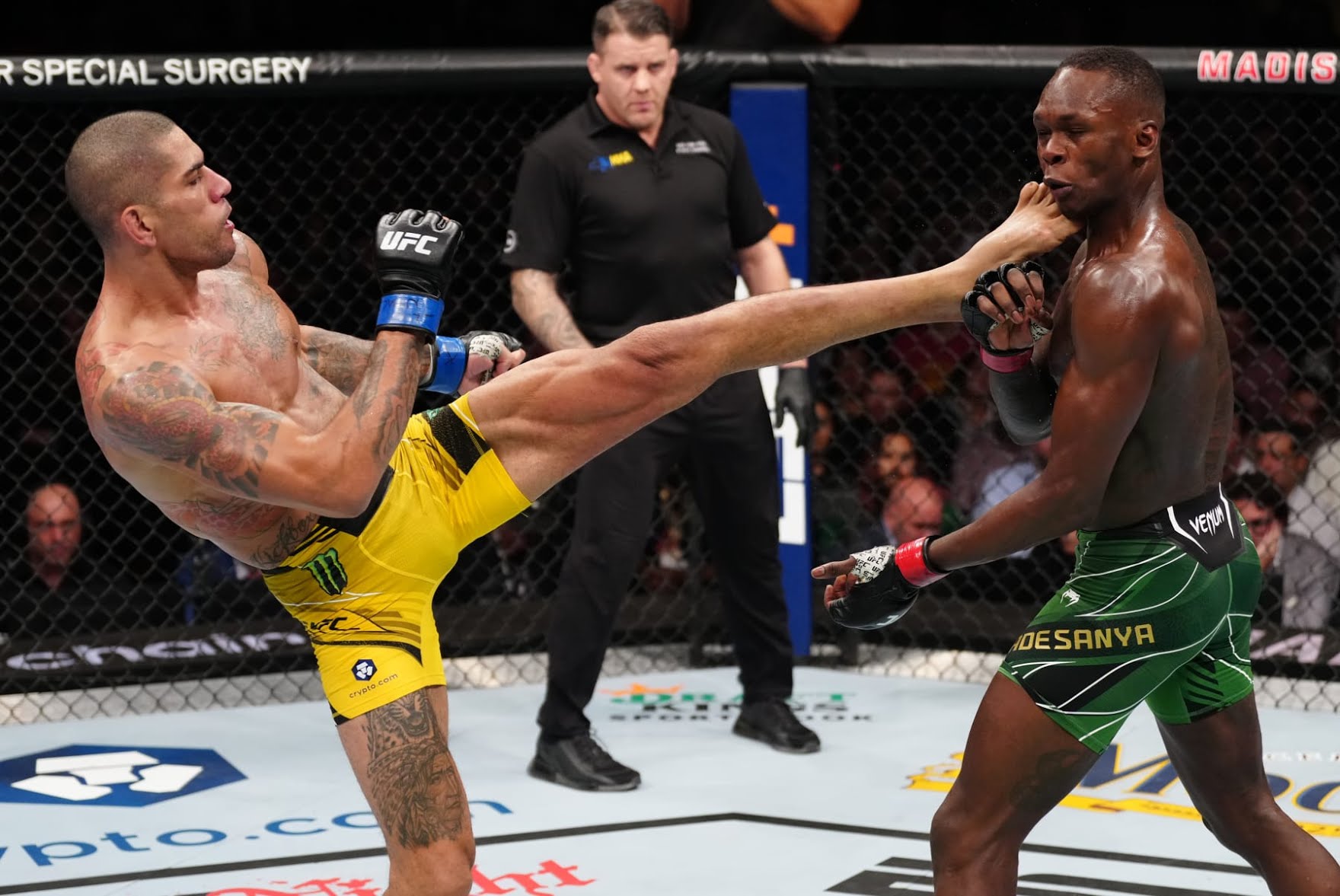 Nigerian UFC star, Israel Adesanya, has been beaten.
Alex Pereira defeated Israel Adesanya to claim the middleweight belt title in the Ultimate Fighting Championship (UFC) 281.
The recent bout took place at the Maddison Square Garden in New York on Sunday morning.
The Nigerian-born New Zealander was taken out in the fifth and final round by the Brazilian.
It had been a strong performance from Adesanya throughout the contest but Pereira — as usual — came well prepared.
Adesanya has now lost thrice to Pereira — twice in the kickboxing ring.
In 2016, Pereira ended Adesanya’s 12-fight winning streak with a unanimous decision victory.
The two world-class kickboxers also met again in a rematch that did not end well for ‘The Last Stylebender’.
The recent defeat ends a dominant reign over the division for Adesanya.
“It makes no difference who they want to put after [to challenge for the belt],” Pereira told MMA Junkie.
“He deserves it, but after this fight, he isn’t going to want it.”