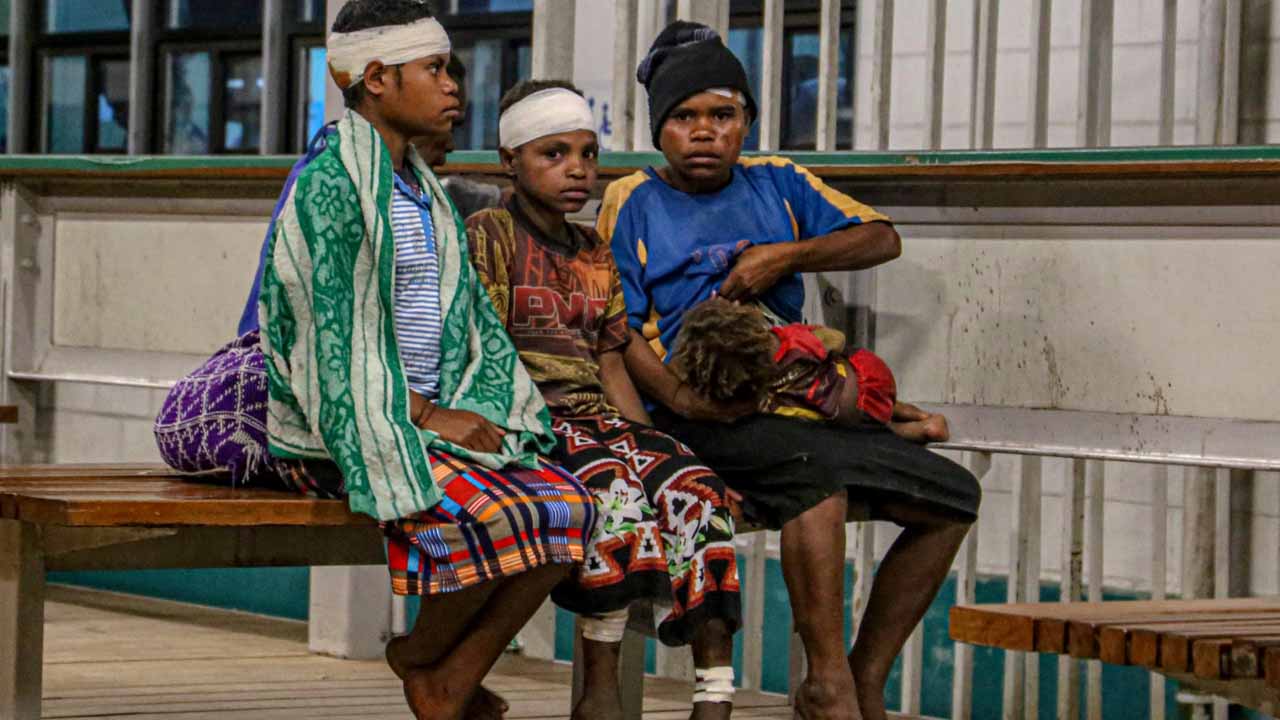 The death toll from a massive earthquake in Papua New Guinea rose to 10 on Thursday, officials said, as communities in remote areas struggled to recover from widespread damage.

Four days after a 7.6 tremor levelled hundreds of homes, split roads and caused power outages across the rugged jungle-clad north of the country, the scale of the disaster was still coming into focus.

The national disaster management agency said the death toll now stood at 10, including a 16-year-old girl who was killed by falling rocks in Woku village.

Earlier, three alluvial miners working in the village of Wau died after being buried alive by a landslide.

For days, volunteers have run ad-hoc airlifts to rescue the injured.

Aerial reconnaissance from those flights revealed a series of large landslides and damage to a string of isolated communities where help has been slow to arrive.

“People here are just cleaning things up themselves,” John Craig, a resident in the eastern highlands mission centre of Ukarumpa, told AFP, saying it had been a difficult few days without outside assistance.

“We have earthquakes frequently enough but we could tell that this one was different,” he said, recalling the rush from his house to safety as the earth began to shake.

“My wife, our three kids, and a friend of ours waited on a hill next to our house for it to stop. Maybe the longest two minutes of my life,” he said.

“I really thought that we were going to sit there and watch as our house slid down the hill in pieces.”

Miraculously none of the 300 buildings in Ukarumpa was lost, but many were damaged.

No grass for roofs
Since Sunday morning the community has been making what repairs it can — mending wooden homes, fixing water tanks and replacing punctured gas canisters.

“Diagonal bracing that was nailed under most buildings just popped off with the shaking,” he said. “Metal water tanks have collapsed or sprung leaks all over.”

A few emergency plumbers arrived on Wednesday, but materials and other help are hard to come by. “It’s just hard to get here,” he said.

Many of Papua New Guinea’s nine million citizens live outside major towns and cities, where sealed roads are rare and the last stretch of travel is often only possible by foot or riverboat.

Craig said many neighbours are believed to have lost water supplies and the roofs off their bush houses.

Because of a recent drought: “There’s no grass to replace their roofs with.”

Kainantu local Matthew Young said that widespread drought conditions may explain why the fallout from the quake appeared to be more contained.

“Had it been in the rainy season there would have been massive landslides but it has been extremely dry for months,” he told AFP.

Much of Papua New Guinea has been experiencing drought conditions, with water in three of the country’s dams at critically low levels, according to the United Nations.

Even in cities, the recovery has been slow.

In the town of Goroka, west of the epicentre, 1,600 university students were sleeping in classrooms or staying with relatives after their dormitories were badly damaged.

The university has suspended classes for a fortnight, according to UN assessors.

The UN team said that in Madang province alone, 432 homes had been destroyed.

The 7.6 earthquake was Papua New Guinea’s largest since a 2018 tremor that killed nearly 150 people.