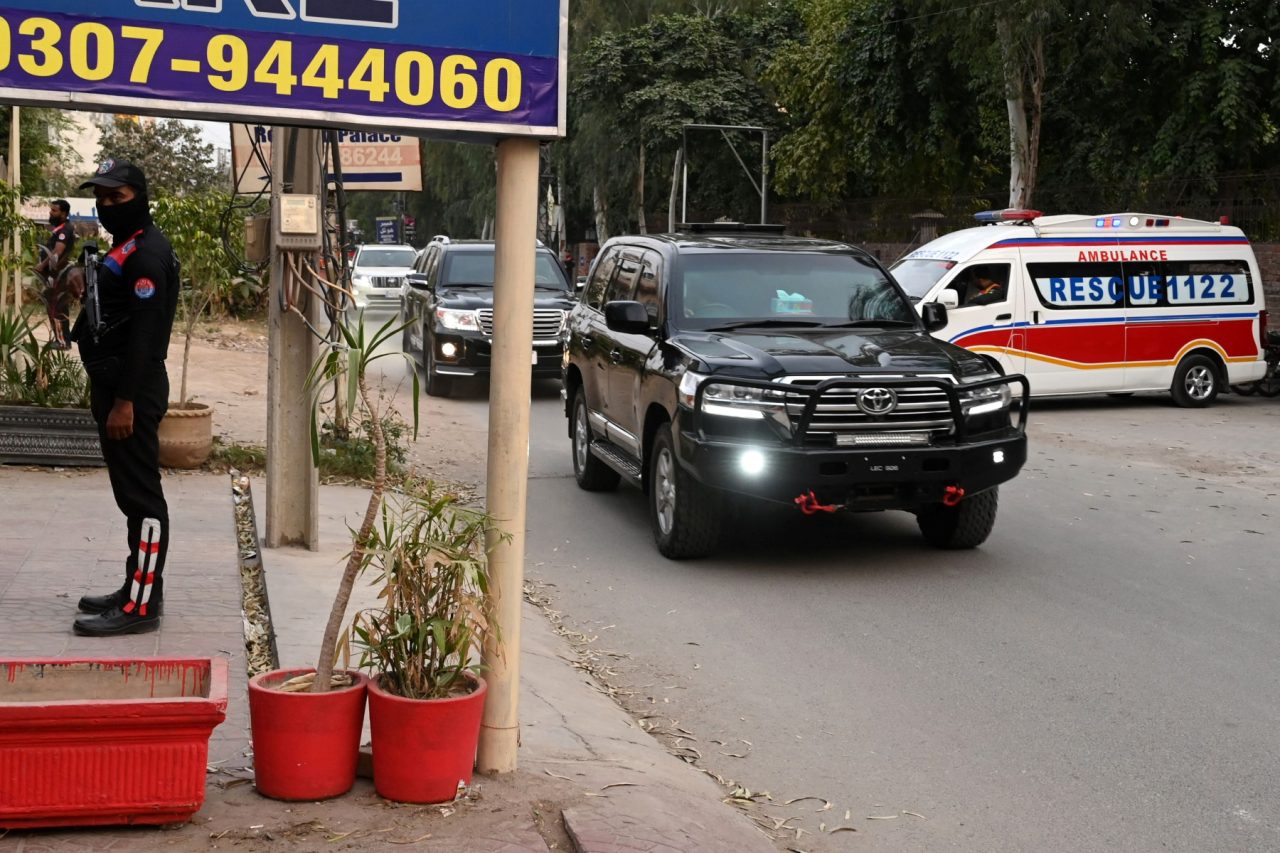 The shooting and Khan’s accusation that his successor Shehbaz Sharif was involved have significantly raised the political temperature in a country that has been on the boil since he was ousted in April.

Former information minister Fawad Chaudhry told AFP that Khan “has been discharged” and a local TV channel showed him wearing a blue hospital gown as he left the Lahore clinic by wheelchair.

Khan, 70, was wounded by gunfire aimed at his open-top container truck as he led a political party convoy through thick crowds in the eastern city of Wazirabad on Thursday.

One man is in custody following the attack, which government officials have said was the work of a lone gunman and “a very clear case of religious extremism”.

In an apparent confession video leaked by police to media, the sole suspect said he tried to kill Khan because his convoy was interrupting the call to prayer, which summons Muslims to mosques.

Khan, however, insists two shooters were involved, and speaking to reporters from hospital on Friday claimed Sharif, Interior Minister Rana Sanaullah, and a senior intelligence officer were behind the plot.

The government and military have dismissed those claims as lies and fabrications, and threatened to sue Khan for defamation.

Khan, a former cricketing superstar, became prime minister in 2018 on a ticket promising to block the dynastic families that have historically ruled Pakistan, and to end corrosive corruption.

He was ousted by a vote of no confidence in April as the economy languished and he lost the backing of the all-powerful military, considered the kingmakers in the south Asian nation.

Since then Khan has campaigned for a snap election, with a series of raucous marches and rallies, while claiming he was pushed out of power in a conspiracy orchestrated by the United States.

Analysts say the assassination attempt and Khan’s accusations have pushed Pakistan into a “dangerous phase”.

“It is a perilous situation,” said academic and political analyst Tauseef Ahmed Khan, who is also a board member of the Human Rights Commission of Pakistan.

“Not only for the democratic process but also for the country.”