Iran protests rage on in defiance of crackdown 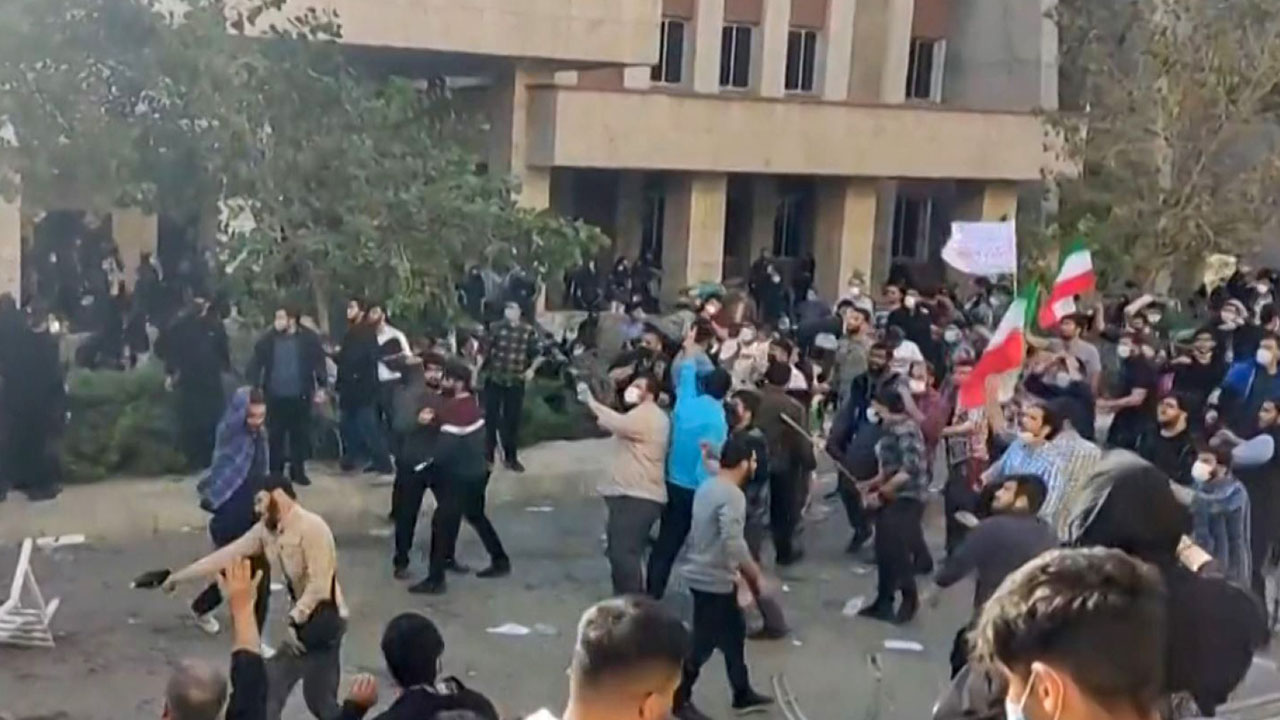 Iranians staged new protest actions to denounce the country’s theocratic regime in defiance of a crackdown that is now seeing those arrested put on trial and facing the death penalty.

Iran has for the past six weeks been rocked by protests of a scale and nature unprecedented since the 1979 Islamic revolution, sparked by the death in September of Mahsa Amini who had been arrested by the Tehran morality police.

The authorities have warned protesters it is time to leave the streets but the demonstrations have shown no sign of abating, taking place in residential areas, major avenues and universities nationwide.

The challenge for the regime is compounded by the custom in Iran to mark 40 days since a person died, turning every “chehelom” 40-day mourning ceremony for the dozens killed in the crackdown into a potential protest flashpoint.

Residents of the Tehran district of Ekbatan late Monday shouted protest movement slogans including “Death to the dictator” with security forces using stun grenades in a bid to stop the action, according to footage posted on the 1500tasvir monitoring site and other outlets.

The Norway-based Hengaw rights organisation said the funeral in the mainly Kurdish city of Sanandaj in northwestern Iran on Monday for Sarina Saedi, a 16-year-old girl it said was killed in the crackdown, turned into a protest with anti-regime slogans shouted and women removing headscarves.

1500tasvir also posted a widely shared video on social media showing medical students protesting in the northern city of Tabriz telling the authorities “You are the pervert!” in a message to the morality police.

– Toll mounts –
Amini’s death was according to family members caused by a blow to the head while in custody. The Iranian authorities contest this explanation but have ordered an investigation.

The protests were fuelled by anger over the strict Islamic dress code for women in Iran — which the police who arrested Amini were enforcing — but have become a rallying point for popular anger against the regime that has ruled Iran since the fall of the shah in 1979.

While there have been outbursts of protests in Iran over the past two decades the current movement has regularly broken taboos.

Images shared on social media showed murals of revolutionary leader Ayatollah Ali Khamenei and his predecessor Ayatollah Ruhollah Khomeini had been daubed with red paint in the holy city of Qom.

The protests have also seen a myriad of different tactics, with observers noting a new trend of young people tipping off the turbans of clerics in the street.

According to the Norway-based Iran Human Rights group, 160 people have been killed in the crackdown on the protests sparked by Amini’s death and another 93 in a distinct protest wave in Zahedan in the southeastern Sistan-Baluchistan province.

IHR has warned that these figures are a minimum, with information slow to flow in due to disruptions of the internet by the authorities.

Hengaw said among those buried on Monday was Komar Daruftade, a 16-year-old from Piranshahr in northwestern Iran who it said had been shot by security forces at a distance of three metres (15 feet) and later died in hospital.

– ‘Shocked’ –
Thousands of people have been arrested nationwide in the crackdown on the protests, rights activists say, while Iran’s judiciary has said 1,000 people have already been charged in connection with what it describes as “riots”.

The trial of five men charged with offences that can carry capital punishment over the protests opened Saturday in Tehran.

One of the men, Mohammad Ghobadlou, was sentenced to death at the first trial session, according to a video from his mother posted by the Washington-based Abdorrahman Boroumand Center. However this has not been confirmed by the judiciary.

The popular Iranian rapper Toomaj Salehi has become the latest high profile figure to be arrested, according to the New York-based Center for Human Rights in Iran.

Meanwhile the prominent freedom of expression campaigner and Wall Street Journal contributor Hossein Ronaghi, who was arrested shortly after the protests began, is on “hunger strike and not well”, his brother Hassan wrote on Twitter after the activist was granted a meeting with his parents.

German Chancellor Olaf Scholz said on Monday that the European Union is considering further sanctions against Iran saying he was shocked “people who are peacefully demonstrating at protests in Iran are dying.”