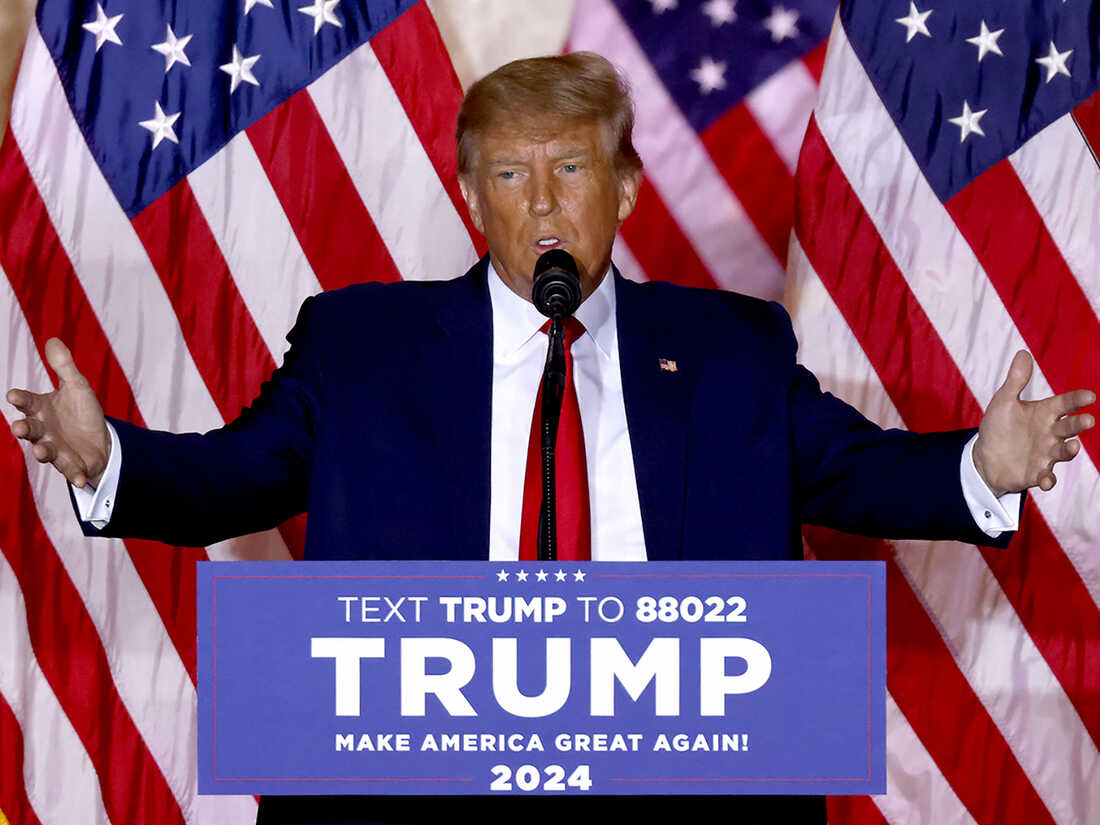 Donald Trump, a former US President, is trying to make a comeback.
He has announced he will run for the 2024 Republican nomination for president.
Trump is seeking to return to the White House after he had lost his bid for re-election to Joe Biden in 2020.
He disclosed this on Tuesday during a speech at his Mar-a-Lago, Florida home.
“In order to make America great and glorious again. I am tonight announcing my candidacy for president of the United States,” Trump said.
Recall that Trump won the US presidency for the first time in 2016 when he contested against Hillary Clinton.
Trump would become the second President to retake the White House if he succeeds in 2024, thereby making him the 45th and the 47th president, respectively.