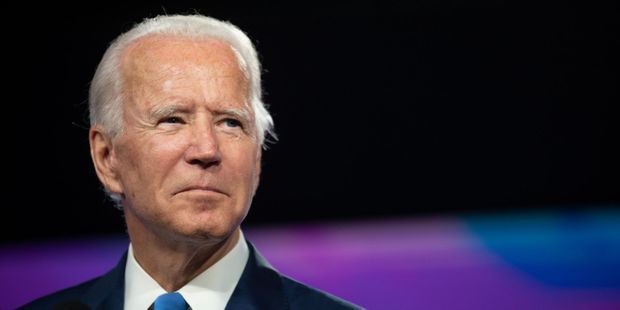 President Joe Biden insisted on Friday that Democrats will win next week’s US midterm elections, but warned of a difficult two years if polls showing Republican victories prove correct.

The 79-year-old, on a multi-state push in the final days before Tuesday’s ballot, said he was optimistic his Democratic Party could prevail.

“Folks, I’m not buying the notion that we’re in trouble,” he told an audience in Chicago. “I think we’re going to win. I really do.”

Polls show Republicans poised for potentially big victories in Tuesday’s congressional election, hoping to win control not only in the House of Representatives but the Senate.

That would turn the last two years of Biden’s first term into a dogfight and set the stage for a tense 2024 presidential election, with questions over whether Biden, who turns 80 this month, will want to run again.

“If we lose the House and Senate it’s going to be a horrible two years,” he said.

“The good news is that I’ll have the veto pen,” he added, referring to his power to block bills from becoming law.

Biden has hit the road as his vanquished 2020 rival has also got back on the campaign trail.

Donald Trump, who has spent much of the last two years fulminating over his loss, and pushing the discredited theory that there was election fraud, used a rally appearance to send the strongest signal so far that he’s planning a comeback bid.

According to a report in Axios on Friday, aides are firming up plans for a November 14 announcement.

That, however, is likely to depend on how well the right-wing candidates promoted by Trump do on Tuesday. Another factor in play is the threat hanging over Trump from an investigation into his hoarding of top secret documents at his Florida golf resort — and potential indictment on serious criminal charges.

For now, Republicans are confident they can at minimum get the one state they need to move the Senate from 50-50 to their own narrow majority, while expecting solid gains in the House of 12 to 25 seats, overcoming the Democrats’ current eight-member advantage.

– ‘I’ve got a plan‘ –
The final weeks of campaigning have seen Republicans even looking beyond the country’s swing states to Democratic bastions that once seemed out of reach.

Strategists from both parties are seeing districts across New York, Oregon, and Connecticut that went for Biden by double digits in 2020 coming back into play.

Hillary Clinton campaigned on Thursday in New York to boost the faltering fortunes of Governor Kathy Hochul while former president Barack Obama speaks in Pennsylvania Saturday. Biden himself was set to campaign in Democratic stronghold New York on Sunday.

Democrats have concentrated their message on the assault on democracy they say Republican election-deniers are mounting, and the violence they say this has provoked.

Paul Pelosi was released from the hospital on Friday, a week after he was attacked by a hammer-wielding man who had broken into his home searching for House Speaker Nancy Pelosi.

David DePape, who denies charges against him, allegedly told police he intended to break Nancy Pelosi’s kneecaps if she did not confess to Democratic Party “lies.”

“The Pelosi family is thankful for the beautiful outpouring of love, support, and prayers from around the world,” Nancy Pelosi said in a video after her husband’s release from the hospital.

The White House got some good economic news with official figures for October showing 261,000 new jobs and unemployment at low levels.

“I’ve got a plan to bring costs down, especially for health care, energy, and other everyday expenses… The Republican plan is very different,” Biden said in a statement.

In another glimmer of hope for the Democrats, Oprah Winfrey endorsed Pennsylvania Senate candidate John Fetterman during a virtual get-out-the-vote event Thursday.

It was a notable snub of Fetterman’s Republican rival, celebrity surgeon Mehmet Oz, who rose to fame largely through appearances on Winfrey’s show.

But with the Republicans confident of flipping Georgia and Nevada, the Keystone State might not even be needed for a takeover of the Senate.