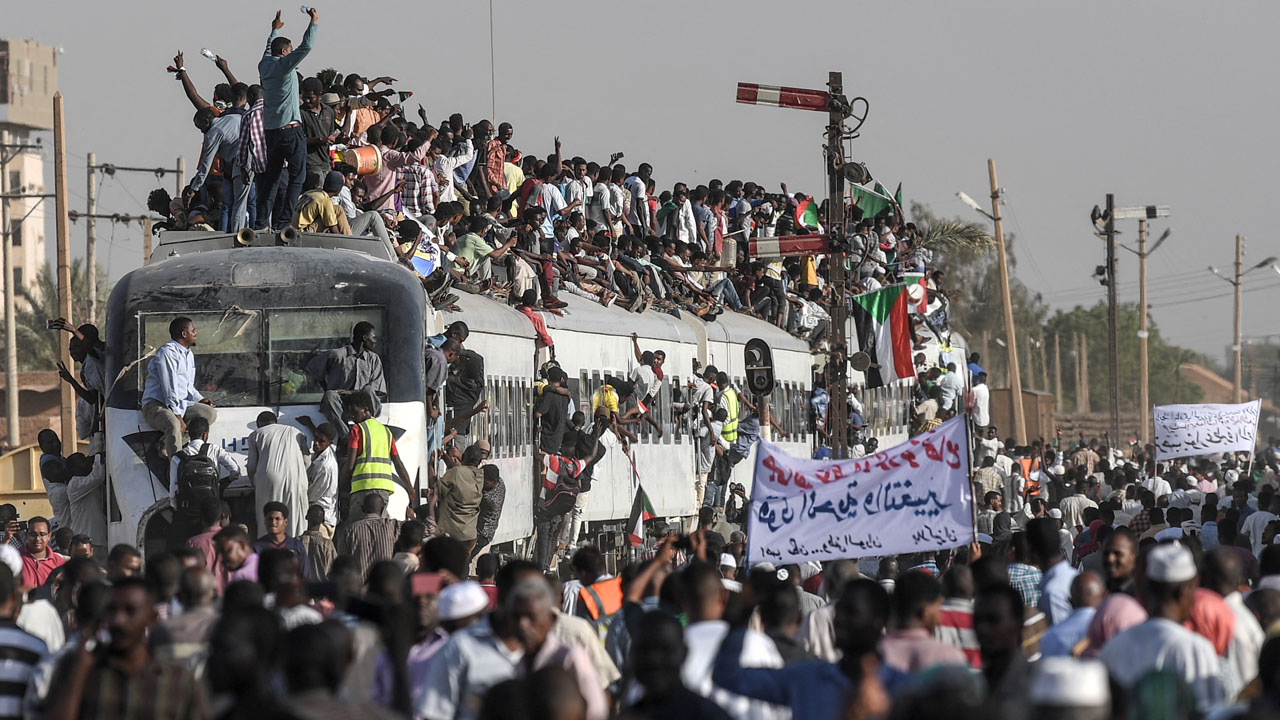 Two Sudanese demonstrators were killed Thursday by “bullets to the chest”, pro-democracy medics reported, as thousands of anti-coup protesters took to the streets demanding an end to military rule, AFP correspondents said.

“Even if we die, the military will not rule us,” protesters chanted, urging the reversal of an October military coup by army chief Abdel Fattah al-Burhan, that prompted foreign governments to slash aid, deepening a chronic economic crisis.

“Down with Burhan’s rule,” others chanted.

AFP correspondents reported security forces firing tear gas and stun grenades to disperse demonstrations, the latest crack down on the anti-coup movement over the past eight months.

Two protesters were killed Thursday in the city of Omdurman, across the Nile river from the capital Khartoum, pro-democracy medics said, bringing the death toll from months of protest-related violence to 105.

The medics had previously reported one demonstrator was shot dead on Wednesday during small-scale protests in the run-up to the main rallies.

An AFP correspondent said internet and phone lines had been disrupted since the early hours of Thursday, a measure the Sudanese authorities often impose to prevent mass gatherings.

Security was tight in Khartoum despite the recent lifting of a state of emergency imposed after the coup.

Troops and police blocked off roads leading to both army headquarters and the presidential palace, witnesses said.

Shops around the capital were largely shuttered.

Activists have been calling for “million-strong” rallies.

UN special representative Volker Perthes said Thursday that “violence needs to end”, while the US embassy in Khartoum urged restraint and “the protection of civilians so that no more lives are lost”.

– Multiple anniversaries –
Sudan’s foreign ministry has repeatedly criticised the UN envoy’s comments, saying they were built on “assumptions” and “contradict his role as facilitator” in troubled talks on ending Sudan’s political crisis.

The latest protests come on the anniversary of a previous coup in 1989, that toppled the country’s last elected civilian government and ushered in three decades of iron-fisted rule by Islamist-backed general Omar al-Bashir.

They also come on the anniversary of 2019 protests demanding that the generals, who had ousted Bashir in a palace coup earlier that year, cede power to civilians.

Those protests led to the formation of the mixed civilian-military transitional government which was toppled in last year’s coup.

Sudan has been roiled by near-weekly protests as the country’s economic woes have deepened since Burhan seized power last year.

“June 30 is our way to bring down the coup and block the path of any fake alternatives,” said the Forces for Freedom and Change, an alliance of civilian groups whose leaders were ousted in the coup.

Alongside the African Union and east African bloc IGAD, the United Nations has been attempting to broker talks between the generals and civilians, but they have been boycotted by all the main civilian factions.

The UN has warned that the deepening economic and political crisis has pushed one third of the country’s population of more than 40 million towards life-threatening food shortages.