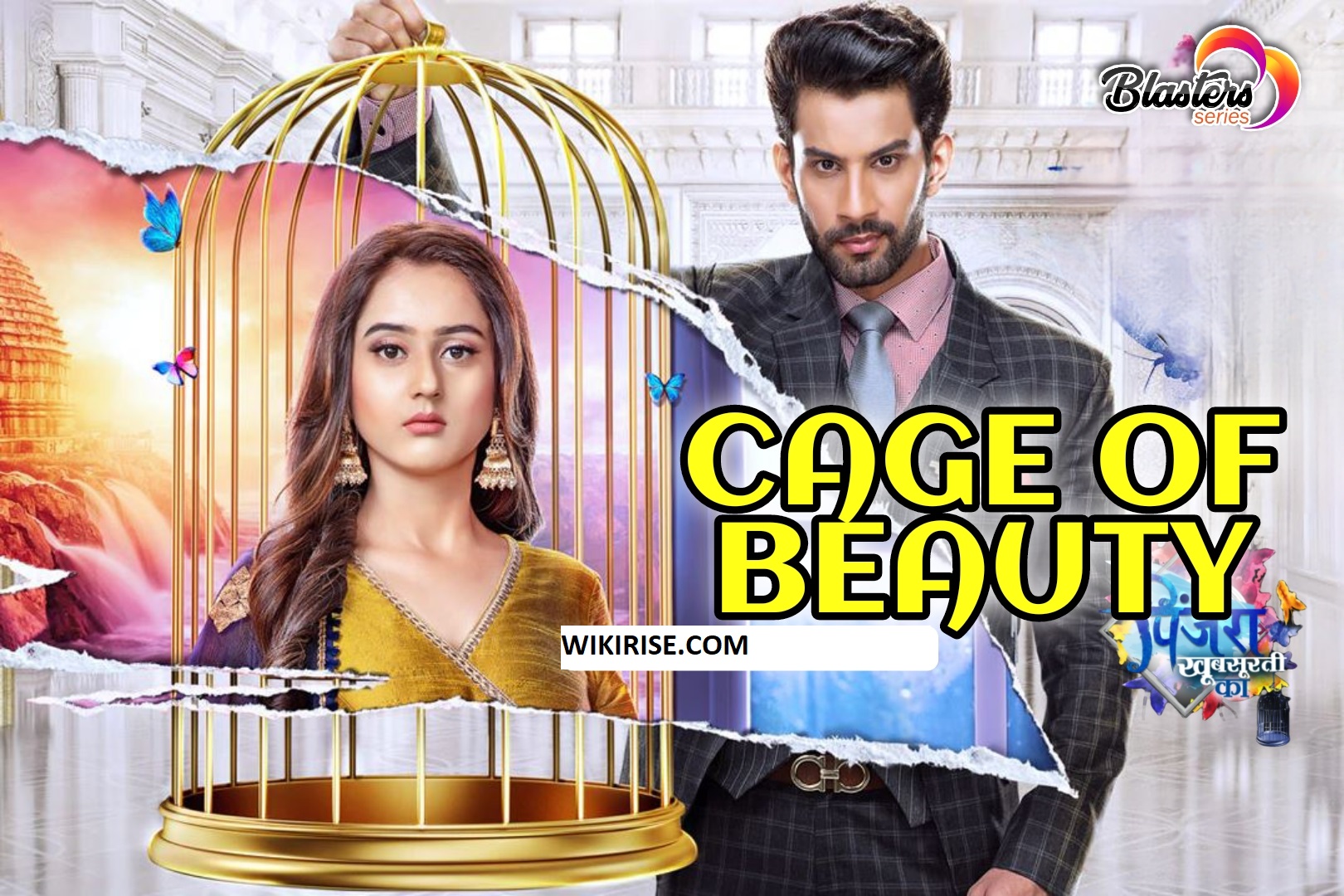 Mayura asking the lady where is Tara now. She turns hearing Tara calling her Mamma and finds Omkar taking her in the car. She runs behind the car for a while and stops, cries. Omkar reaches the big mansion and recalls working on the site to build the mansion, while the owner scolds him calling him dirty.

The little Omkar challenges him that he will stay away from dirt and his destiny will brighten up like Sangemarmar/marble.

He gets teary eyes. Tara asks whose house is this? Omkar tells her that this is the first house which he had brought, he had worked hard to reach here. He goes inside and brings haldi plate. He asks her to leave her hand impression on the wall and get inside.

Tara says wow, hand printing. Omkar says you are welcome and tells that she can go anywhere in the house, wherever she wants, tells that they will play, cook and will keep her tent house too. Tara gets sad and says if Mamma would have been with us, then it would be great.

Mayura cries and tells Vishaka that Police couldn’t help her, as Omkar is Tara’s father. She says Omkar has filed the case of negligence against her. Vishaka says we don’t have any proofs against Megha, and wonders how can a sister betray her sister. Mayura cries. Tara tells Omkar that why both her parents aren’t together with her. She says she used to miss them both when she was in hostel. Omkar says we will stay here and will do masti. Tara says we will call Mamma too. Omkar nods his head. She goes to see the house. Omkar thinks you have to stay away from your mother. He opens the door and finds someone.

Mayura tells Vishaka that she can’t live without Tara and will search her, loves her a lot. She says I just want to search her. Vishaka gets Megha’s pic outside the big Mansion of Omkar. She says we got Tara’s location. Megha comes to Omkar and asks him to give her money else…She says I will request you until you give my money. She says I can help you and you will need me. She says I am the practicing lawyer and can help you against Mayura in the case. Omkar says I have hired the lawyer. Megha says even a good lawyer loses custody case and says if I fight the case against Mayura, then court will think that a sister is against her sister and that Mayura is not right girl. She asks him to hire her as the lawyer and give her fees which he gives to his lawyer. Omkar says you will get the money, but Tara shall not go away from me. Megha asks him to keep his hand open interms of money and tells that she will make the case strong.

Mayura says she knows this haveli, this is Omkar’s old mansion. She says we shall go there. Vishaka says we can’t take any move in excitement and tells that even if we get Tara, then Omkar will slap another case against us. Mayura asks what shall I do, knowing my daughter is with that man. Vishaka says I am not telling this and asks her to understand. She asks her to look at herself in the mirror and asks if you can fight with Omkar in this condition. She asks if this is the same Maya, whom I have trained against Omkar. She says since Tara is gone, I see Mayura in you, who cries and pleads for Tara. Mayura says Maya is fake, and says she just wants her daughter. Vishaka asks her to handle herself and says Omkar knows your truth, but people don’t know. She says you are Maya, whom people know, who has contacts. She says we shall not flow in emotions and tells her saying. She says Omkar will attack you, but you have to counter attack him as Maya. She says Mayura will not break the rules, but I want to see the limits of Maya, wants to see what she can do to get her daughter, how she mends the law and breaks it to get her daughter. She says Mayura can’t become like Omkar, but Maya can become like him. She asks her to think if she can become Maya or Mayura. If she stays as Mayura, then she shall go to Omkar’s house and plead infront of him. She says decision is yours. Mayura says be it Mayura or Maya, I can go to any extreme to get my daughter. She asks Vishaka to tell what shall be done.

Omkar tells Tara that they will make world’s best cake. Tara says best cake than Mamma’s cake. Omkar nods his head. He makes the cake and put it in the oven. They have some good moments. She splashes flour on Omkar, he moves and it falls on Megha. Tara recognizes her as witched aunty and asks Omkar to send her out. Omkar says she is your Maasi, she didn’t kidnap you. She brought you to me. He shows her Mayura’s pic with Megha and says she is your Maasi, can’t do wrong with you. He says cake is spoiled. Tara says Mamma makes best cake. Omkar says we will order it. Shankar calls him and tells that someone is throwing them out of house. Omkar asks Tara to be with Megha. Megha says I can help you.

Omkar says ok and calls Servants to take care of Tara. He comes home and finds the house gate sealed. He calls Shankar and asks how the house is sealed. He gets shocked. Mayura comes there in the car.

Omkar appreciating Megha for hiding Tara. Megha says Tara is really not with me. Omkar is shocked. Megha says I had gone to take her, but she was not in her room. She says I thought she is outside and went there, but Vishaka’s guard caught me. Vishaka asks Mayura to drink water and says Omkar’s everything is yours now and he has nothing now. Mayura says I don’t want anything as my daughter is not with me. Vishaka says he can’t hide Tara from you for long time. She says Omkar is habitual to stay in palace. Mayura says I want just my Tara. She hugs Vishaka and cries. Vishaka smiles. Megha tells Omkar that she is sure that Tara is with Mayura and they have hidden here in the haveli. Omkar says he will go in the night to take his Tara back. He comes to the haveli later in the night and check in library and rooms. Mayura comes there with Vishaka and the lady guard. Mayura puts torch light on his face. She tells that she knew that he will come and that’s why she made the arrangements beforehand. She asks what do you want, do you want the haveli papers. Omkar says I just need my Tara. Mayura says Tara is with you, stop acting. Omkar says you are acting, Tara is with me. Vishaka asks lady guard to throw him out. Omkar says I come with my wish and go with my wish too. He says a mother understands when a father’s heart yearns for his daughter, but you didn’t understand. He says you didn’t do right by keeping her away from me, you will repent. Mayura is surprised. Omkar thinks where did she hide Tara? Mayura tells Vishaka that it doesn’t seem that he was lying. Vishaka asks her not to do foolishness and don’t come in his talks. She says Tara is with Omkar. Mayura says she saw truthfulness in his eyes. Vishaka says seriously, did you read his eyes? She asks her to take rest and says my whole team is searching Tara. Mayura nods her head.

Omkar cries and thinks of his moments with Tara. Mayura also cries and thinks of Tara. Megha comes to Omkar and asks what is he doing? Omkar tells that Tara and he used to wish sitting outside, but today she is not with him. He says Mayura has snatched my haveli, my Tara, my peace and everything. He says I know that Mayura has hidden her somewhere, but she didn’t know that I won’t be at peace until I find her. Vishaka comes to a secret room in the haveli later in the night and opens the door. Tara is sleeping there or unconscious. Vishaka says whenever there is some theft, everyone search outside. She asks her to be silent and says she will send her very far, and nobody will know that Vishaka has kidnapped her. Tara in sleep, says Mamma Pappa, I want to be with you. Vishaka thinks of her brother, getting kicked by Manjari, and asking him to go. She looks at his pic and recalls tying rakhi to him. A fb is shown. She says his haveli is yours, and this is the result of your hard work. Vishal smiles. Fb ends. Vishaka recalls Manjari asking him to leave, while he pleads infront of her. Mayura gets Sanjay’s call and he tells her that he has kept eye on Omkar, but Tara is not there. Mayura says she has a feeling that some link is missing and asks him to keep an eye on Omkar.

Shankar tells Omkar that he will take care of Manjari. He tells that Mayura can’t kidnap Tara. Omkar says you are still taking her side and says he will search her anyhow. He gets a call and goes. Mayura prays to Goddess and asks her to make her meet her daughter. Vishaka is taking Tara out, along with the guard behind her. Tara says Mamma. Mayura hears Tara’s voice and turns. She sees Vishaka standing and says she has heard her voice. Vishaka says Tara is missing. Mayura goes. Vishaka calls someone and asks to take care of Tara and get her medicines. She sees Mayura going in a hurry and thinks if she saw Tara going somewhere. Omkar is in the hospital pharmacy and says he will bring Maa’s medicine. He collides with a lady and some medicines fall down from her hand. Omkar thinks this is the same medicines which is given to Tara and thinks who is this lady, if she is connected to her.

She says you have snatched his everything, where will he hide her? Mayura thinks where did Tara go.