Sancho, Ronaldo on target as Man U ease past Sheriff 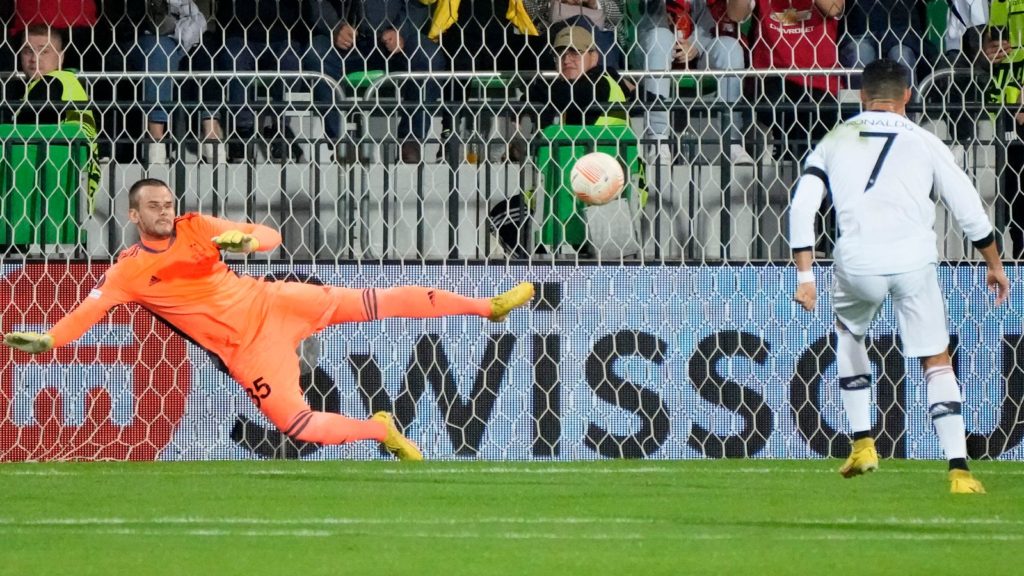 Jadon Sancho produced the perfect response to being left out of the England squad as he scored in Manchester United’s 2-0 win over Sheriff Tiraspol to help get their Europa League campaign up and running.

After losing their opening Group E game to Real Sociedad 1-0 last Thursday at Old Trafford, it was vital United bounced back in Moldova and first-half goals from Sancho (17) and Cristiano Ronaldo (39) ensured they did just that.

Sancho finished off a fine move with a scuffed effort on his left after Christian Eriksen’s reverse pass, before Ronaldo scored the 699th goal of his club career – and first of the season – from the penalty spot on a comfortable evening for Erik ten Hag’s side.

The win  United’s third in a row on the road  moves the Premier League side up to second in the group behind Sociedad, while Sheriff drop to third but are level with United on three points.

United were second best in the opening stages of Thursday night’s game in Moldova, but managed to open the scoring 17 minutes in, as Sancho finished off a slick move for his third of the season, dedicating his goal to a young fan who had gifted him a pair of personalised shin pads.