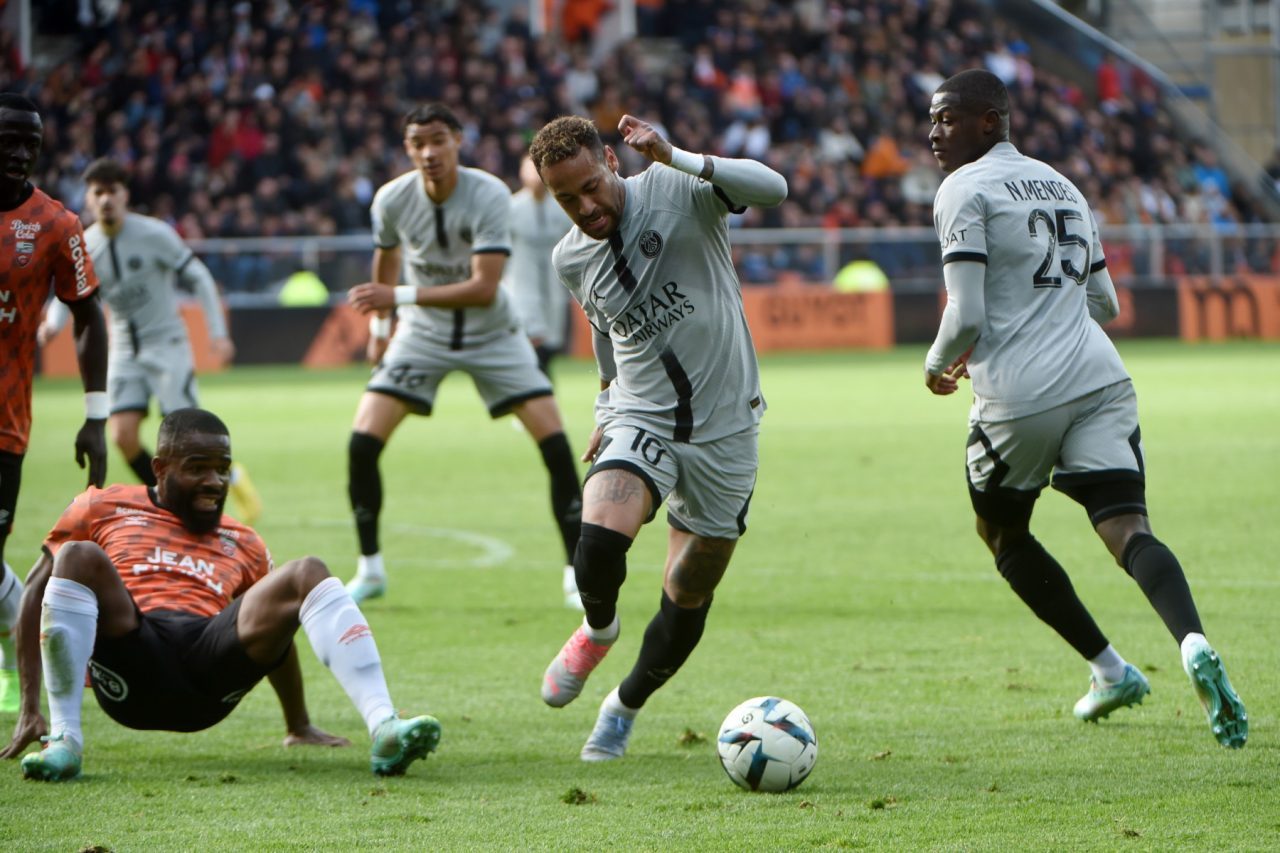 Danilo Pereira headed a late winner as Paris Saint-Germain won 2-1 at fourth-placed Lorient and strengthened their hold on first place in Ligue 1 on Sunday.

The victory restored PSG’s five-point lead over Lens, who beat Angers on Saturday.

PSG manager Christophe Galtier made four changes from the team that won at Juventus on Wednesday.

One of the stars who kept his place, Kylian Mbappe came off with five minutes left but Galtier said the France striker was not suffering an injury that could threaten his World Cup.

“It is fatigue related to the sequence of matches,” Galtier said.

“It’s a very busy schedule, with some anxiety. Everyone is listening to their body in this pre-World Cup period. There can be a fear.”

Neymar gave PSG the lead after nine minutes. The Brazilian closed down goalkeeper Yvon Mvogo and blocked his clearance.

The ball ran wide to Hugo Ekitike, replacing Lionel Messi in the starting lineup. Ekitike rolled it back to Neymar, who danced round Mvogo and stroked the ball into the net.

The goal was Neymar’s 11th of the season, taking him level as top scorer in Ligue 1 with Mbappe.

Mvogo was injured in the goal and was replaced by former Arsenal keeper Vito Mannone.

He stopped a header by Sergio Ramos, a shot on the run by Mbappe and a strike by Ekitike all before half time.

Gedeon Kalulu also cleared a shot from Achraf Hakimi off the line just before the break.

The Parisians, who reverted to a five-man defence after playing four at the back in their previous four games, did not give the home team many chances in the first half.

Lorient who drew at home with PSG last December and beat them when lying last in Ligue 1 the previous season, did not give up.

They levelled in the 53rd minute when Terem Moffi ran onto a pass from a Vincent Le Goff and thumped a shot inside the near post and into the roof of Gianluigi Donnaruma’s goal.

The Nigerian striker came close to a second four minutes later when his shot bounced off the crossbar.

PSG tightened their defence but struggled to move forward.

With the exception of a shot from Mbappe into the arms of Mannone, the visitors had to rely on set pieces, a weak point of the Lorient defence.

From a pinpoint corner from Neymar, Pereira took advantage of a light marking to restore the lead to his team with a powerful 81st-minute header.

It was Neymar’s ninth assist, second in the league to absent team-mate Messi