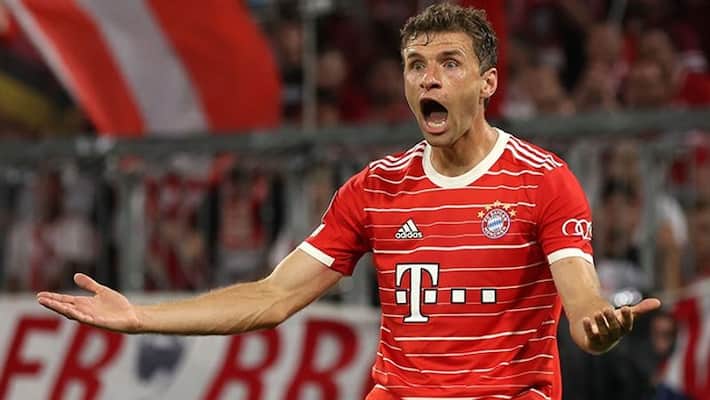 Bayern Munich star Thomas Muller’s home was burgled with over six-digits worth of goods stolen, according to reports in Germany.

The forward’s villa in the small town of Wettlkam in the municipality of Otterfing, south of Munich, was broken into on Tuesday evening around 10pm.

As reported by German newspaper BILD, police have confirmed that cash, jewelry and valuables were stolen, while Muller was helping Bayern to a 2-0 victory over Barcelona in the Champions League.

The same report suggests there is no trace of the burglars yet and investigations remain ongoing.

The Oberbayern Sud police also confirmed the news, by saying: ‘On Tuesday evening, several unknown perpetrators apparently broke into a family home in the municipality of Otterfing and stole cash, jewelry and valuables in the mid-six-figure range.

‘Despite massive police searches, there is no trace of the burglars. The Miesbach detective is investigating.’

The burglars are said to have escaped across a field, although service dog handlers and police helicopters searched intensively, but there is still no trace of the perpetrators.

The 33-year-old left the Allianz Arena in a hurry and had no time for the media, which came as a surprise with the vice-captain always speaking after games, but instead he cited a ‘private appointment’  at the time everyone believed was a birthday party.

Muller tweeted after the match: ‘2:0 birthday win against Barcelona. Interesting match with goals of Lucas Hernandez and Leroy Sane.’

Missed chances by Robert Lewandowski on his return to Bayern Munich proved costly as his Barcelona side lost in Germany.

The Spanish giants dominated the first-half, but failed to take their chances, and were blown away early in the second-half with goals from defender Lucas Hernandez and winger Leroy Sane.

The victory puts Bayern Munich in control of Group C with six points from two games. Robbing of player’s homes has become rampant in recent times cutting cross the leagues. Chelsea new man Aubameyang was robbed while at home just before he left Barcelona for Chelsea.