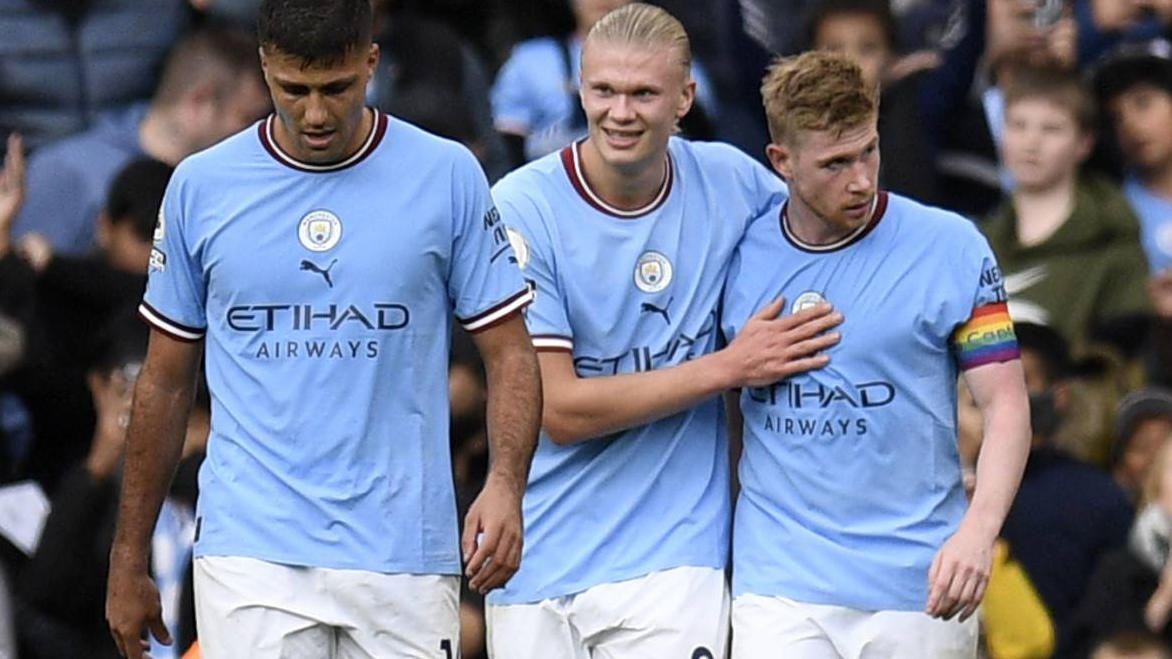 It is the second-highest revenue figure in English club history after Manchester United’s annual revenues hit £627 million in 2019.

Al Mubarak said City’s ownership are achieving the goals set out when the Abu Dhabi United Group took over the club 14 years ago.

“In 2008, we gave ourselves the target of exceeding the benchmarks that had been set by others within football and, in doing so, to also exceed the new standards that we believed leading clubs would achieve in the time it would take us to catch up,” he wrote in the report.

“Our aim was clear — to one day be the club that set the benchmark for others. The statistics and results show that in many ways we are beginning to achieve our long-term ambition.”

City have become the dominant force in English football, lifting six Premier League titles along with a glut of other silverware since 2008 but have yet to win the Champions League.

“If we are to be true to the efforts of all of those people that have contributed over the last 14 years to deliver our current successes, we must challenge ourselves to question everything we accept as optimal, and to define new and unprecedented goals and the right strategies to achieve them,” said the chairman.

City’s revenues were up £43.2 million on the previous year, when most games were played behind closed doors due to the coronavirus lockdown, with commercial revenue significantly higher.

Player sales brought in £67.7 million — taking revenues from the transfer market to more than £250 million in the past five years.

The figures do not include the recent summer transfer window, when City signed a number of top players including Erling Haaland and Kalvin Phillips to boost Pep Guardiola’s squad.

But the club said the sale of players including Raheem Sterling, Gabriel Jesus and Oleksandr Zinchenko still brought in a net income of about £35 million.

“The best players in world football are making us their destination of choice, our player trading was executed with great skill and positive financial outcomes, and our commercial partnerships continued to deepen and expand by geography and sector,” said Al Mubarak.

“But football does not stand still and other leading clubs continue to evolve and develop. We therefore need to constantly challenge ourselves to improve upon what we have achieved.”