Liverpool on the verge of terminating Melo contract 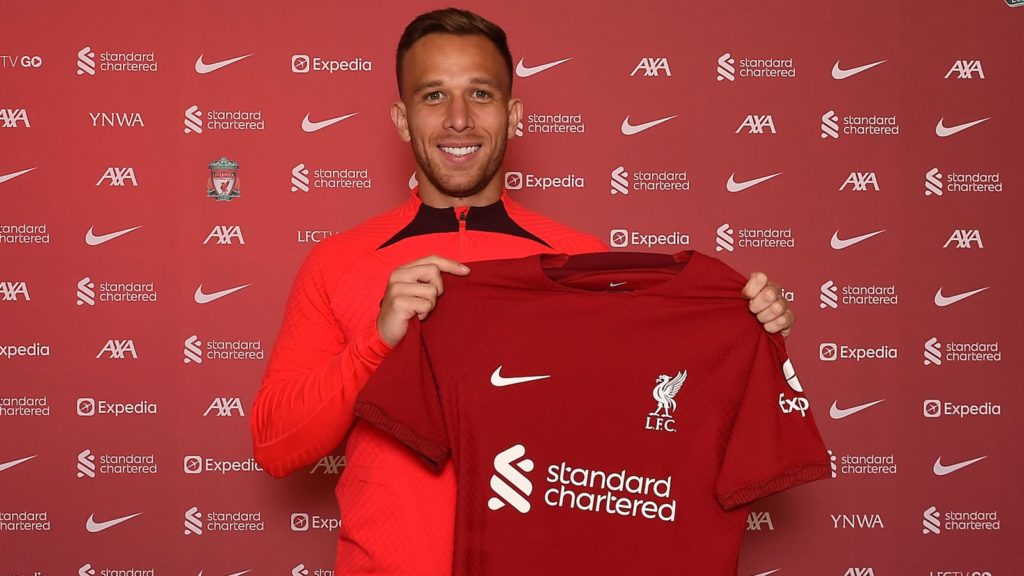 Liverpool are considering terminating new signing Arthur Melo’s loan deal in January, as Jurgen Klopp and his coaches have been left unimpressed by the midfielder.

Melo arrived at Anfield from Juventus on deadline day as the Reds desperately looked to bring in a midfielder for cover due to a long-list of injuries in that department.

The Merseyside club had endured a difficult start to the new season, and this was largely due to this midfield crisis.

Thiago Alcantara, Naby Keita, Curtis Jones, Alex Oxlade-Chamberlain, Jordan Henderson and Fabio Carvalho have all missed games so far and some of them will continue to miss games for the foreseeable future.

This forced the Liverpool hierarchy’s hand in the transfer market, as they rushed to bring Arthur to the North West on the last day of the window.

The deal included a €4.5 million loan fee, as well as an option to buy the player for €37.5 million at the end of the season-long loan.

However, Tuttomercatoweb are now reporting that the Liverpool coaches have been left unimpressed by the 26-year-old, who is said to be deemed not ‘at the level expected’.

READ ALSO UCL: ​Liverpool manager Klopp hits back at Mane claims: ‘We can do without him’

The Italian outlet suggests that the club will actively search the market for a new midfield recruit in the winter window, and if this materialises, then Arthur’s deal on Merseyside will be cut short.

The Brazilian is already considered surplus to requirements in Turin, so this move would leave him in a difficult position.

Many felt this deal was a panic, short-term solution to the Reds’ midfield crisis, and that they’d look for a new signing in the middle of the park anyway in 12 months time.