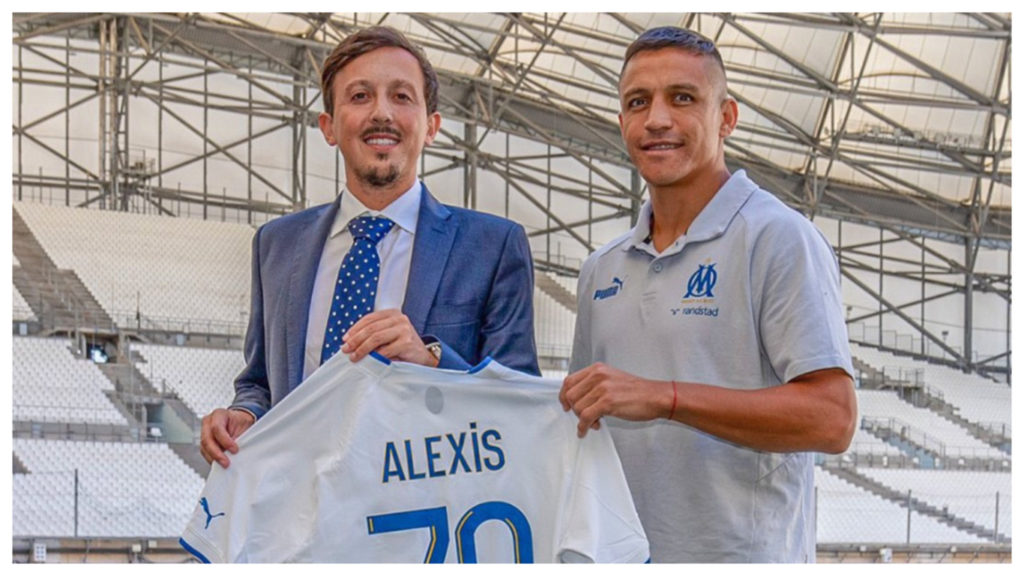 Marseille have signed former Arsenal and Barcelona star Alexis Sanchez on a free transfer following his departure from Inter Milan, the French club announced on Wednesday.

Marseille said the forward, with 143 caps for Chile, had signed a deal at the Velodrome after passing a medical. A club official told AFP he had agreed a one-year contract.

Welcome to your new home. 💙🏡 pic.twitter.com/RJ8hCNoKCu

Sanchez, 33, recently terminated his contract with Inter and arrived at Marseille airport late on Tuesday to be met by several hundred adoring supporters.

His arrival is a major boost for Marseille ahead of their return to the Champions League.

They qualified for this season’s group stage after finishing as runners-up in Ligue 1 but then saw coach Jorge Sampaoli – who used to coach Chile – depart with ex-Croatia defender Igor Tudor replacing him.

Marseille will be Sanchez’s sixth club in Europe after Udinese, Barcelona, Arsenal, Manchester United and Inter.

He spent three years at Inter, helping them win the Serie A title in 2021.