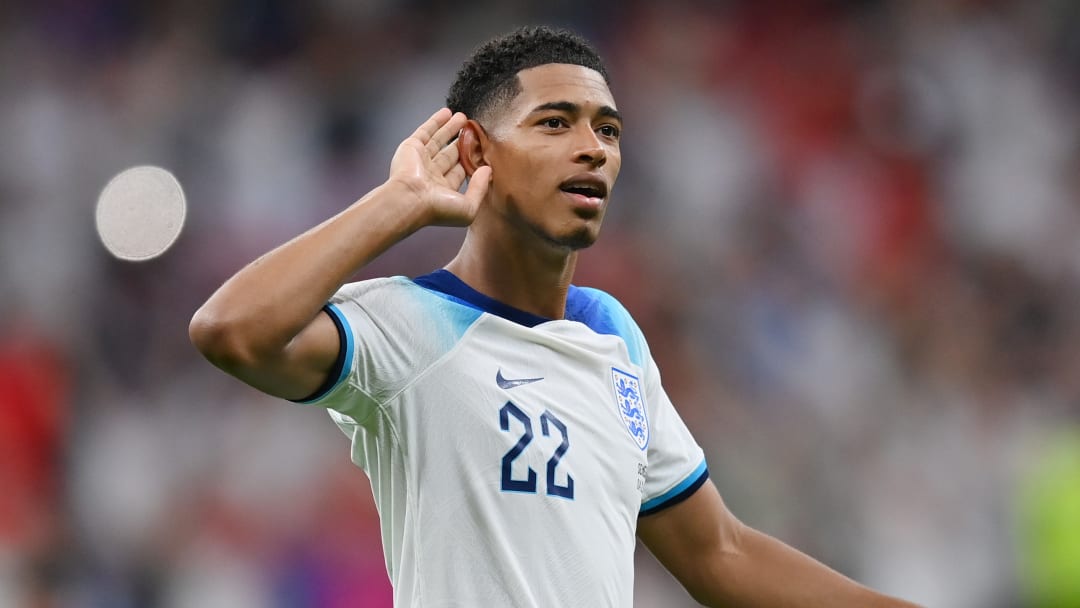 Gareth Southgate’s side eventually cruised into the quarter-final with a performance that improved as the night went on. Henderson and Bellingham in particular stood out, with the former opening the scoring in the first half.

Henderson has been the subject of plenty of criticism recently – for hise performances and also for occuping a place in England’s starting XI – but Bellingham has fully backed the Premier League winner and claimed any criticism of him was “ridiculous”.

Speaking to ITV post-match, the 19-year-old explained: “A brilliant performance today (from Henderson).

“I’ve seen some of the rubbish that was said about him playing, it’s ridiculous. He’s so underrated technically and he’s delivered again in a big game with a massive goal. So yeah, I think it’s time he gets a bit of respect.”

Bellingham played a key role in England’s first two goals, assisting Henderson for the opener, and was asked about how much England work on their team moves: “I think when you have that much quality in the team, it’s not something you work on too much.

“But yeah, we get given patterns and we try and follow them as best as we can, but when you have the players we do, who can play the ball on one touch, two touch and break a team down, you kind of let them be free.”

Bellingham and England must now see off the threat of France in the quarter-final, after two-goal Kylian Mbappe insipired a 3-1 win over Poland.