James Maddison has revealed that he is ‘desperate’ to make an impact with England at some point this World Cup. 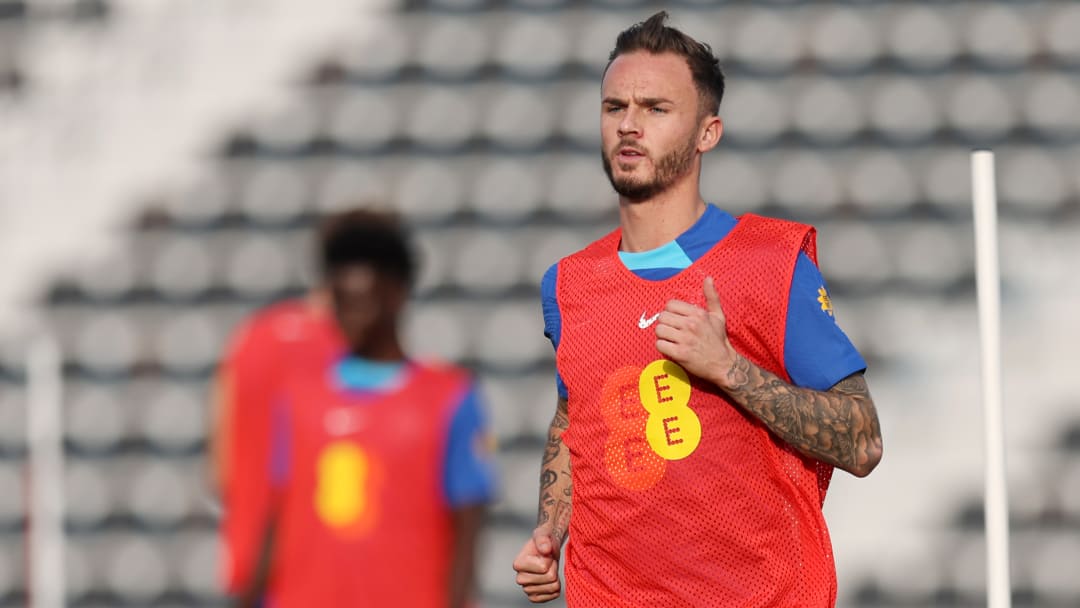 After just squeezing into Gareth Southgate’s 26-player squad, Maddison picked up an injury on the eve of the tournament and it was feared he would need to be replaced.

The midfielder has since returned to fitness but is one of few remaining England players yet to play a minute at this World Cup.

Speaking to talkSPORT, Maddison insisted that while he is doing all he can to help his teammates off the pitch, he is itching to get some minutes and make a tangible contribution.

“Involvement is not always playing,” Maddison said. “That’s something I’ve learned in the last few weeks of being out here.

“Of course, every player wants to play and I’m no different. I’m desperate to get out there and show what I can do. But it’s my first major tournament at senior level and it’s brilliant to be a part of.

“It’s such a learning curve and you gain so much experience without realising on a day-to-day basis, how it works and what it takes to be successful. And we have been successful so far. What a performance last night, a really convincing win against a good Senegal team in the knockouts.

“I’m feeling good, the injury’s gone, I’m feeling 100 per cent. I’ve been training for a while now and I’ve been available for the last couple of games. It’s just about staying patient and staying ready, which I am, working hard and trying to be an option for the manager if I’m needed.”

Maddison has only been capped once by England, coming off the bench during a 7-0 win over Montenegro back in 2019.

He has been in superb form for Leicester this season, contributing 11 goals and assists so far in the Premier League – only Erling Haaland, Harry Kane, Ivan Toney and Kevin De Bruyne have a higher tally.