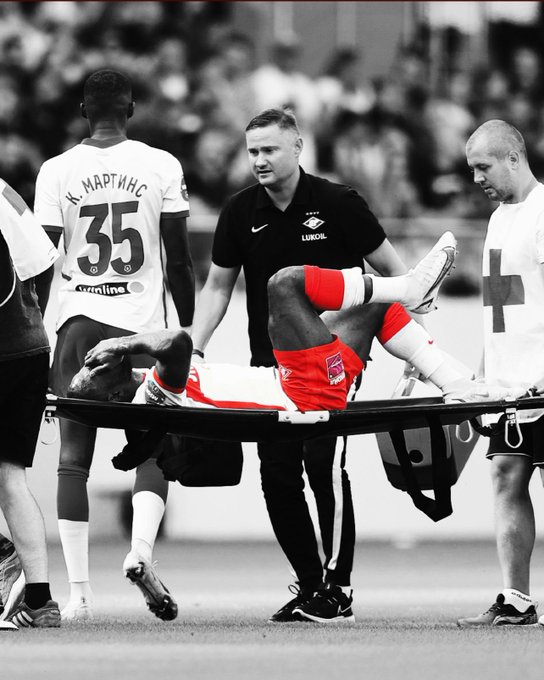 Former Super Eagles winger Victor Moses is eager to return to action barely few days after being stretchered out following injury while playing for his Russian side Spartak Moscow. The former Chelsea ace who thanked club management, medics and fans alike for the support he got following injury took to the social media to assure all that he will do all it takes to return to action so as to help the team achieve set target. He described the set back as devastating.

“Devastated to have suffered an injury in the game at the weekend.I will be doing all I can to recover and get back fully fit as quickly as possible to help the team 💪🏿thank you so much to everyone at the club and all of the fans for your fantastic support. I’ll be back stronger 🙏🏿” he enthused.

Spartak Moscow are second on the league table with 10 points in just only four games played in the new season.