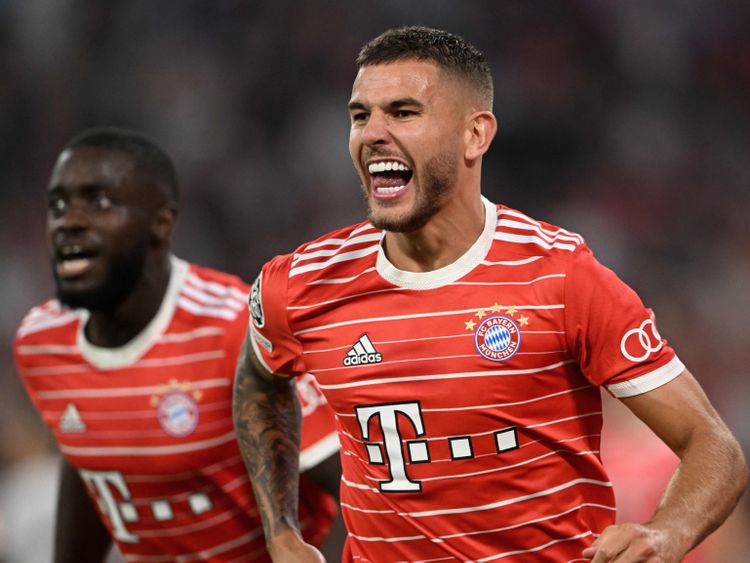 Bayern Munich right-back Lucas Hernandez will be absent for “several weeks” with a groin injury, the club said on Wednesday, adding to French concerns with the World Cup two months away.

Hernandez suffered the injury in Bayern’s 2-0 Champions League win against Barcelona on Tuesday.

“A scan has revealed that the 26-year-old Frenchman suffered a muscle tear in his left adductor,” Bayern said in a statement.

It means France coach Didier Deschamps must juggle his defensive options for the Nations League games this month as Paris Saint-Germain centre-back Presnel Kimpembe was ruled out for around six weeks earlier this week with a hamstring problem.

Midfielder Paul Pogba is recovering from knee surgery while both N’Golo Kante and Karim Benzema are also currently sidelined.

France play Austria on September 22 and then Denmark three days later in the Nations League games, which act as key warm-ups for the World Cup, which kicks off in Qatar on November 20.