Arsenal striker Gabriel Jesus has returned to London for further checks on the knee injury which has ruled him out of the World Cup. 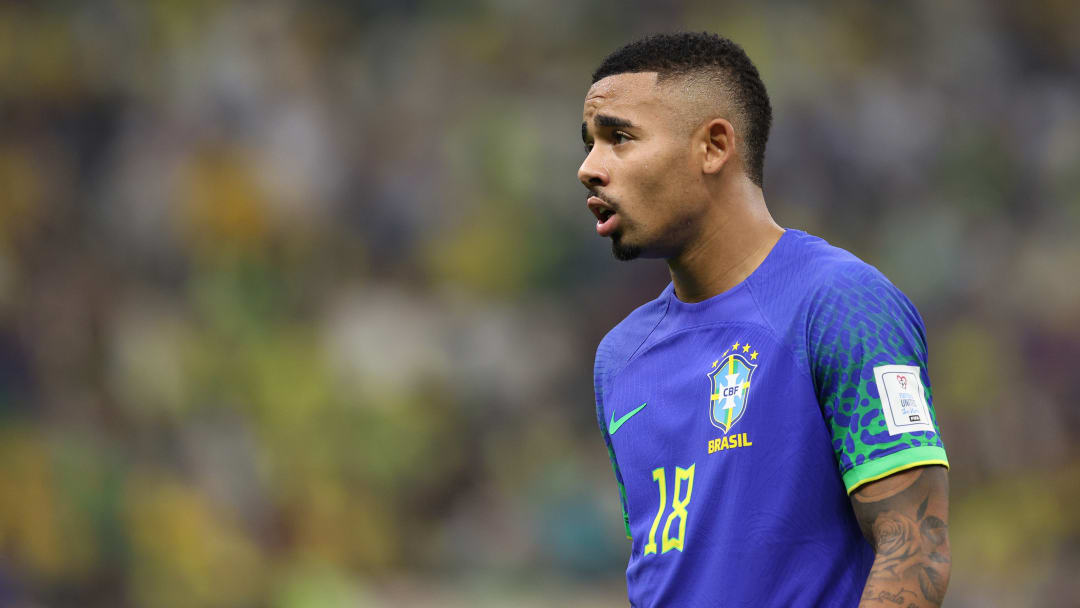 Jesus started Brazil’s final group stage game against Cameroon but complained of pain as he limped off the pitch, with one month soon turning into three in reports of how long the striker could be on the sidelines for.

Numerous outlets have now reported that Jesus is back in London for further examinations on his knee to determine the full severity of the problem.

Reports of a three-month recovery time have not been confirmed just yet and so Arsenal are looking to work out just how long they could be without their star signing of the summer.

Jesus has five goals and six assists in 14 Premier League appearances for Arsenal. who would likely turn to 23-year-old Eddie Nketiah if forced to make do without the Brazilian.

After learning of Jesus’ injury, Arsenal teammate Takehiro Tomiyasu was visibly disappointed for the Brazilian.

“It’s a shame, because obviously to play in a World Cup is a big dream for us, for every football player,” the Japan international said.

“I’m sorry for him, but hopefully he will be back soon.”