France have had their appeal over the result of their World Cup game against Tunisia rejected by FIFA. 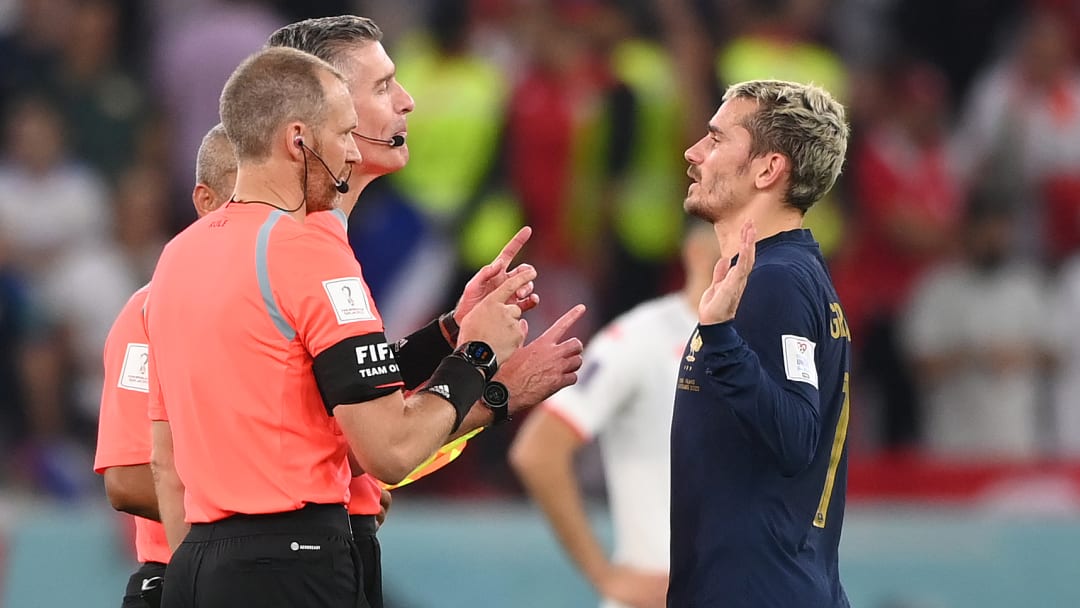 The appeal was made after their final group game against Tunisia, which the North African side won 1-0 thanks to a Wahbi Khazri goal.

It was a game that ended in controversy, though, with substitute Antoine Griezmann believing he had scored an equaliser in the 99th minute.

A long delay followed, and the referee allowed Tunisia to kick off again, only for VAR to intervene and disallow the goal for offside.

That incensed the French and they lodged an appeal, claiming a breach in VAR protocol had occurred in disallowing a goal after play had restarted with a kick-off.

The French Football Federation (FFF) asked FIFA to allow the goal and have the result changed to a 1-1 draw, but it has been rejected it out of hand.

“The FIFA Disciplinary Committee has dismissed the protest submitted by the French Football Association in relation to the Tunisia v. France FIFA World Cup match played on 30 November,” a short FIFA statement read.

For all the incident caused controversy, it did not actually change anything within the group. France still qualified as group winners and Tunisia were eliminated from the competition.

The result didn’t have any affect on Australia or Denmark either, with the Socceroos finishing second and qualifying for the last 16. They lost 2-1 to Argentina on Saturday evening.