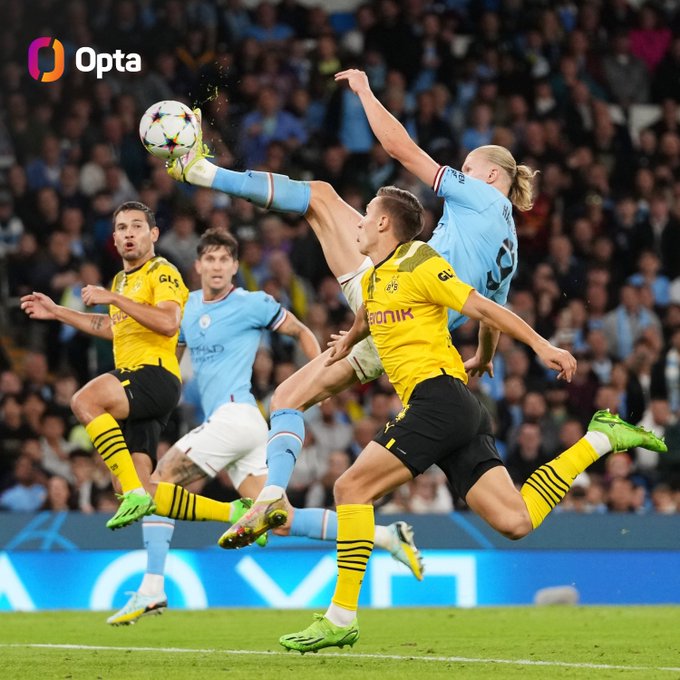 Pep Guardiola’s side had looked to be heading for Champions League defeat when Jude Bellingham headed Dortmund in front early in the second half but John Stones levelled it late on from distance before Haaland had the final say with his cushioned volley.

Man City had been below par for much of the match – Stones’ shot in the 80th minute was their first on target all evening – but with Haaland in the team there is always that threat. The victory keeps them top of Group G with maximum points from their two matches.

It is a quick turnaround for Manchester City because they are in action in the early kick-off on Saturday as they make the trip to face Wolves at Molineux. They return after the international break with the derby against Manchester United on October 2.

Borussia Dortmund’s own derby comes rather sooner than that. They host Schalke in the Revierderby at the Westfalenstadion on Saturday afternoon.