Brazil players paid tribute to legend Pele at the World Cup as he continues to be cared for in hospital. 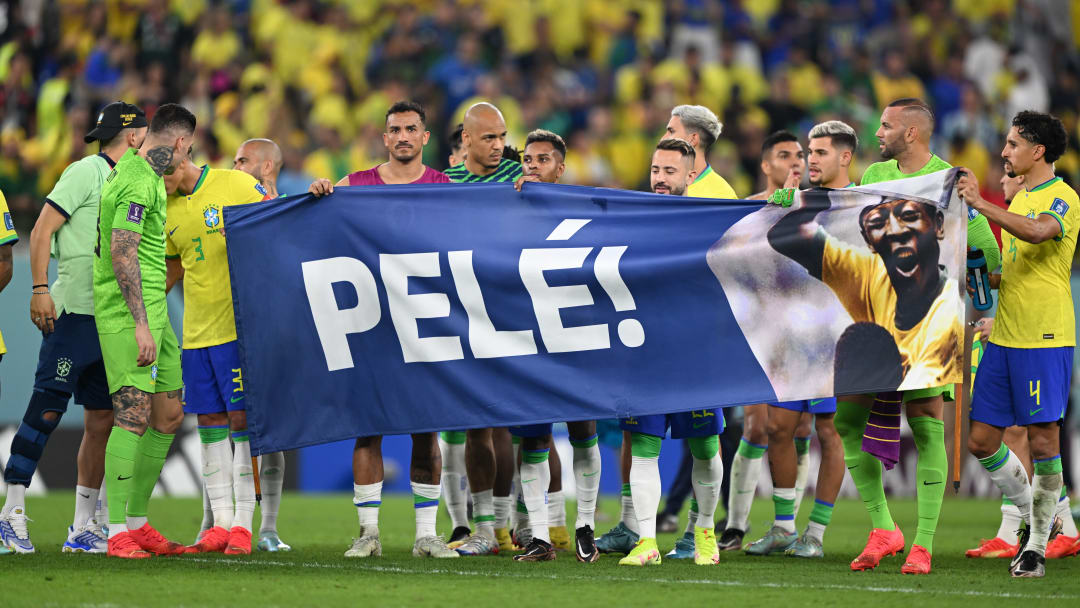 Pele was admitted to hospital earlier this week after he reportedly stopped responding to chemotherapy for bowel cancer.

After Brazil brilliantly booked their spot in the quarter-finals with a 4-1 win over South Korea, the Selecao brought a flag onto the pitch carrying Pele’s name and image. Many fans in the crowd had brought in similar banners.

Before the game, Pele tweeted a message to the players saying that he would be watching the last 16 match from his hospital bed and offering his support like always.

“In 1958, I walked the streets thinking about fulfilling the promise I made to my father,” Pele said.

“I know that today many have made similar promises and are also going in search of their first World Cup.

“I will watch the game from the hospital and I will be rooting for each one of you. Good luck!”

Mixed reports have emerged over the last few days on Pele’s health, with initial claims that he was in end-of-life care strongly denied by his family.

“It’s pretty unfair people saying that he is in terminal condition, that he is under palliative care. Believe us: that’s not it,” daughter Flavia Nascimento said in an interview with Globo TV.

Another of his daughters, Kely, says Pele is hospitalised due to a respiratory infection, adding: “When he gets better he will be back home. He is not saying goodbye in a hospital right now.”