The Lagos State Police Command has deployed officers to the Third Mainland Bridge to prevent another protest over the lingering ASUU strike.

The operatives, led by DPO of Adeniji Adele, CSP Lanre Edegbai, are keeping watch at both ends of the bridge days after the Nigerian Association of Nigerian Students (NANS) blocked Airport Road in Ikeja to protest the strike.

“We will not allow any person or group of persons deprive Lagosians of their Right to Freedom of Movement. 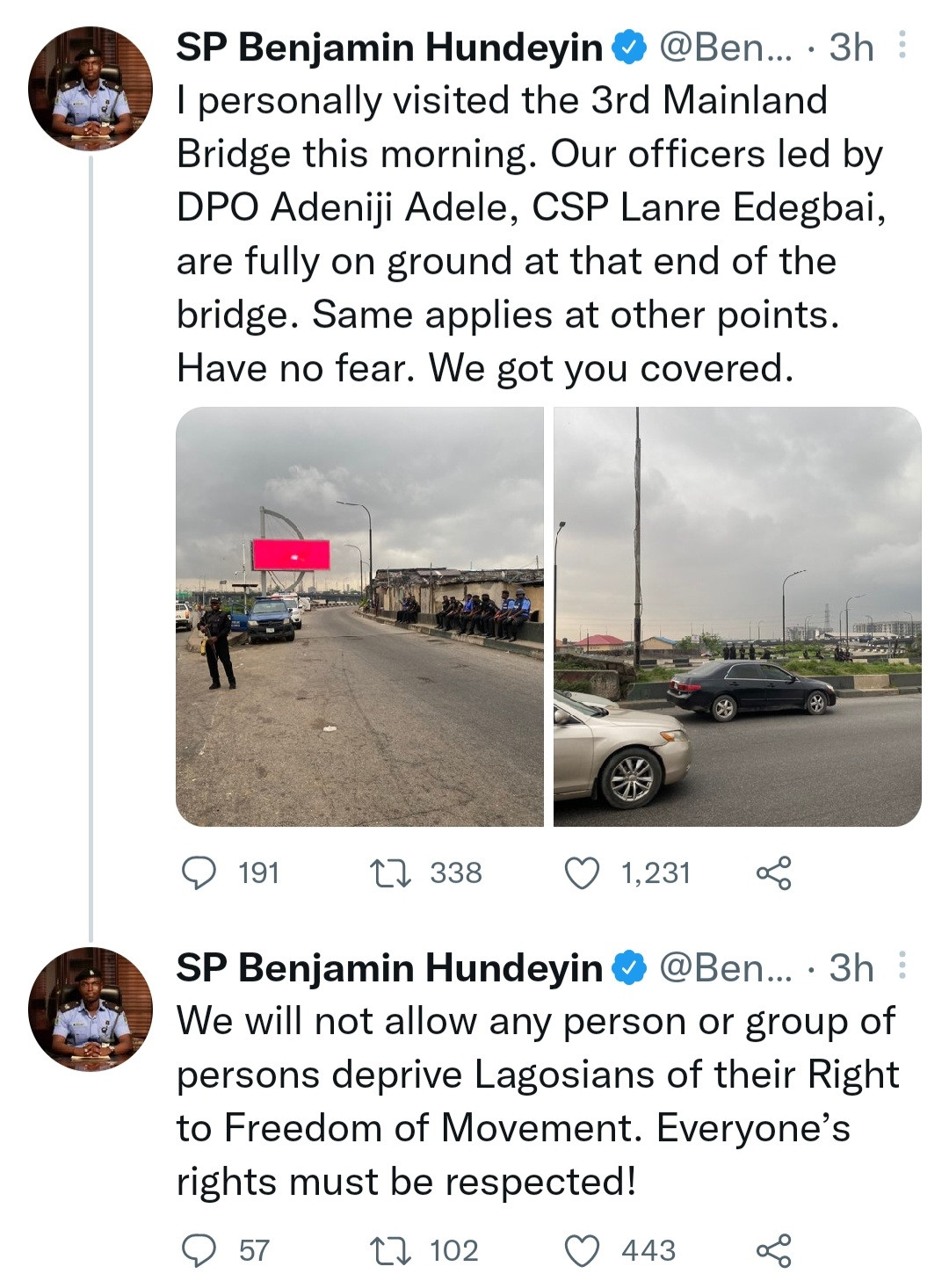 BBC reporter Osasu Obayiuwana responded to Hundeyin’s tweet, writing: “The #Nigerian state, particularly @PoliceNG, is very good at suppressing protests involving people that have no weapons. But when it comes to confronting armed groups, they don’t seem to be as forceful and ‘courageous’.”

Hundeyin replied: “I hope you one day get caught up in traffic caused by protest & miss your flight/appointment/interview. Ambulances too get stuck. I would love to hear you castigate the police for allowing some people hold an entire road or area to ransom. Fortunately for you, we won’t allow it.” 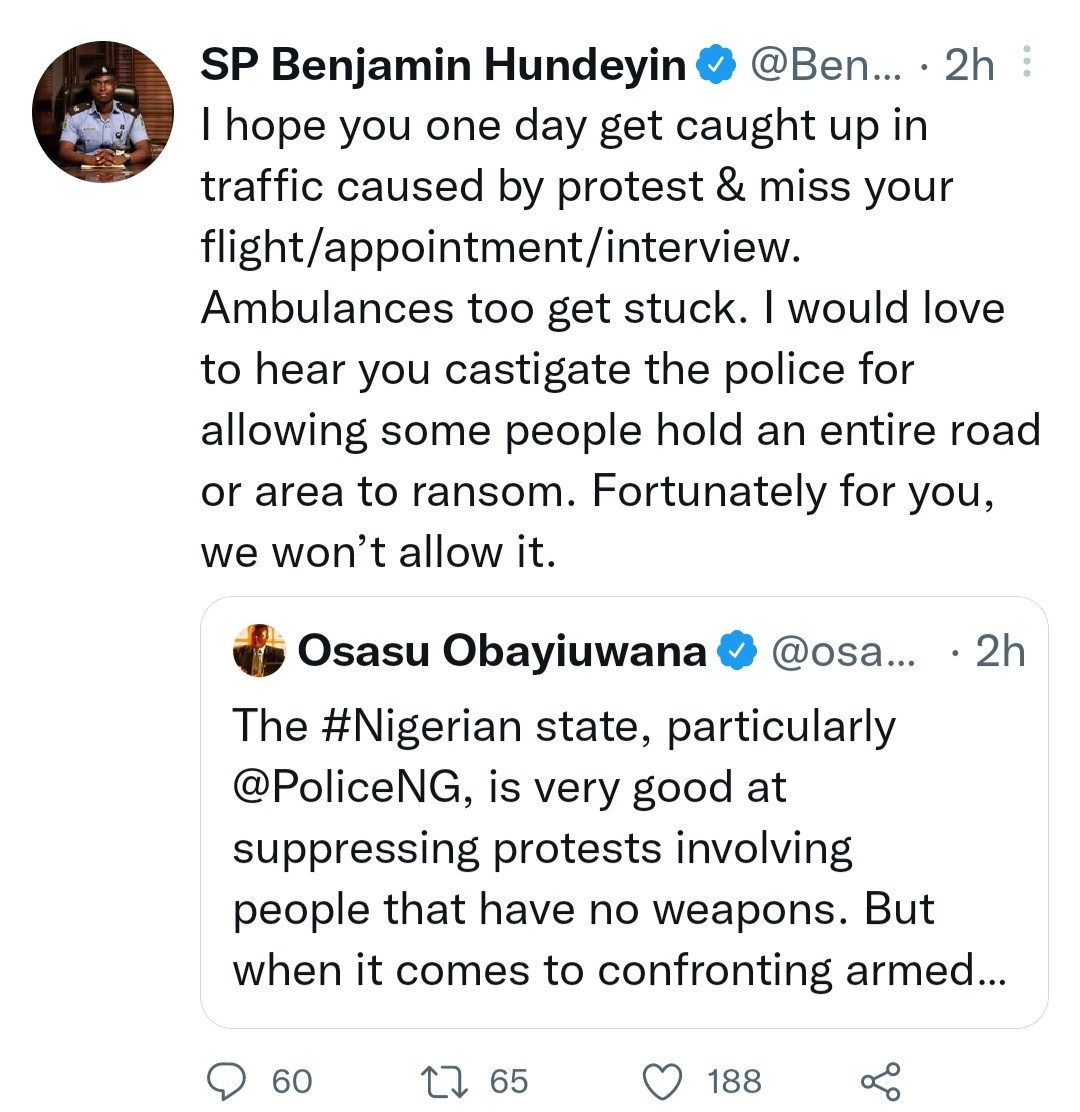 Hundeyin added in another tweet: “Protest by all means. It’s very fine. Just don’t step on other people’s right to freedom of movement. Don’t block the roads. Move in an orderly procession. Students protested PEACEFULLY at UNILAG recently. We were on ground and never interfered.” 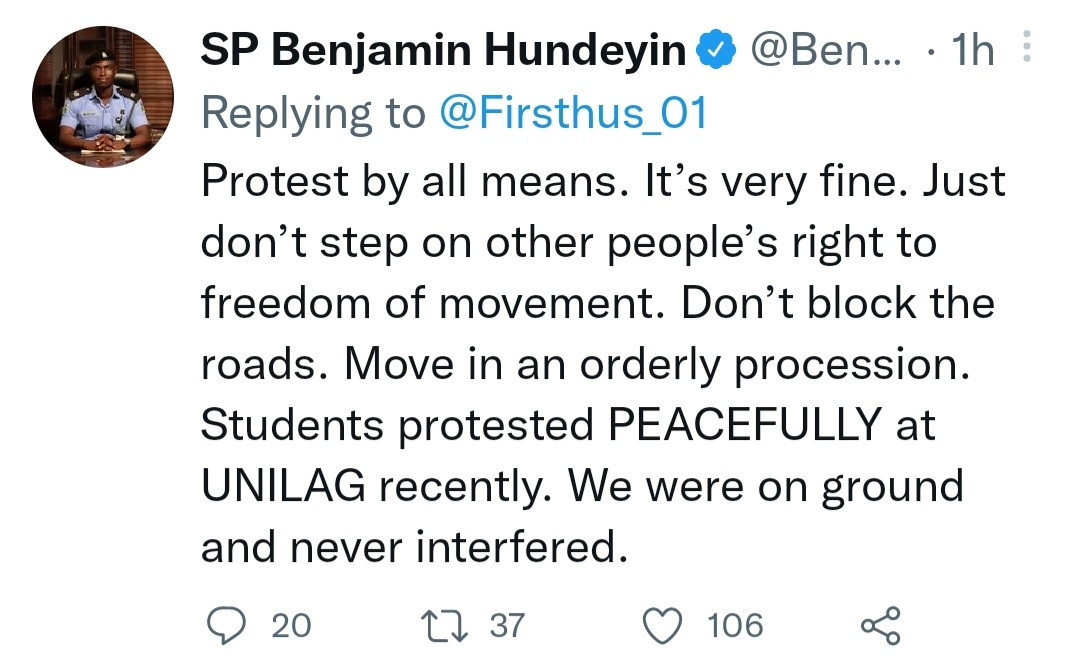 
No going back on community policing – IGP

Defilement: Some parents collect money from the suspects and get an affidavit stating why they don’t want the matter charged to court – Delta Police PRO sayss

No policeman should stand on the road to do stop and search in mufti. It is highly unprofessional and gross violation of the IGPs directive – Police spokesperson Olumuyiwa Adejobi

So the students wants to suffer innocent people who use that road for what they didn’t cause. ASSU strike is caused by the failure of Buhari and not the innocent people that use this 3rd mainland bridge.

Let these students go to Aso Rock and protest not on airport, and roads. They are just punishing innocent people for the wrongs of the government. It is not fair